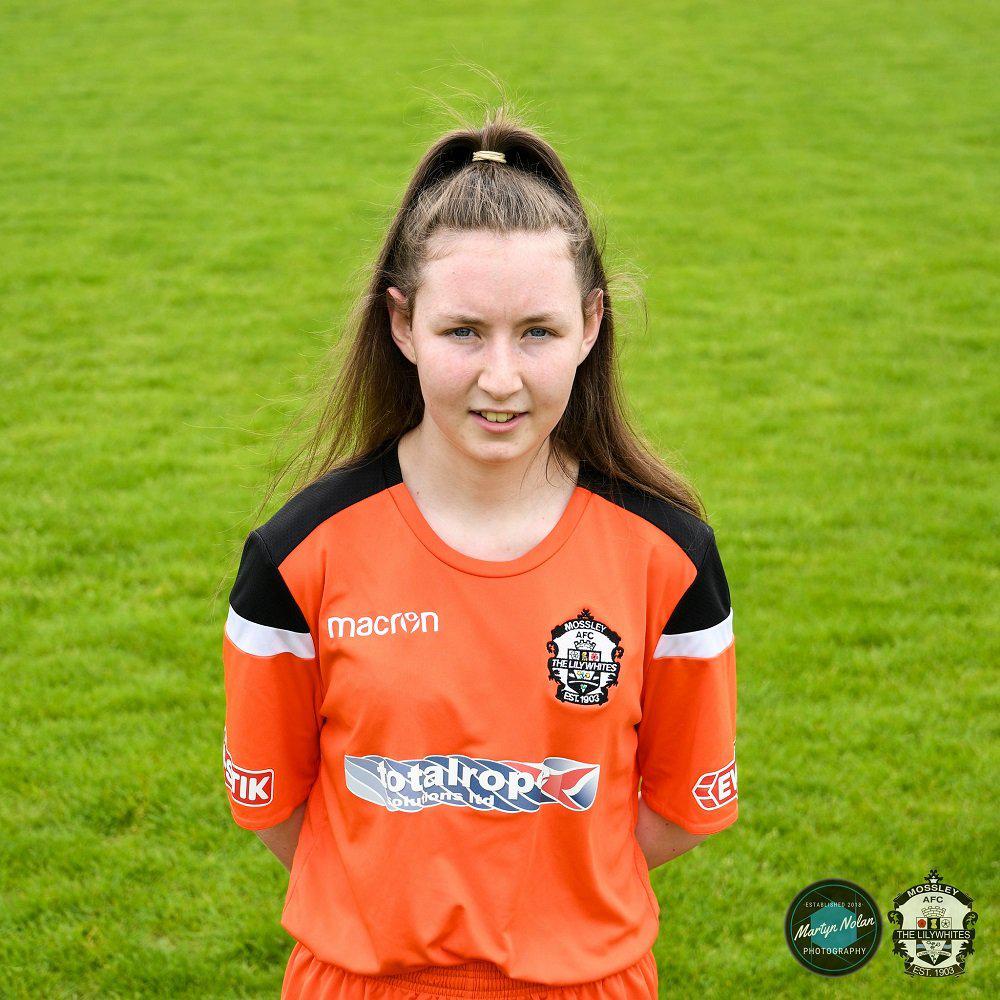 Grace Burke opened the scoring early on and the rejuvinated Lily's were unstoppable after that. Aaliyah Borland doubled the lead on 15 minutes when she pounced to tap home after Ellie Clarkson and the home keeper had challenged for a 50/50 ball.

The unfortunate Ashton keeper played no further part and the hosts were forced to put an outfield player in goal. Grace Burke added a third goal from a 25 yard free kick soon after.

Ellie Clarkson made it four with a great finish from the edge of the box and this was quickly followed by Maizie Concar scoring from an acute angle to make it 5-0.

Ashton enjoyed their best spell in the final minutes before the break and scored a consolation goal deep in stoppage time.

Mossley continued where they left off and added a sixth goal on 52 minutes. Fogarty's raking ball was in the path of Elli Price and Mossley's pocket dynamo burst clear to slot past the stranded keeper.

Niamh Fogarty then scored two superb goals in quick succession with well hit shots from distance and the scoring was rounded off by 'Woman of the Match' Aaliyah Borland who dipped a superb 35 yard shot into the top corner.

Mossley pressed hard to make it double figures but will be delighted with a 9-1 win. The perfect response to last week's poor performance.