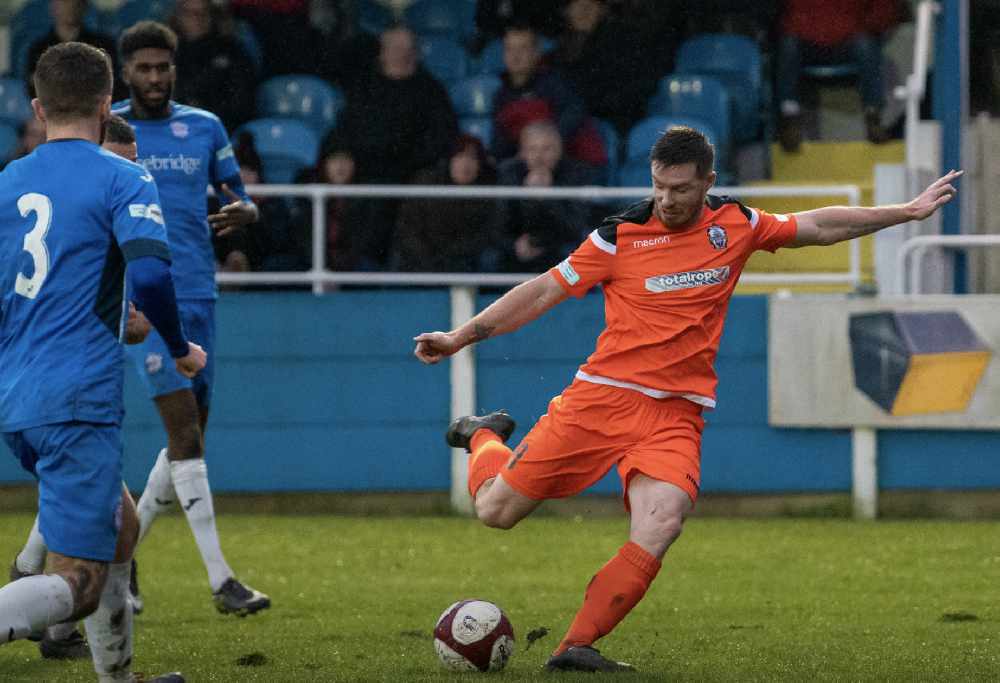 Hosts Ramsbottom United gave a clinical display of finishing as they exploited Mossley's defensive frailties at every opportunity to inflict the Lilywhites heaviest defeat since November 2016.

The free scoring Rams, who were presented with the NPL team of the month award prior to the game, gave a superb display of finishing against a Mossley side who never gave up but were punished in clinical style as every error was pounced upon while Mossley failed to capitalize on various mistakes made by the home defence.

Mossley had the first chances of the game in the opening minutes but Kayde Coppin's effort was starlight at Rams keeper Tom Stewart and Ben Halfacre fired wide after some good approach play by Raheem Hanley.

Coppin was the unfortunate victim on ten minutes when his outstretched leg accidentally upended Evangelinos and Tom Kennedy drove home the resulting spot kick to put the home side in the driving seat and drive they did.

Rams approach play had more fluidity than Mossley's and they doubled the lead on 25 minutes when Karl Jones, who was giving Dieter Downey a torrid afternoon, fired home the second goal.

Mossley responded well to the latest setback and gave themselves a foothold on 34 minutes when good work by Hanley on the right was aided by a defender losing his footing and Jamie Rainford found space to fire home a low shot from ten yards against one of his former clubs.

The Lilywhites enjoyed a good spell and had the Ramsbottom defence creaking but it was the home side who scored next on the stroke of half time as Mossley needlessly conceded possession and Nick Evangelinos took advantage to score with a well taken shot that gave Theo Roberts no chance.

Mossley opened the second half knowing they needed to score the next goal but instead it took the home side only two minutes to make it 4-1 and effectively end the game as a contest when Ruben Jerome cut in from the left wing to fire home a fine solo goal.

Two more goals in quick succession on 53 and 55 minutes took the tally to six as the dangerous Ruben Jerome and Josh Hmami gave the scoreline an increasingly lopsided look.

The seventh and final nail in the Mossley coffin was scored by substitute Mason Fawns on 79 minutes.

The beleaguered Lilywhites didn't throw in the towel though as Rainford, Coppin and Hanley along with substitutes Uchegbulam and Brooke kept the home defence and keeper on their toes through to end of the game but without reward on a day the traveling 60 or so Lilywhites fans will quickly want to forget.