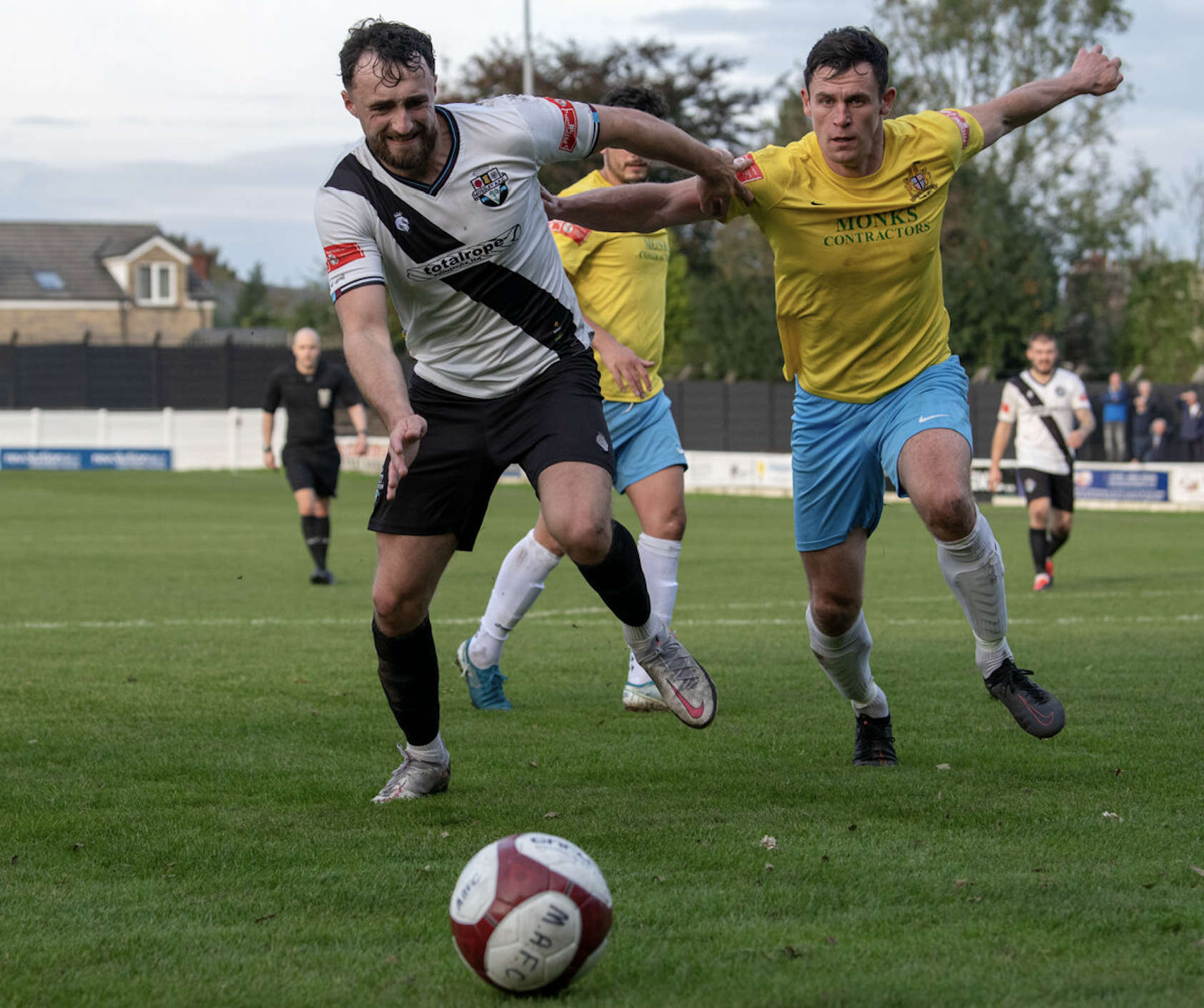 On Saturday, Mossley were forced to settle for a goalless draw against a powerful and very direct Clitheroe side after Kain Dean was the unfortunate recipient of a second yellow card.

The game itself was something of a war of attrition between teams of very contrasting styles. Mossley, all pass and move and big switch versus Clitheroe, all long high balls and scrap for the knock downs, a style that suited the visitors very well due to the imposing presence that is their number 9 Sefton Gonzales.

Fortunately for the Lilywhites the central defence of Evans and Matthews coped admirably and largely nullified the aerial threat provided by Gonzales. It was however, to Mossley's detriment that they often got lulled into playing too many long balls themselves, a style that doesn't necessarily suit.

First half highlights witnessed - Hadlow saved well from Dent's effort, Butterworth was denied by Thompson after a slick move. Clever approach play by Pratt saw Thompson again forced into action and the Clitheroe keeper was again called upon when denying Butterworth at pont blank range after good work by Pratt and Kuba-Kuba, Hadlow saved well at the feet of Baker before Kuba-Kuba fired over after wrong footing his marker as Mossley edged the first half chances.

Mossley re-introduced Mason Fawns, back from injury, in place of Levi Phillips at the break but the second half continued in the same vein with neither side able to force a clear opening. This despite Gonzales power plays for Clitheroe and Fawns' clever probing for the Lilywhites.

Main talking point of the second half was a 'nailed on' penalty appeal by Mossley after Priestley blocked Keogh's goal bound effort with a quickly outstretched and withdrawn arm which should have seen the Clitheroe joint player-manager red carded and penalty awarded. However, despite pretty much everyone in the ground spotting it, the referee and assistants failed to do so and so play continued.

With around fifteen minutes remaining Mossley were reduced to ten men. Kain Dean, having been booked in the first half for a 'professional' foul was caught in possession trying to shield the ball out for a goal-kick and brought down his opponent McKenna just outside the box. A second yellow meaning a red card for the young Mossley left back.

Fawns tried a cheeky long range effort that flew narrowly wide while at the other end Mossley survived a late scare as Gonzales threatened to go clear but he lofted the ball over the bar and that was just about that.

It was two points dropped perhaps or a point gained perhaps as the Lilywhites had to play out the game a player light. 0-0 and a point apiece nonetheless.