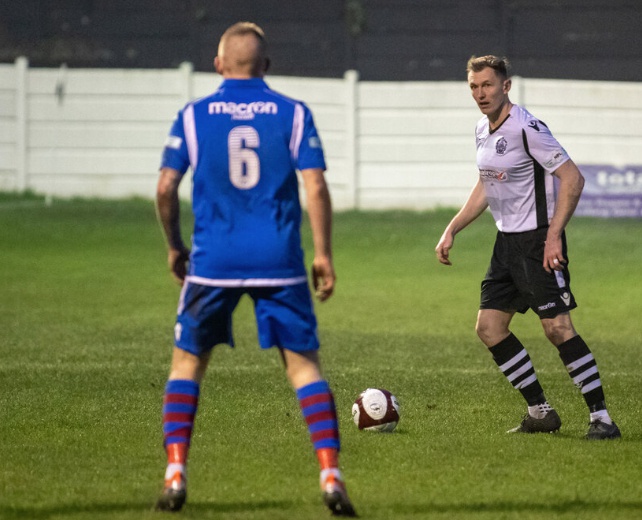 A controversial goal by substitute Jamie Rainford saw Mossley take the points in the New Year Derby after a below par Droylsden had got back into the game with a Jack Kay equaliser minutes earlier.

With the Droylsden defenders appeals for offside ignored, Rainford struck the ball past Thompson with 12 minutes remaining.

Jes Uchegbulam had put the home side in front on 17 minutes after Tom Moore failed to deal with Fitzgerald’s through ball.

Earlier, Moore had a chance for the visitors, his header at the far post coming back off the woodwork.

Mossley though had the better of the first 45 minutes, Thompson called into action to save well from Brooke while the same player saw his header come back off the woodwork on the stroke of half time.

With half an hour left and having created little, Droylsden shuffled the pack bringing on Dom Smith, Harry Conon Noren and Shaquille Clarke and two of the three combined to set up Jack Kay to equalise on 72 minutes.

The Bloods could have gone ahead shortly after, Clarke breaking down the right only to badly slice his attempt before Rainford’s strike put the home side back in front.