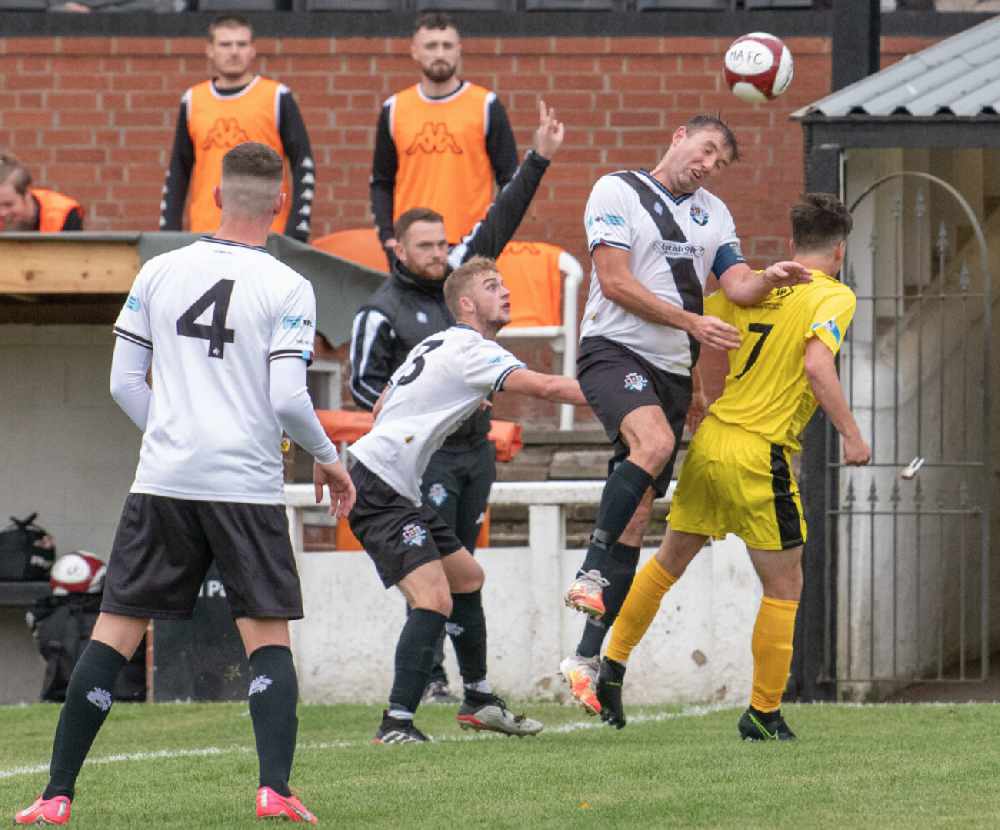 Mossley proved too strong for a lively Pickering Town side at Seel Park on Saturday and could easily have won by a far bigger margin as the Lilywhites gave another impressive performance in front of yet another 400 capacity crowd.

The first half highlight was the performance of winger Matty Waller, who was one of two changes to the Lilywhites starting line up. The other being the competitive debut of midfielder Jordan Butterworth with Jes Uchegbulam and Kane Hickman named on the bench after their exertions in the Ramsbottom game.

The lively trickster Matty Waller caused mayhem for the Pickering defence on regular occasions and was ‘controversially’ rewarded with his first Mossley goal when his far post header from Mulvey’s deflected cross somehow found it’s way into the Pickering net via the bar to give the Lilywhites a 9th minute lead.

Mossley appeared firmly in control of the game as the visitors struggled to make any inroads into a Mossley defence, martialled superbly once again by the outstanding Evans and Grundy central defensive pairing.

Captain Keogh fired narrowly wide before Mossley thought they had a second goal when Mulvey’s shot hit the underside of the bar. With opinions split as to whether the ball had crossed the line, no goal was given.

Mulvey and Waller both came close to scoring before Pickering found a shock equaliser. A free kick on from deep on Mossley’s left flank was powerfully hammered home by Ben Clappison totally against the run of play on 25 minutes.

Pickering were level for only four minutes though as Waller again caused havoc on the left wing before his cross was deflected into the path of Ryan Shenton who calmly bagged his fifth goal in four games from eight yards out.

Harry Pratt replaced Danny McLaughlin at the interval to lead the line and he almost made an immediate impact as he got on the end of Mulvey’s cross but his effort went narrowly wide.

Ethan Kershaw replaced Shenton and Mossley continued their assault on the visitors goal. Pratt again came close with an acrobatic effort after great work by Mulvey before Butterworth had an effort well saved by the increasingly busy Picks keeper Riches.

Mossley won three successive right wing corners. The first two Mulvey flag kicks were headed behind by defenders but the third was powerfully headed home by Declan Evans on 61 minutes.

Uchegbulam then replaced Mulvey and very quickly set up Mossley’s fourth goal as his perfect cross was again headed home by Declan Evans for his second of the game. Amazing when one considers the Mossley number 6 had scored only twice in 108 previous appearances for the Lilywhites before netting twice in the space of five minutes in this game.

Mossley had several further chances to increase the lead. Uchegbulam headed over after some great work by Pratt and both Pratt and Uchegbulam were denied by good saves by the Pickering keeper.

A late attack by Pickering saw the underworked Lovell make a comfortable save and that was that. Another superb three points for this exciting young team and onto the next challenge.