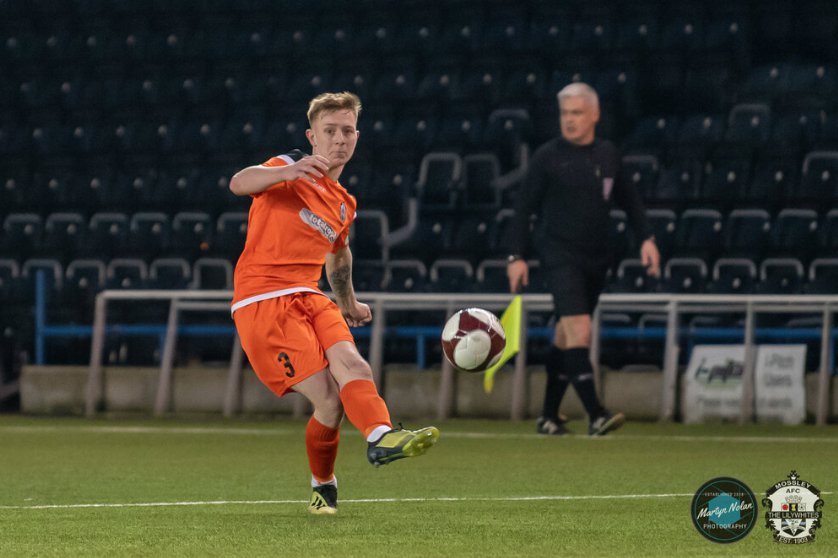 Mossley were held to a goalless draw at Widnes' Halton Stadium on Saturday in a game that could have gone either way.

In the hollow atmosphere-less 13,000 capacity Halton Stadium, the orange clad Lilywhites took a while to settle as the home side buzzed around the Lilywhites box with James Murray and player-manager Kevin Towey prominent in the home side's best work.

Mossley's first attack of note saw Andy Keogh's effort saved comfortably by Tom Scott while at the other end Theo Roberts made a smart save to deny Murray.

A deep free kick for Widnes saw Lilywhites keeper Roberts and team-mate Declan Evans collide. Both were hurt. Roberts continued with an injured hand but a dazed Evans, making his 100th appearance for the club, was forced to leave the field and was replaced by Gary Gee with captain Keogh dropping into the back four.

Roberts was forced into making another good save to deny the lively Murray as Widnes edged the first half without reward.

The second period saw Mossley begin to get the upper hand as Kayde Coppin headed narrowly over from close range. At the other end George Webster's effort was drilled across the face of the Mossley goal with Keogh enacting an unorthodox goal-line clearance.

Gary Gee saw his header saved by Scott before Mossley's best move of the game saw Gee win two tackles before feeding Coppin on the left. Coppin's cross was volleyed goalwards by substitute Szymon Czubik but Scott was able to turn the ball away to safety and one last chance saw Coppin feed Dieter Downey on the left but his first time shot flew wide and both sides had to settle for a share of the points.