Mossley Are In Seventh Heaven 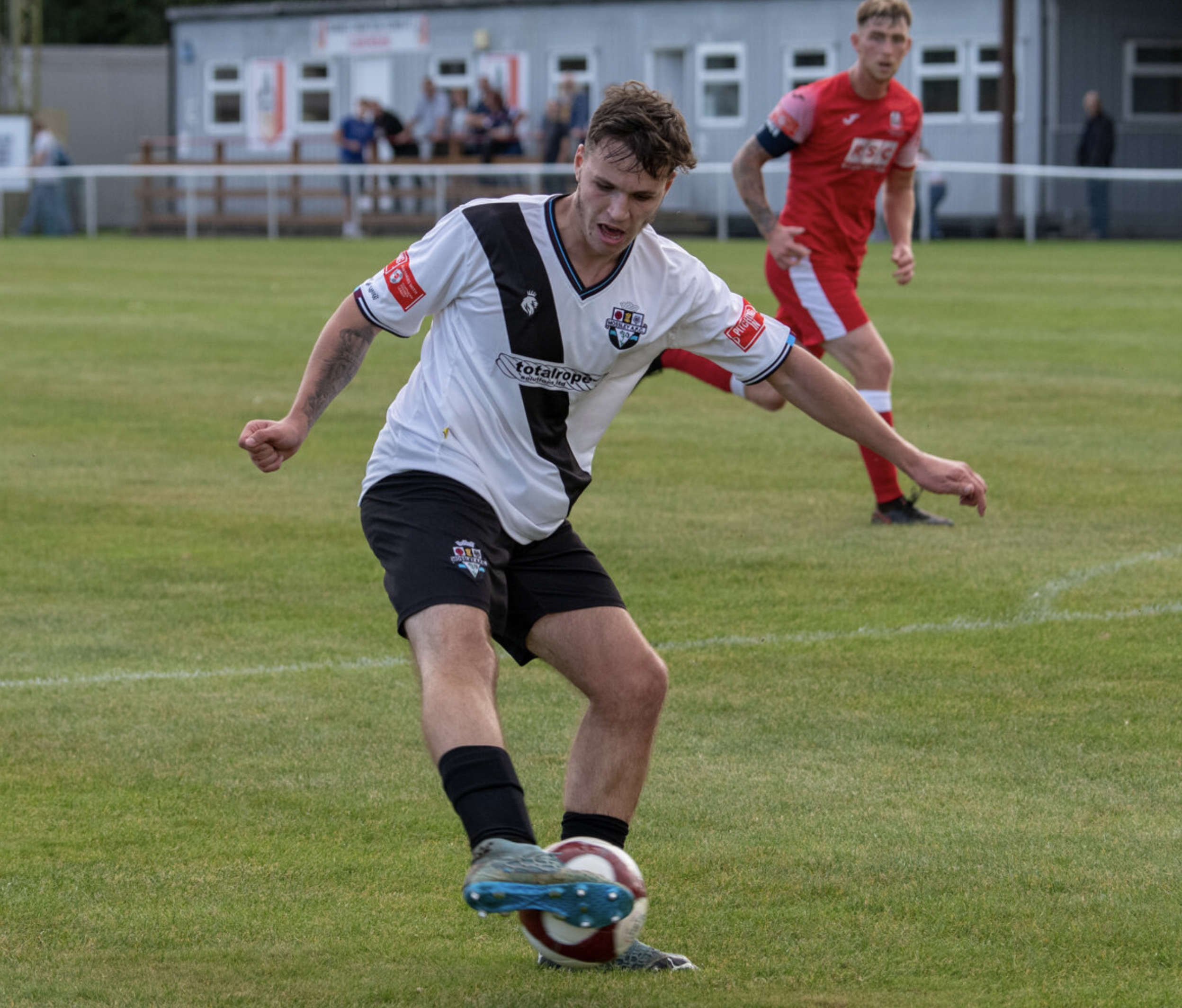 Mossley simply swept aside bottom of the table Market Drayton Town in Saturday's visit to Shropshire as a Mason Fawns hat-trick helped the Lilywhites to a record breaking 7-1 victory.

Mossley gave a first start to recent signing Will Shepherd who replaced Jack Grundy in the right back berth, Levi Phillips returned to the side after being cup-tied for last week's game and new signing Jack Banister went straight into the starting line up on the left wing.

Apart from blocked efforts by Evans and Banister from a Fawns corner it was a largely unremarkable opening period that was suddenly brought to life in the 15th minute when Harry Pratt hit a well struck shot from the edge of the box that took an unlikely bounce to fly over the body of the diving home keeper to give the Lilywhites the lead.

Mossley pressed for a second and Fawns, Pratt and Banister were involved in a move that saw Phillips head narrowly wide before the Lilywhites got their reward on 27 minutes. Banister beat his marker before playing a great ball in behind the home defence that Levi Phillips smashed home for his first Mossley goal.

The ever creative Fawns quickly made it 3-0 as his turn and shot from the edge of the box found the net despite the keeper getting a hand to it..

Fawns didn't have long to wait to add another goal as Pratt was brought down as he raced into the box and the former Ramsbottom play-maker stepped up to smash home from the penalty spot to give the Lilywhites an unassailable four goal advantage going into the break.

Bailey Marsden replaced Kane Hickman at the interval before Pratt and Fawns both went close early in the half as Mossley continued to dominate.

It didn't take too long before Mossley went further ahead on 61 minutes. Dean whipped in a superb first time ball from Banister's pass which found Fawns who's header was brilliantly kept out by the keeper but Shepherd followed it in to make it 5-0.

More great play by Mossley saw substitute Kilner head over after good work by Marsden and Dean. Marsden was then twice denied, the second time by a great save by home keeper Rawlings.

Fawns completed his hat-trick and made it 6-0 with ten minutes remaining as he started and finished a lovely move that saw Marsden selflessly return the ball to him for a tap in when he could perhaps have scored himself.

With victory long since confirmed Fawns left the field to rapturous applause from the traveling Lilywhites fans moments after completing his treble to leave the Lilywhites to finish the game with ten men as they had already used their allotted three substitutes.

Market Drayton scored a consolation goal in the 89th minute when Joshua Brown scored from close range when a rare home corner kick was headed into his path.

By way of response Mossley added a seventh a minute later to complete the scoring. Pratt controlled brilliantly on the half way line and played to the right to Kilner who drove forward and in turn played the ball across for Jordan Butterworth to tap home to complete the Lilywhites biggest ever away win in the Northern Premier League eclipsing a 7-2 win at Southport way back in November 1979.