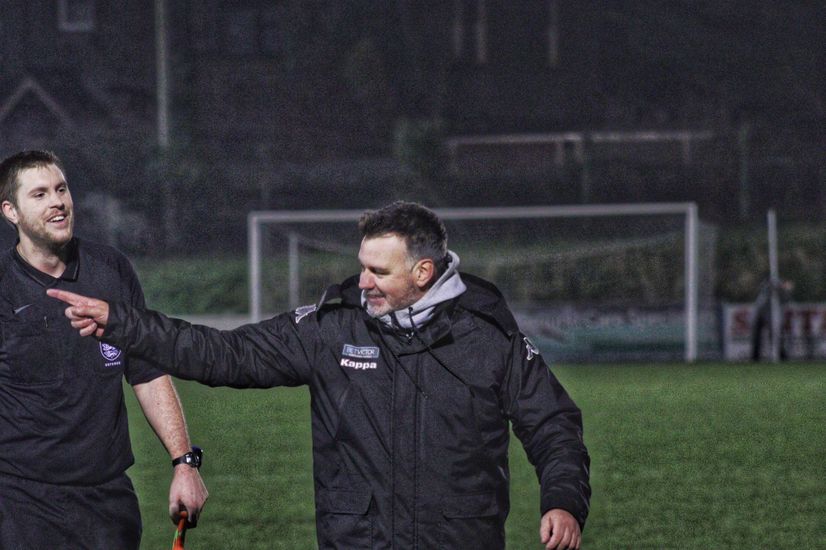 "It is with regret that Glossop North End wishes to announce that yesterday afternoon the club received the news of the resignation of Lloyd Morrison from his position of joint manager at GNE (a role conducted in conjunction with Pete Band).

Lloyd sites a change in personal and work circumstances behind his resignation from the club which was taken with a heavy heart and caused by a multitude of scenario’s. Lloyd has recently taken on a new job after being furloughed since March, with the new role requiring more travelling and longer hours than previous. This, together with GNE’s placement in the NPL South East division for a second year running, means that Morrison is no longer in a position to offer the commitment he feels the role deserves.

Lloyd will however be keeping himself firmly in football following his resignation from The Hillmen, as he shall be joining NWCFL First Division South outfit, Cheadle Town, as manager. With travelling commitments being significantly reduced in the NWCFL, Lloyd will stay in football whilst working his new job.

After an amateur playing career which saw him play for Chadderton, Maine Road and Mid Cheshire League side Styal, Morrison became player manager at Styal winning the League title in his second season in charge. He then stepped up to the NWCFL with Flixton and with little or no budget took the now disbanded club from adrift at the bottom of the NWFCL when he took over, to avoiding relegation. Flixton then finished 15th in his first full season and 8th place in 2011/12 before he took over at Winsford in July 2012. Following his time at Winsford, Lloyd teamed up with Pete Band at Mossley up until the pair’s departure from Seel Park in March of 2018.

Lloyd wishes to give his heartfelt thanks to all official’s, volunteers, supporters and players at Glossop North End for their contribution to his all enjoyable experience during his time at the club.

Glossop North End would like to put on record their sincere thanks to Lloyd for his time and efforts at the club since his arrival in October 2018, which included saving the club from relegation in the 2018/19 season followed by an entertaining season last year in the NPL South East alongside Pete Band. It should be said that Lloyd leaves on more than good terms with everyone here at GNE, we wish him all the best for the future."