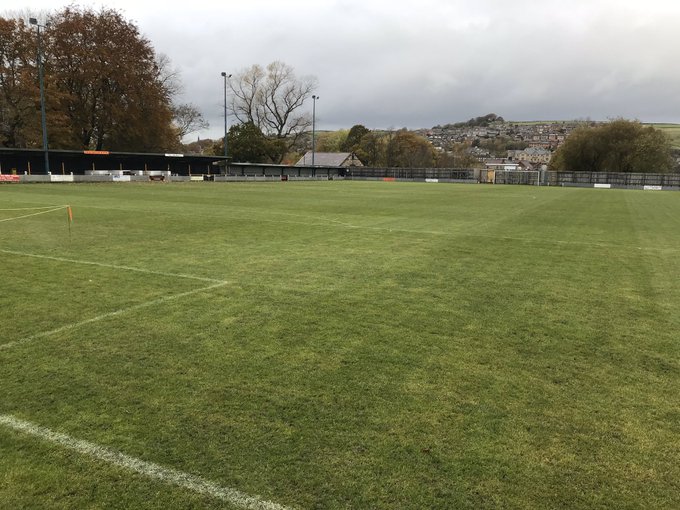 The Millers finally recorded their first home win of the season, which sees them climb several places up the North West Counties Division One South league table, after producing a clinical second-half performance to see off Abbey Hulton United at Church Lane.

Going into the game on the back of two defeats, Millers joint-boss Dave Birch had spoken in his programme notes of the need for his side to be more clinical in front of goal, after seeing his men lose to league title favourites Vauxhall Motors last Saturday - a game in which the Millers enjoyed the better chances and the lions' share of possession. Birch was to see his men produce the performance he had been asking for, after a frustrating first half in which the Millers wasted opportunity after opportunity.

With Dylan Forth unavailable, Alex Fowell returned in goal for the Millers, while Tommy Lent continued at right-back alongside Harry Norris, Benito Lowe and Adam Cooper. Recent signing Kyle Oakes took his place in midfield with skipper Darren McKnight and Elliot Cooke, while Shelton Payne, Mike Norton and Darryhl Mason lined up in attack. Will Ozono dropped to the bench and took his place alongside Jake Pollard, returning to the club for a further spell after spending the last 18 months with Avro.

The Millers started brightly, passing the ball well and sending in several promising crosses, but it was the visitors who took the lead when Josh Bowden capitalised on a defensive error to fire Abbey Hulton ahead.

The Millers came close to responding immediately, as a great team move ended with a low cross by Payne that narrowly evaded any attacker in a crowded area. A similar move on 20 minutes saw veteran striker Norton presented with a glorious opportunity, but he missed his kick and Oakes fired over from the resulting clearance.

As half-time approached, the Millers' dominance paid off. Payne was fouled just outside the area and McKnight’s low free-kick was turned home from close range by Harry Norris, for his first goal for the club. The first half came to an end with the scores level, but there was certainly an air of optimism among the home supporters after seeing their side create a number of chances during the opening period.

The second half was only five minutes old when the home side went ahead. A cross into the area found its way to Norton and the Millers joint-boss made no mistake, firing into the top corner from 18 yards out. It was to be Norton’s final action of the game as he was replaced by Ozono, a change that was to prove crucial as the additional pace in attack stretched the visitors defence time and again for the remainder of the contest.

McKnight went close on the hour mark, firing a 35-yard effort just over after spotting the keeper off his line, and the midfielder was the architect again moments later when the Millers did add their third goal.

Jinking around several players into the Abbey Hulton box, McKnight squared to Payne and the attacker made no mistake, firing home from six yards out. Payne forced a good save from the keeper on 63 minutes, and the visiting custodian came to their rescue again two minutes later, Mason sent in a low cross that found Ozono unmarked just three yards out, but somehow his effort was saved.

Cooke had tormented the visiting defence throughout and his low cross was turned in by Oakes with 25 minutes to go, making it 4-1 to the Millers, and Oakes was to be the creator five minutes later as his free-kick was diverted home by Mason.

Substitute Jake Pollard, introduced for Payne with 20 minutes to go, wasted two glorious chances, firing well over when clean through and then shooting wide after being set up by fellow substitute Sam Watson seconds later. Pollard was to repay the compliment with 10 minutes to go, sending Watson clear and the 17-year-old made no mistake, sending a low effort into the far corner for the Millers' sixth of the evening.

There was still time for Mason to go close, before the referee brought proceedings to an end. The Millers recorded their biggest home league win in several seasons, while producing one of their finest performances to go with it. Both sets of players were applauded warmly from the pitch at the end by an appreciative Church Lane support.

Next up for the Millers is a trip to Cheadle Heath Nomads this weekend, and joint-managers Birch and Norton will be looking for more of the same from their team this weekend and continue to move up the league table.