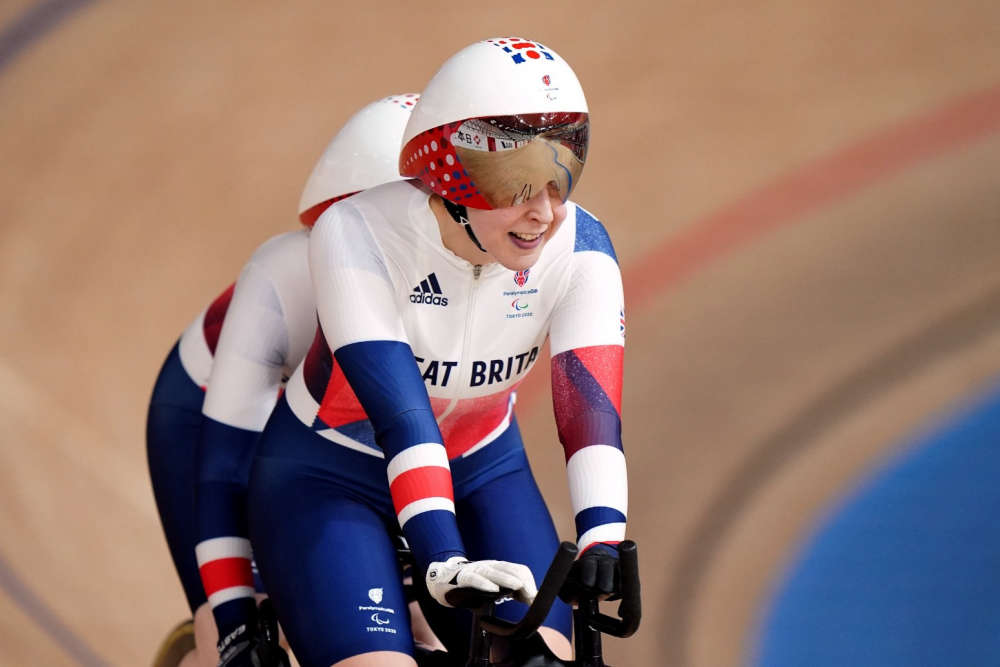 Scottish-born McGlynn has once again shown her strength during the latest medal win for Team GB. The visually impaired athlete took silver in the women's B 1000m time trial with a personal best of 1:06.734.

The three-time Paralympic champion now lives in Mossley and was reunited with pilot Helen Scott just 12 weeks ago. She had previously won silver and bronze alongside Scott in 2012.

This success comes as welcome news to McGlynn who, after winning one gold in Athens 2004 and two in Beijing four years later, had ceased training 12 months ago. The retirement of Sophie Thornhill left Helen Scott searching for a new partner so Aileen returned to the track.

The pair’s achievement brought Britain’s fourth cycling medal of the Games following gold for Dame Sarah Storey and silvers for Crystal Lane-Wright and Steve Bate on day one.

Posting to her Twitter, the OBE said, "absolutely delighted to have set a lifetime PB and win the silver medal with Helen Scott. We've only been back training together for the last 12 weeks and we have had a fantastic time training along with the support from British Cycling."