Mark's legacy lives on through youngsters 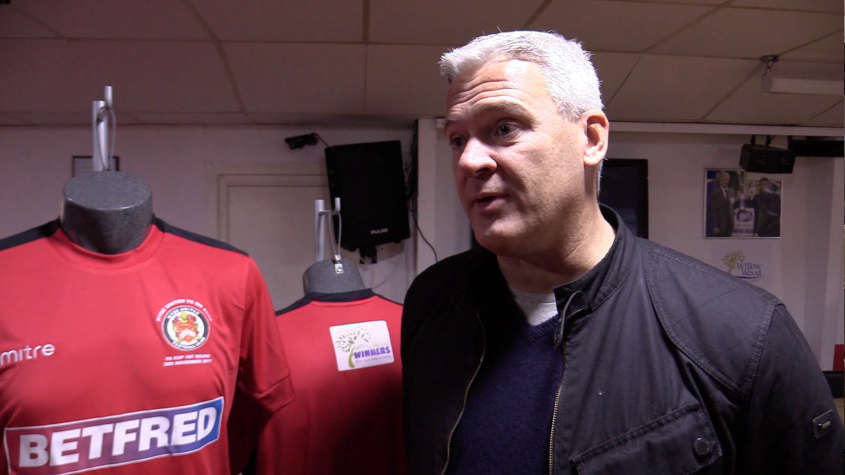 Mark, an ardent supporter of the club, who financially supported the first team via a kit sponsorship, tragically died from a sudden heart attack aged just 52 in April 2019.

His family, friends and loved ones decided to honour his memory by creating the Mark Worthington Foundation - a charitable organisation that supports young people of all abilities who need that extra help to change their lives through sport. More specifically, the foundation's mission is to use football and sport in general to support young people and young people with a disability to achieve their goals.

Mark was a much-loved figure at Ewen Fields and not only supported the first team, but also played a major part in the Academy's success and encouraged the progression and development of the women's team.

His legacy has been kept alive through the Foundation, which was given the official green light in April 2020, by helping numerous clubs and individuals prosper, including Cerebral Palsy United FC, Kent FA's Children's Blind Football, and swimmer Adam Geddis, who has Developmental Coordination disorder and Muscle Hypotonia.

Some of Mark's friends have also raised additional funds for the charity by taking part in their own challenges. Lee Wilshaw and Tom Stott completed a Quarantine Ironman Triathlon, which consisted of a 2.4 mile run instead of a swim, a 112 mile bike ride to Derby and back again, followed by a 26.2 mile marathon to complete the challenge. Their efforts generated £1,475.89.

The Foundation (TMWF) accepts applications from young people between five and twenty-five years of age who are experiencing financial hardship or suffer from a physical and/or mental disability.

For more information, head to the following website: https://www.themarkworthingtonfoundation.co.uk