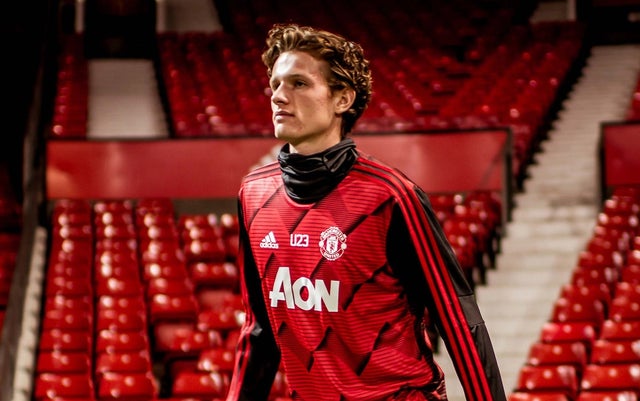 Stalybridge Celtic have completed another impressive signing as young defender Max Taylor has joined on loan from Manchester United until the end of the season.

Max joined United in 2014 following a trial and he has featured for the club's Under 18s and Under 23s.

During the 2018/19 season, he required cancer treatment and thankfully responded successfully to treatment, returning to training in September 2019.

Max’s first appearance since his surgery came in October against Swansea City’s Under 23s.

In November 2019, he flew to Kazakhstan as part of Ole Gunnar Solskjaer's squad for their UEFA Europa League group-stage match against FC Astana.

Celtic said in a statement: "We are delighted to have Max at Bower Fold and wish him all the best for his time with Celtic. The club would like to thank Manchester United for allowing both Max and Alex to join us for the remainder of the season. Welcome to Celtic, Max!"

Taylor will be looking to get games under his belt in the coming weeks and could make his Stalybridge debut when Celtic travel to Atherton Collieries for the very first time on Saturday.