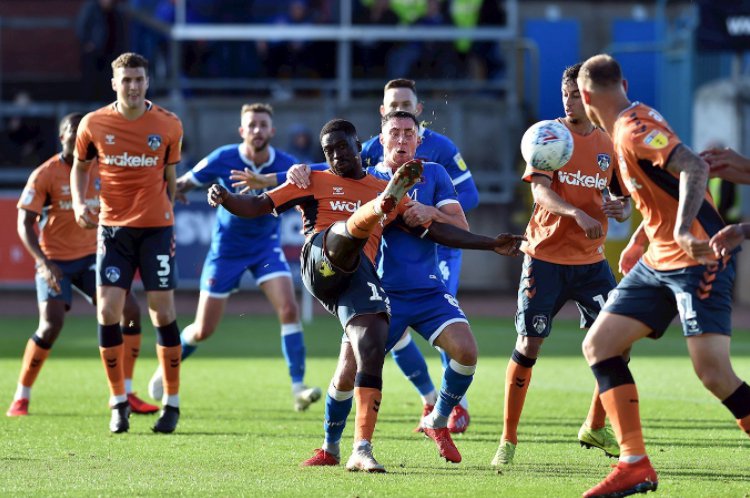 Dino Maamria suffered his first defeat as Oldham Athletic manager after a 1-0 defeat at Carlisle United on Saturday.

Latics entered the game on the back of a 3-1 victory over Morecambe just seven days earlier, but showed little sign of any quality at Brunton Park as the Cumbrians were rarely tested defensively.

The only goal of the game arrived in the third minute, on-loan Scunthorpe United striker Olufela Olomola found space inside the box and slotted home with ease.

Olomola should have given the hosts a 2-0 lead just a few minutes later, but after cutting in from the right and darting forward, his shot drew a fine save from Gary Woods in goal.

Oldham heeded the threat and created a few chances of their own. Christopher Missilou smashed an effort over the bar from just outside the box, before Zak Mills' cross was headed just wide by Desire Segbe Azankpo.

Maamria's side had the better of the chances in the opening stages of the second half, with Mohammed Maouche racing through on goal before slotting his effort wide of the target.

Opportunities were few and far between from this point on, although the hosts should have wrapped the game up in the final few minutes. However, after bustling his way forward, Ryan Loft's effort forced a great save from Woods.

Following the defeat, Maamria spoke to Oldham's media team and said:"There were some good bits, some not so good bits. I think the biggest thing is you don't come to places like this and concede the goal with the manner that we conceded in the third minute.

"They've not won since the 3rd August I think at home. The game-plan obviously was to make sure we stay in the game and we try and get that first goal because that would put them under pressure."

He added: "I thought our start was very, very sloppy. We controlled the game after that, we had some brilliant chances especially in the second-half. We could've easily got one in and I think if we got one in we'd have gone on to win it.

"We didn't, but it's another learning day for me in terms of learning about the players. I think we've got a good group, but last week was a fantastic performance and this week you see the level, they dropped the level.

"I think the learning bit there is if you're going to be serious about winning, win after win to do that, you've got to win and do more the following week to win again. But I think that's something I need to instil in this group of players because technically they're good enough."

"They're good lads, there's no bad eggs there and are a pleasure to work with, but I think they need to learn how to win games consistently.

"We didn't today, it's learning for us but probably the biggest thing for me was the fantastic support we got today. I'm not sure how many we brought down. I want to thank every one of them, they were brilliant. I'm disappointed we didn't give them the performance they deserve.