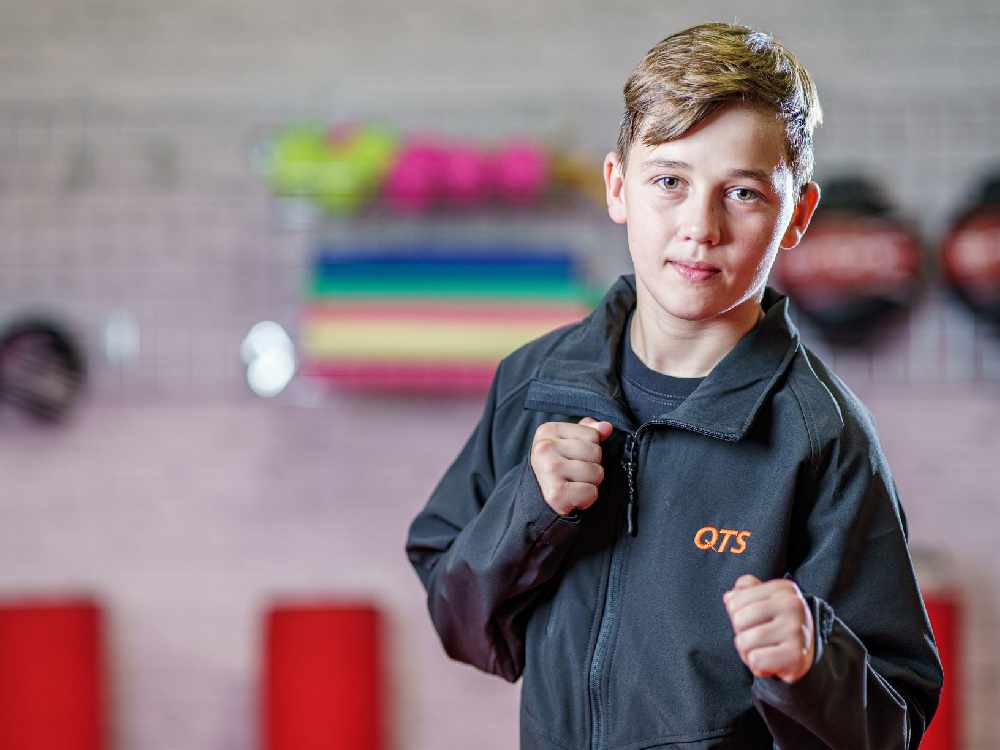 A champion young kickboxer has took one step closer to his Olympic dream after securing sponsorship from leading rail infrastructure company.

Adie Lock will be one of five young English athletes who will benefit from QTS Group’s sponsorship and join their established Youth Athlete Programme.

The programme will support the Longdendale High School pupil as he prepares to embark on his dream of making Team GB’s Olympic kickboxing team.

It will enable Adie to attend more international competitions, fighting experienced kickboxers from all over the world, as well as helping him compete for his black belt this month.

After being bullied at school, Adie’s mum Claire took him to kickboxing classes when he was seven years old in a bid to build his confidence. From the minute he started, it was clear that Adie had a natural talent for the sport and within weeks he was moved up from beginners to the junior class.

Adie has been competing for over five years, attending over 14 international and national tournaments, winning numerous competitions and titles, including three gold medals in the Turkish Open and five in this year’s Aberdeen Open.

To remain top of his age group, 12-year-old Adie now trains five to six nights a week, three hours a night at Energize Martial Arts Academy in his hometown of Stockport, under the instruction of Carl Thomas. 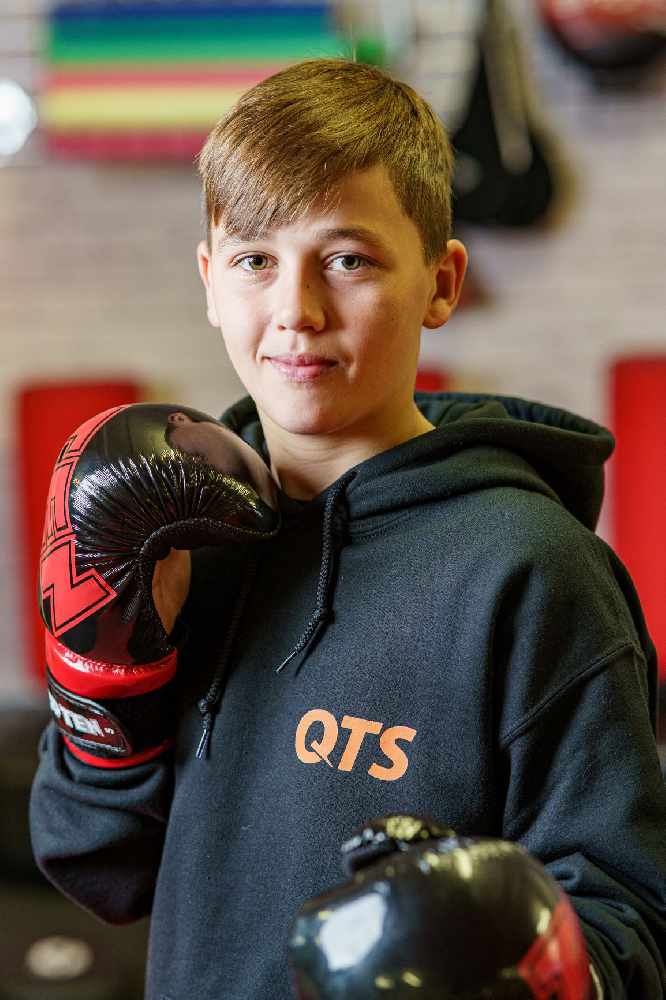 Last November, kickboxing received Olympic recognition and Adie is aiming to take part in the 2028 Olympics in Los Angeles when he turns 20 years old.

Alongside his sporting aspirations, Adie is also passionate about coaching and works with children older and younger than him, but he hopes to do this more alongside competing.

Adie’s dad, Rob, said: “QTS is known for the support it offers aspiring athletes across sporting disciplines and we are honoured that Adie is being sponsored by the firm. The support will be invaluable in helping him further his dreams.

“He may be young but Adie’s values align perfectly with those of QTS. He is not only a young kickboxer who is dedicated to his sport, but he is also passionate about being a role model to those who aspire to progress their kickboxing careers.

“With the support of the QTS Youth Athlete Programme, Adie will be able to continue competing internationally and further his chances of being picked for the 2028 Olympic kickboxing team.”

QTS launched its Youth Athlete Programme in England this year and will support five individual English athletes across a range of sporting disciplines, including beach volleyball, snowboarding and hammer throw.

The programme also supports ten athletes in Scotland, five of which joined the programme in January this year.

Alan McLeish, managing director of The QTS Group, said: “Adie’s reputation as a dedicated kickboxer precedes him and his commitment to his own career and those at this club made him the perfect candidate for our Youth Athlete Programme.

“We first started the programme in Scotland four years ago to support aspiring grassroots athletes across a huge number of sporting disciplines and have successfully helped 16 athletes to date.

“Following its success, we wanted to launch the programme in England among the communities where we are based and it’s an honour to support some of the country’s rising young sporting talent.”

To find out more about the QTS Youth Athlete Programme, visit www.qtsgroup.com/strategic-partnerships/youth-athletes.