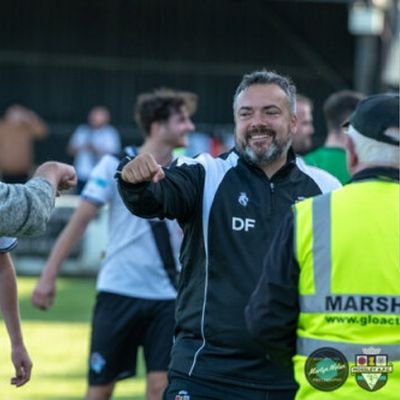 Football managers in Tameside have been reacting to the breakdown of the European Super League.

However, after coming under great scrutiny from fans across the country, and with protests taking place outside numerous Premier League stadiums over the past few days, the English sides have u-turned and will no longer be associated with the project.

But for the majority of supporters whose clubs were set to be involved in the competition, the damage has already been done and trust in the clubs' ownership is at an all-time low.

Prior to the idea's collapse, Reporter Sport considered the potential impact of such a competition and how, or if, it would impact clubs in Tameside.

Would alienated supporters from Old Trafford and the Etihad Stadium take advantage of what is now considered to be the traditional version of the game, or could they overcome their issues and adapt to the new competition?

More importantly, from a financial perspective, would clubs lower down the pyramid take a hit?

Mossley manager David Fish believes that, if the competition does materialise in the future, it could potentially usher in a new wave of fans to non-league clubs in Tameside and beyond.

Speaking to Reporter Sport, he said: Top flight clubs are huge businesses and need to make money for their shareholders, taking a larger slice of the pie, either by controlling TV rights or running the competition, makes a lot of commercial sense. For this reason there is a certain inevitability that the ESL will come about in due course.

"The changes to the Champions League format shows things are only headed in one direction. For years the connection between fans and clubs has grown wider; the last 12 months of behind closed doors, VAR and the ESL has only widened that gap. Non league clubs can offer something different. At Mossley we are continuing to forge links with the community, support local projects and business and our players want to speak to the fans.

"There is a real connection and the support I've received in the brief time I've been at the club has been outstanding. Football fans looking for something different, something real, who have been to a Mossley game find they enjoy it and many come back. We can see this with the way crowds have grown in the last few years and the number of United, City, Oldham and Rochdale fans I speak to.

"It's a different atmosphere and football fans like no segregation, having a drink on the terraces with their mates, swapping ends at half time and mingling with the players after a game.

"They are often also pleasantly surprised at the quality of the football - players in non-league have ability, are fit and are committed. I can only see the combined impact of the pandemic and the ESL prompting more people to try games at their local club and I fully expect gates to increase. I hope this a real shot in the arm for all non-league clubs at a time when it's really needed and would love nothing more than to welcome some converts into Seel Park in August."

Meanwhile, Denton Town manager Phill Cooper slammed the decision as ridicolous, adding: “The top clubs think they can break themselves away from the English game, all for the sake of money.

“Over the last few seasons it’s become apparent that money is ruining the game we love and this is the icing on the cake.

“They have totally disregarded loyal supporters who have spent hundreds, maybe thousands, following them.

“On the other hand, it will hopefully drive people to look at local grassroots teams like ourselves. The small fortune of a pie and pint on match day goes a long way to keeping clubs like us running, it’s not just another number like at the big sides.

“Plus they’d be watching lads who are playing for the love of the game. Passion in abundance. But only time will tell how this ends up.”

It remains to be seen if football supporters from the six Premier League clubs will forgive their owners complicity. However, given the nature of the way it was handled, and with the general problems involved with top-flight football, such as VAR and overpriced ticket prices, it's not beyond the realms of possibility that non-league clubs in Tameside and beyond could enjoy a surge in attendances during the forthcoming season.