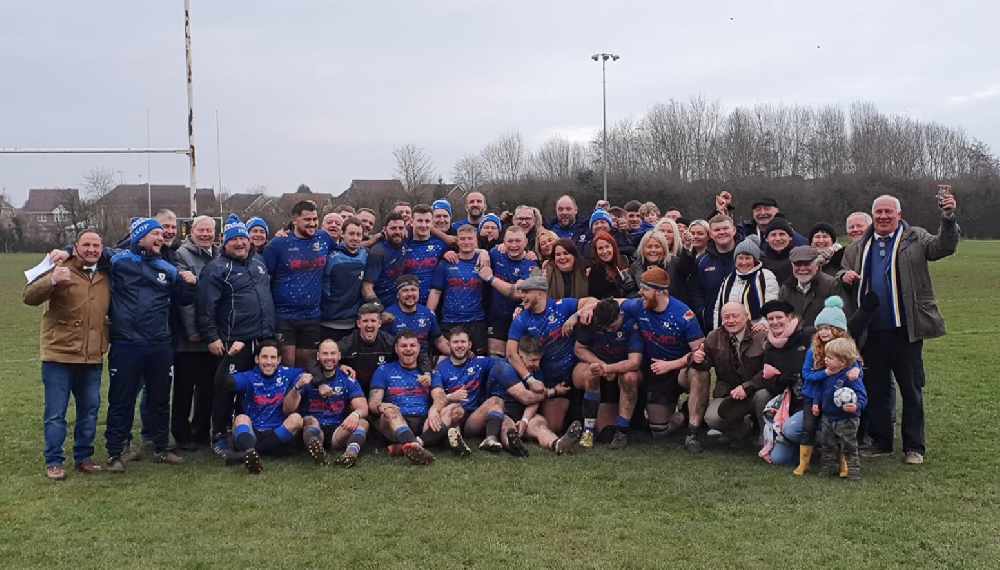 Glossop Rugby Club is celebrating after the first and second team both secured promotion from their respective divisions.

Following a premature end to the campaign due to the nationwide lockdown, the club announced that the season had been finalised and the first team had finished second in the North Two West, subsequently promoting them to the North One West, while the second team also clinched promotion from their division.

Although it was a strange way to end the season, the club has been left delighted and the first team can now look forward to competing in a tougher division against the likes of Stockport, Altrincham Kersal and Northwich.

Director of rugby John Openshaw spoke to Chronicle Sport and said he was delighted that the players, supporters and staff had found their tireless efforts rewarded. “It’s been a fantastic season from start to finish.

“We’ve attracted record numbers at training, with 30-40 attending. In previous seasons we’ve only managed to attract numbers in the late teens, so the commitment from the lads has been superb and they’ve worked hard from June, when we started pre-season, all the way through to the end.

“With it being our 50th anniversary, that captured the imagination a little bit as well. Behind the scenes the committee were working hard to make it a successful season, and there was just a new energy within the club and also an expectation.”

Having finished third in the division for three years in a row, Glossop’s first team made a conscious effort to kick on last season and set themselves a target of achieving promotion . John said: “To make that step and force ourselves into the top two spots was great. We certainly needed a change in attitude and approach, and I think everybody bought into that across the club.

“Josh, our first team captain, has played a massive part for a number of years and he’s a great leader and he’s one of the captains that leads from the front. He puts his body on the line every week and that inspires the other lads.

“We’re blessed with a number of really good players and it seems to be a coming of age for the team. We’ve had a number of players return to the club and we’ve been working on a style of play that came together at the right time. It’s almost a maturity and that stands us in good stead heading into the league above, where it will be more difficult week in week out, but we’re developing at the right time and we’ve certainly got the players to compete at that level.”

In normal circumstances, the club would have held a promotion party with players, families and friends celebrating in person. However, with that not possible due to current circumstances, the club decided to hold a social gathering on the ‘Zoom’ app. John said the idea was well received - with one player staying online until 2am. “I think we’ve all missed each others company, but we felt that we should celebrate promotion” said John.

“We had a chat about the season and how proud we are of the players, and we also thanked the committee and coaches as well.  We celebrated in true rugby style and I think the last person on the app stayed up until 2am.”

Despite the uncertainty surrounding the future, the club will plan as usual and are looking for sponsors to help with the costs of travel amongst other things. “It’s expensive and there’s a lot of demand put on the club to fund these trips.” Said John.

“Next season we will travel to Penrith and the Isle of Man, so we’ll have to fly over there. We’re reliant on the sponsors to generate the money that we can to keep the club moving, but in these times it’s quite tricky.

“It’s going to be a little bit different because in previous years we’ve asked the lads to fund the coaches and the spectators have to pay for their coach travel, but the lads have been willing to do that in the past because they realise money doesn’t grow on trees.”