Lilywhites lose out in FA Cup 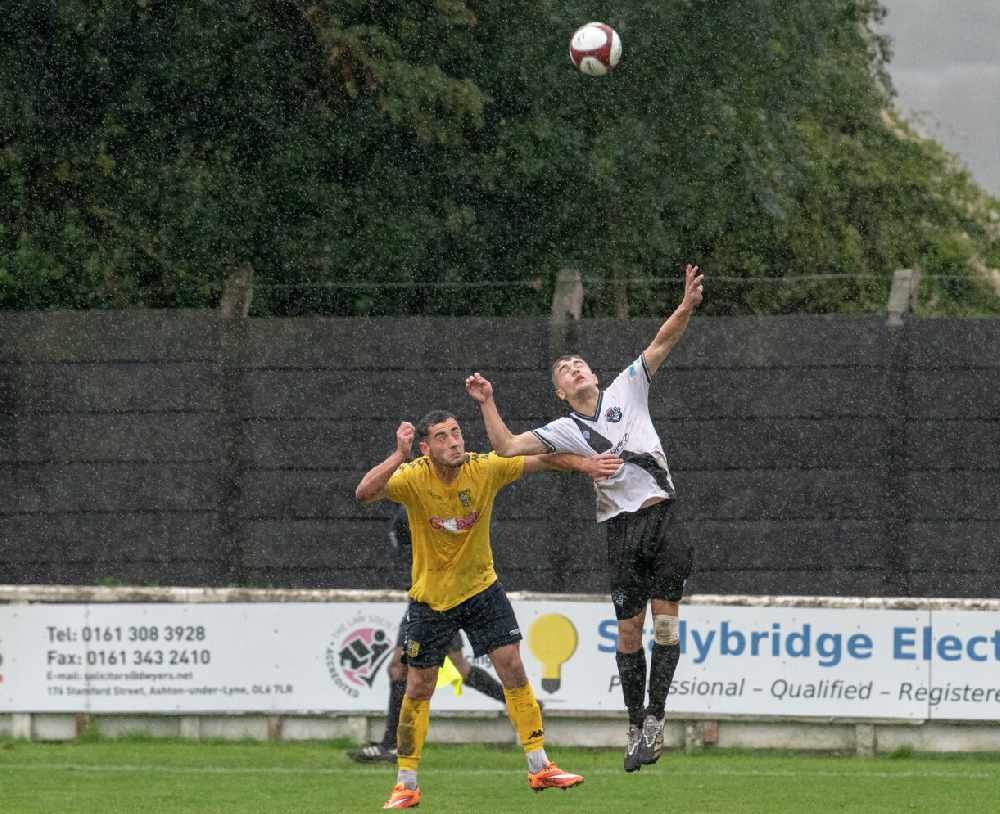 Despite a battling performance in difficult conditions, Mossley were unable to find a winning goal and following a 1-1 draw exited from this season's Emirates FA Cup with a 4-3 defeat in the penalty shoot out.

It was a hard pill to swallow for a Mossley side which had largely dominated the second half of the game but had been unable to find the finishing touch.
Mossley were without the injured Ben Richardson and Jes Uchegbulam who was omitted due to disciplinary reasons. Steve Mason came in at left back for his first appearance of the season with Sam Kilner switching to the right and Dylan Fitzgerald given his first start of the season in the number 9 role.

As the rain fell constantly on Seel Park, Mossley were, like Tuesday, slow out of the blocks, which allowed the hard working visitors to dominate the early exchanges. An early shot wide and another deflected away as the Lilywhites were pinned back by Tadcaster’s high press.

13 minutes in and Tadcaster deservedly took the lead. Play was stopped for an injury to Jack Grundy. Restarted with a drop ball Tadcaster’s press won a left wing corner. With Grundy still off the pitch receiving attention, a short corner found it’s way to the lively Ify Ofoegbu who fired home an angled drive from the right side of Mossley’s box.

With Mossley suddenly in the ascendancy, Waller and Mulvey both went close but the visitors aggressive long ball game remained a constant threat with Ofoegbu, Pandor and the tall and awkward Thompson causing plenty of problems for the Mossley defence while Crook’s ability to break up Mossley attacks by fair means or foul was equally problematic for the Lilywhites midfield. 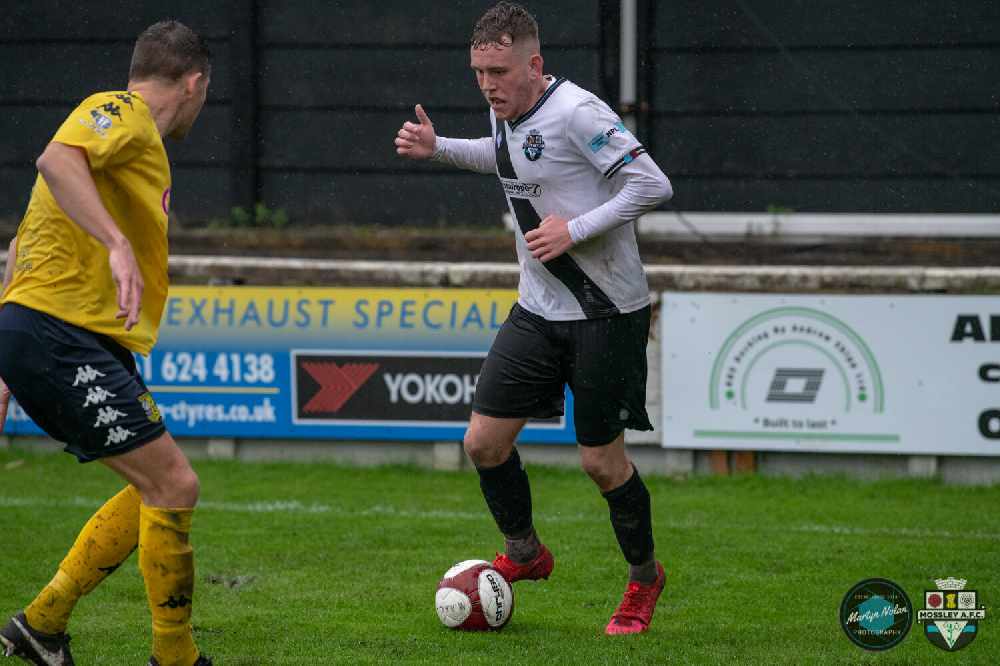 Mossley almost went ahead just before the break as Mulvey opened up the Tadcaster defence and Shenton was denied by a good save from debutant keeper Appleyard.

The second half saw Mossley gradually take charge. Keogh headed narrowly wide from Mulvey’s corner. Another Mulvey corner caused havoc but no-one was able to get the necessary touch and despite coming under plenty of pressure the Tadcaster defence held firm.

Mossley had one final chance as the game entered stoppage time. Substitute Harry Pratt brushed off a defender before firing a powerful shot that Appleyard saved to his left at the second attempt and the game was destined for the dreaded penalty shoot out.

The ‘lottery’ began with Mossley taking the first spot kick, dispatched ably by Keaton Mulvey. Mossley hopes were immediately raised when Liam Lovell dived to his left to save Tadcaster captain Milne’s effort but Mossley skipper Andy Keogh was next up and he was denied by Appleyard in similar fashion. Simon Russell then scored confidently for Tadcaster 1-1.

Matty Waller then made it 2-1 to Mossley before Bailey Thompson made it 2-2. The shoot out then turned Tadcaster’s way. Harry Pratt fired horribly over the bar and Kevin Santos put the visitors ahead.

Declan Evans confidently stroked home for Mossley to make it 3-3 and Tadcaster were left with the tenth penalty to win the game and substitute Omar Samyang made no mistake despite Lovell going the right way and Tadcaster were through 4-3.