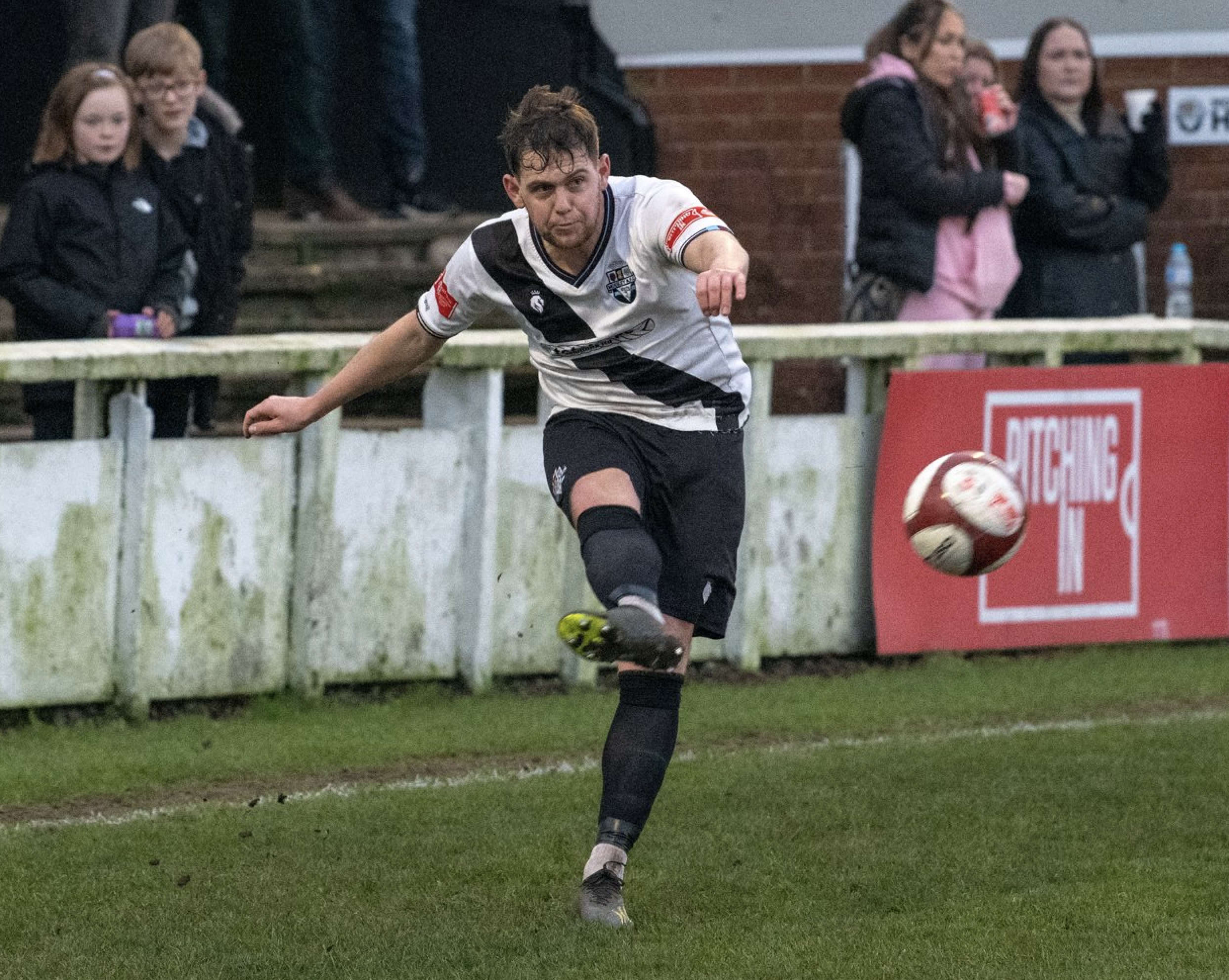 A second half Andy Keogh goal was enough to beat bottom markers Market Drayton Town at Seel Park on Saturday but Mossley missed a raft of chances to have made the score-line more convincing in an almost completely one sided game.

Mossley gave a debut to new signing Tom Scott but aside from a number of clearances up field the debutant goalkeeper was largely a spectator.

Market Drayton had a new manager and a number of new players in their squad who were clearly unfamiliar with each other giving the bottom of the table visitors a disjointed look, but, they were equally hard working, making their stubborn resistance difficult to break down.

Mossley might have taken the lead inside the opening minute when Antony Brown was denied by the keeper at point blank range.

Keogh, Brown, Mason Fawns, Dec Evans and Jack Banister all went close as Mossley piled forward seemingly at will with Town keeper Rawlins often finding himself in just the right position to deny any on target efforts.

Mossley were also guilty of being caught off-side too often in the opening half with Brown a regular culprit.

The second half saw Mossley ramp up the pressure and the visitors were lucky to survive a first minute raid that saw the ball cleared off the line.

Devon Matthews volleyed just over the bar and Market Drayton survived several further skirmishes before the Lilywhites finally broke the deadlock on 61 minutes.

Banister broke free down the left channel and cut inside, his shot was blocked by the keeper but the ball spun into the air and Keogh was in the right place to calmly head home the rebound. It was the very least the Lilywhites dominance deserved.

The goal was the lively Banister’s last action in the game as he was replaced by Harry Pratt who then went on to torment the visitors increasingly shaky defence for the remainder of the game.

Fawns and Richardson on the right and Sass and Pratt on the left were proving a nightmare for the strugglers and it was from a Fawns cross that the unlucky Brown thought he had doubled the lead only for the linesman to flag the ball out of play from Fawns curling cross. A decision the assistant could only possibly have guessed at, considering he wasn’t actually in line with it. It was a great header by the Mossley number 9 though.

The crowd were then entertained by the antics of visitors substitute defender Musa Ceesay who rolled around in seeming agony after every challenge and even managed to get Keogh booked for one of his overtly theatrical performances that were keeping the Drayton physio on her toes.

Pratt, Fawns, Evans, Hickman and Keogh all might have added to the lead but in the end the one goal was enough to give the Lilywhites their first home League win since Leek were beaten on 28th September.