Latics hit for five at Exeter 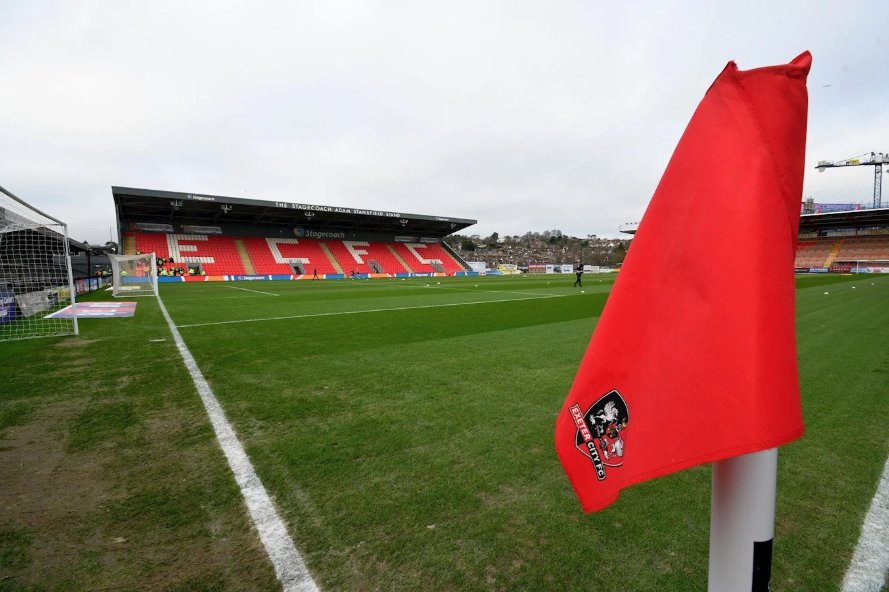 The hosts took the lead in the 21st minute ,Jayden Richardson finished off a lovely one-two with Matt Jay by lobbing the ball over goalkeeper Zeus De La Paz.

However, Wheater's evening took a turn for the worse on the stroke of half-time when he was sent off for a handball clearance on the goal line. Matt Jay converted the penalty to put the hosts 2-1 ahead.

Oldham were always going to struggle with the one-man disadvantage, and so it proved in the second-half as Exeter made it 3-1 shortly after the re-start. In the 51st minute, Archie Collins smashed a long-range shot which proved too much for De La Paz, and ten minutes later the hosts made it 4-1, this time Ryan Bowman headed home Jay's cross.

Substitute Brennan Dickenson added a fifth with a free-kick in the 93rd minute to round off a memorable night for the Grecians.