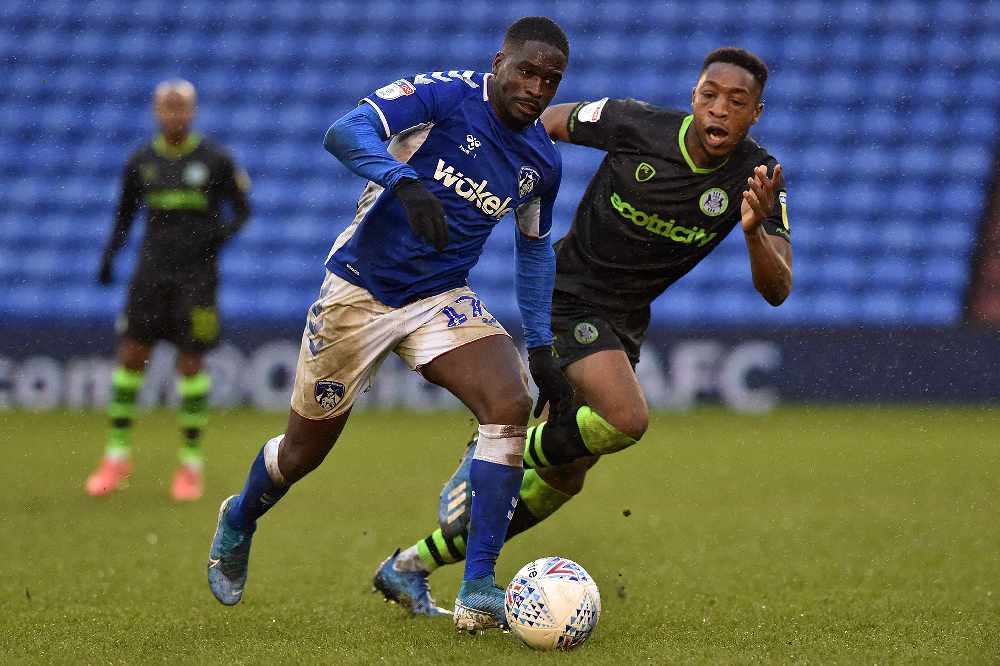 Oldham were denied a victory in the dying stages as Forest Green Rovers' George Williams struck in the 88th minute to level matters and rescue his side a point.

The Latics took the lead in the 56th minute after Gevaro Nepomuceno capitalised on a loose ball to slot home from close range. And it looked as if the hosts were about to pick up their first win in three games, but the visitors had other ideas and with the game entering its final few minutes, Williams' rocket from outside the box found the back of the net and Rovers returned south with a share of the points.

Oldham entered the game having lost 5-1 at Exeter City four days earlier, but to their credit they started the game with intent and and purpose.

Nepomuceno had the first chance of the game when, inside the first minute, his shot flew wide of the target. Oldham goalkeeper Gary Woods, who replaced Zeus De La Pas, was tested soon after, but he did well to thwart James Aitchison.

Rovers entered the game having suffered a poor run of form which has severely dented their playoff hopes. However, Mark Cooper's side clearly knew the importance of the game and went in search of the opener. Aithchison again had another chance, but his weak effort didn't have enough power to trouble Woods.

The best chance of the first half fell to Oldham in the 25th minute. Zak Dearnley's thunderous effort from 20 yards struck the crossbar and rebounded to Jonny Smith, but his effort was tipped around the post by Lewis Thomas.

The visitors had a chance to take the lead just before the interval, but Woods justified his position in the team and saved brilliantly to deny Aaron Collins a clear cut chance.

It took Latics less than 11 minutes after the re-start to take the lead. Zak Mills' cross was blocked by the Rovers defender, but the loose ball fell to Nepomuceno who's effort had too much power and found the corner of the net despite Thomas' best efforts.

Oldham should have been out of sight shortly after, but Christopher Missilou's shot flew just wide of the target. Rovers then had their own opportunity to level matters, but Liam Kitching's header hit the bar and out to safety.

Oldham failed to heed the warning signs and with just two minutes left on the clock, Rovers equalised through Williams' powerful effort which left Woods, who had performed so well, with no chance.

There was more drama to come deep into injury time. Nepomuceno took the ball round the 'keeper and had the goal at his mercy, but he took too long to get his shot away and the danger was cleared.

The result leaves Oldham 18th in the table, whilst Rovers stay 10th.