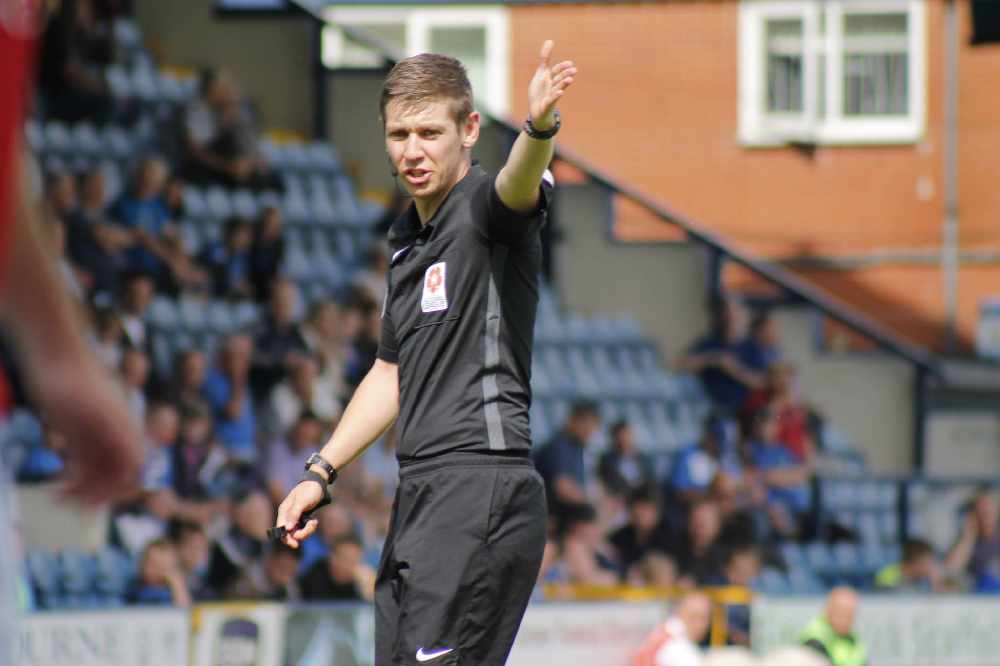 A referee who hails from Tameside will take charge of a game involving a Premier League team for the second time on Tuesday night.

Matt Donohue left his job as a teacher at Greswell Primary School in Denton during the summer to pursue his refereeing dream, after gaining a place in the Select Group 2 - a full-time position which allows him to officiate matches in the SkyBet Championship.

The 31-year-old will be the man in the middle for Leicester City's Carabao Cup third-round tie against Championship side Luton Town at Kenilworth Road on Tuesday night.

He will then be the fourth official for Saturday's Premier League game between Wolverhampton Wanderers and Watford at Molineux.

Donohue, who started refereeing at the age of 14, has shown 39 yellow cards and awarded two penalties in nine matches in all competitions so far in 2019/20.

One of those games came in the second round of the Carabao Cup, when he booked one player during Brighton & Hove Albion's 2-1 victory at League One outfit Bristol Rovers.