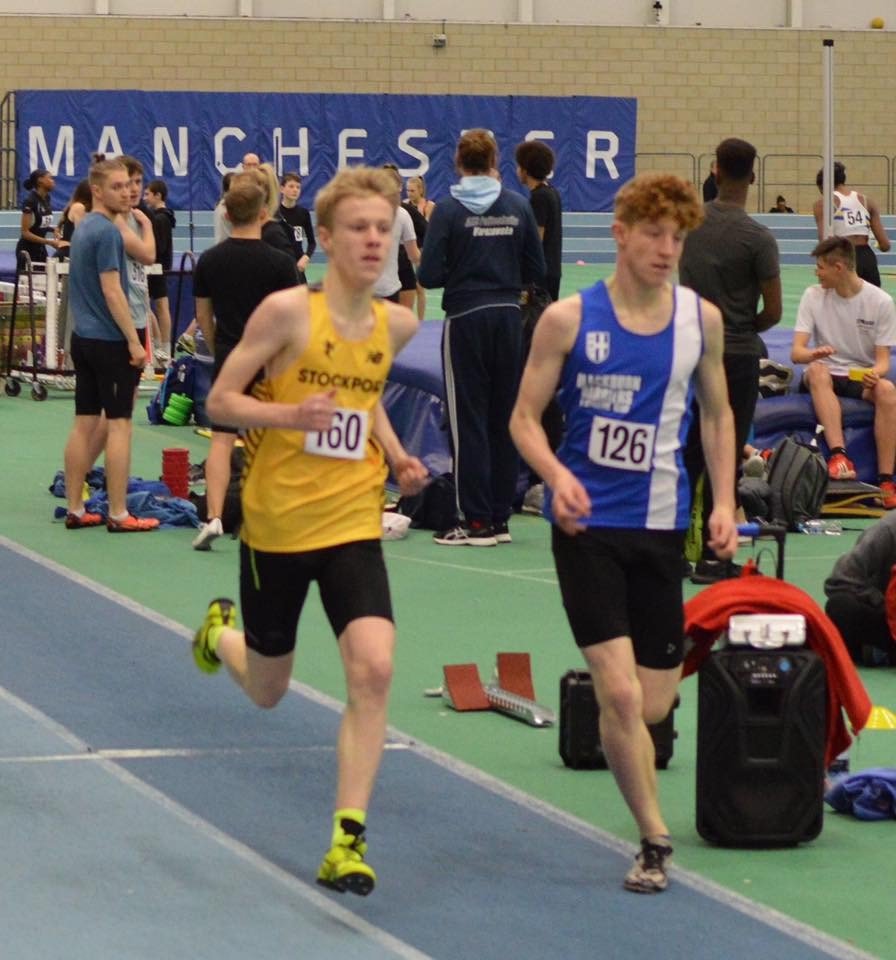 A young Glossop athlete won a medal at one of the UK's top indoor athletic meetings.

James McGraw (pictured left) aged 14, from Simmondley, won the bronze medal in the u15 boys 800metres at the Northern Athletic Indoor Championships in Sheffield on Sunday (2nd February).

James had to run a massive personal best of 2.09.75, the fourth fastest time by an U15 boy in the UK this year, to win the medal against athletes from as far a field as Northumberland, York, Rotherham and Southport.

The Northern Championships attracts the best young runners from across the North of England and James had to run a qualifying heat in the morning before competing in the final in front of hundreds of spectators at the impressive English Institute of Sport stadium in Sheffield.

James, who is a pupil at Oldham Blue Coat School and runs for Stockport Harriers, has had a good indoor athletics season this year as a break from the gruelling cross country season.

In warm up races at Manchester's indoor track at Event City James had been running well, clocking 1 minute 32 seconds in a 300 metres race - the 2nd fastest time this year.

And in another warm up race in Sheffield in January he ran 57.84 for the 400metres, the 3rd fastest UK time this year for an U15 boy.

James is coached by husband and wife team Mike and Kerrie Wood-Doyle who live in Broadbottom.

Kerrie says: "This was a great performance by James who has come on in leaps and bounds this year - knocking 6 seconds off his previous personal best in the 800metres.

"This is all down to the hard work he puts in, along with our other athletes, at Stockport's Woodbank park track.

"If James keeps training well and working as hard then this Summer's outdoors athletics season could be a very good one and there a number of regional and national events he can aim for with his excellent personal bests."