In-form Millers start 2020 with a win 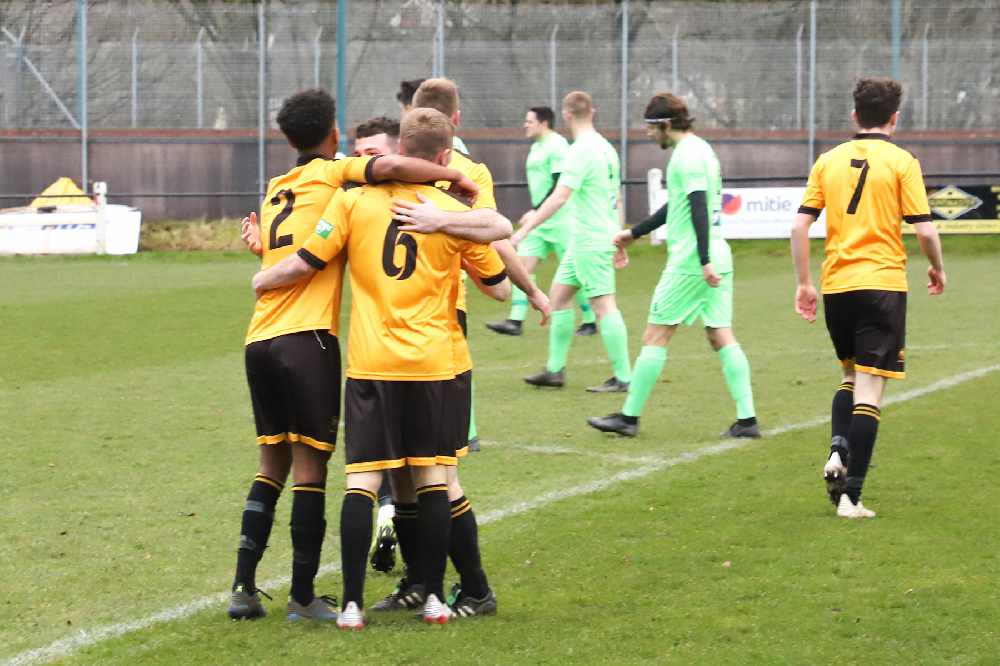 The Millers made it three wins on the bounce, defeating Barnton by a goal to nil at Church Lane, but they were made to work hard for a victory that could and should have been more comfortable.

Going into the game on the back of a fine victory away at Maine Road last weekend, the Millers' joint-managers Dave Birch and Mike Norton kept faith with the players who performed well. He resisted the urge to bring the returning Shelton Payne back into the starting line-up, while Norton, Will Ozono and Elliot Cooke dropped to the substitutes bench.

Alex Fowell continued in goal while Robel Kesete made his first start for the club at right-back, with Tommy Lent, Harry Norris and Mason Fallon making up the rest of the back four. Kyle Oakes, skipper Darren McKnight and James Neild made up the midfield, with Jake Pollard, Darryhl Mason and Nathan Webb in attack.

The Millers looked bright from the outset and took the lead in the second minute - a good team move saw Jake Pollard set free on the left flank. His long cross arrived at the in-rushing Kyle Oakes and he guided his volley expertly past Aaron Lyons in the visitors goal. 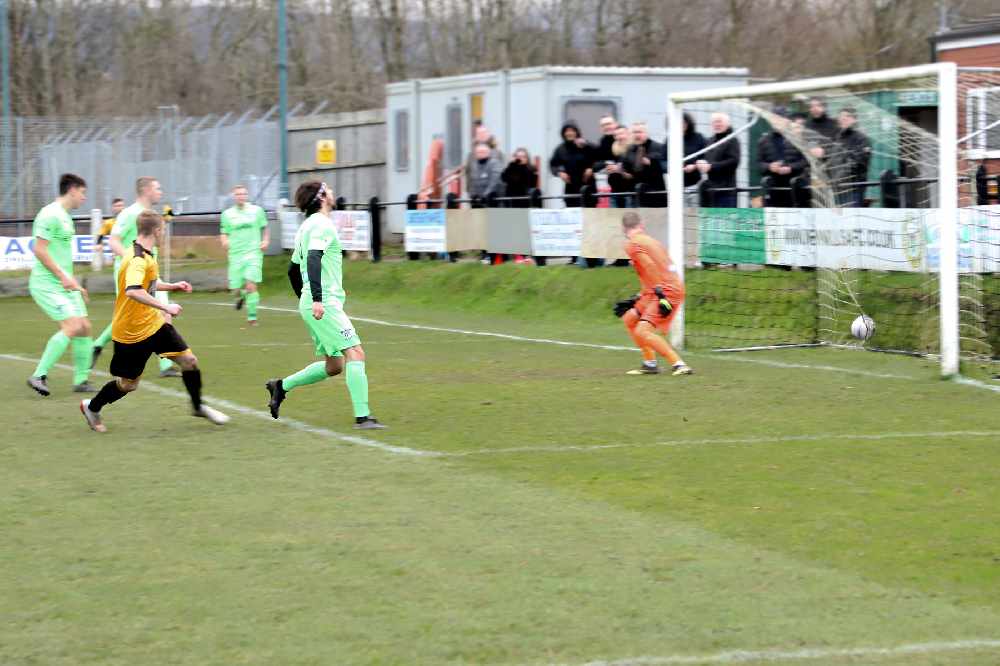 The goal shook the visitors into life as the game became something of a midfield battle, Barnton working hard in midfield to combat the Millers' slick passing game.

The hosts went close to a second as half-time approached - a long kick from Fowell was superbly taken down by Webb and his low cross narrowly evaded the incoming attackers.

Moments later, McKnight sent a free-kick inches wide, and in the final moments of the half, Darryhl Mason appeared to be taken down by Lyons but no penalty was given.

The second half was more of the same as both sides battled for supremacy in the middle of the pitch and the Millers used all three substitutes in an attempt to try to kill off the game. 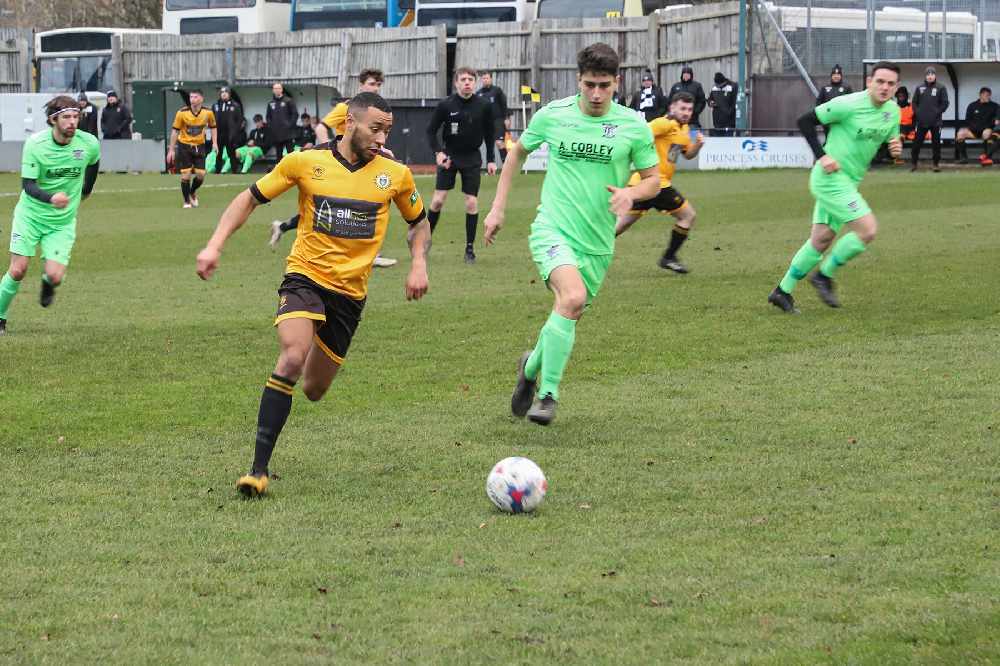 Will Ozono produced a fine cross on 67 minutes that Pollard met with a volley, but Lyons was able to parry his effort wide. Then on 83 minutes, James Neild exchanged passes with Pollard and went clear on goal, only for Lyons to tip his effort wide of the post. In the game's final moments, Mason was shown a straight red card for a strong challenge on Barnton midfielder Matt Rigby, with Rigby himself also dismissed for his retaliation. In the aftermath of the incident, Norton was also shown a yellow card on the Millers bench.

As the game reached its climax, Barnton, although providing plenty of endeavour, could find no way past the Millers' back line of Fallon, Lent and Norris, and goalkeeper Fowell was untested in keeping his third clean sheet of the season.

The final whistle was greeted joyously by the home supporters, their side moving up into mid-table, and confidence is growing that the Millers will push hard towards the upper reaches of the league as the season reaches its conclusion. 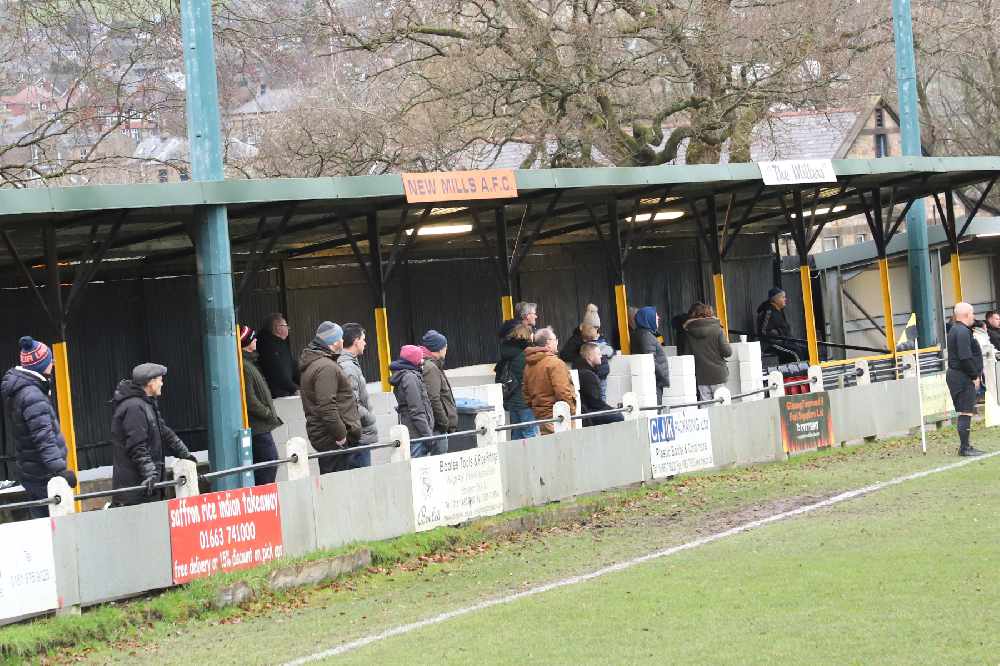 Millers' joint-manager Birch was happy with the performance from the team.

“I’m delighted with the three points” he told New Mills' media team. "We have played a lot better than that this season and lost the game. After scoring early we never really kicked on and dominated the game but on the other hand we never looked like conceding either.

"We have to give credit to Barnton, they made it a very difficult afternoon for us, but we defended well and created a couple of excellent chances in the second half. Unfortunately we failed to take them and when that happens it makes it a nervy end to the game.

"In honesty it’s the first time that we have produced an ‘ugly’ win since we took over, so that was pleasing. We’re on a good run of form now and we have a settled squad. Hopefully now we have everything in place to start climbing the league."