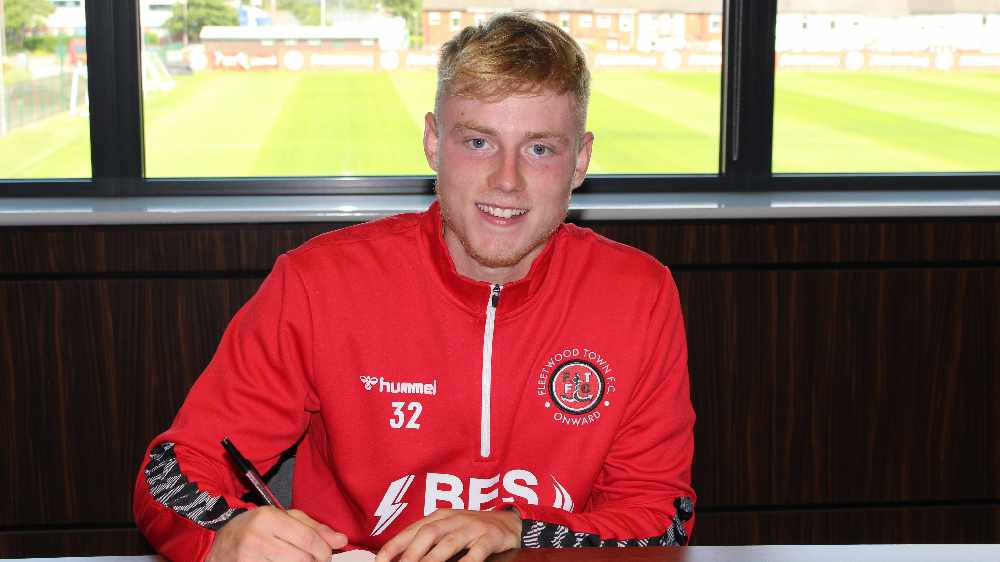 Lane came through the Hyde United academy and scored 13 goals in 67 appearances for the Tigers across all competitions.

Lane commented: "I’ve made no secret about me wanting to move into league football and although I’ve had a couple of disappointments in the past I’ve just kept working hard and I’m absolutely buzzing and can’t wait to get started.

"I believe the scouts had been watching me for a while during my loan period at Farsley, and at Hyde, and I went in training there and they kept asking me back, and eventually said they would offer me a deal which I was over the moon about.’’

Lane has become a fan favourite with his dazzling wing play and spectacular goals and he leaves Ewen Fields with fond memories" "The environment at Hyde is really good all the way up from the youth team, with the coaches there, all the way through to the first team and I can’t thank people like Darren (Kelly) for giving me the opportunity in the first team and also Dave (McGurk) has been unbelievable for me, he knew I was capable and he got behind me all the way and made sure I kept working hard and he’s someone who I really trust and he’s been unbelievable for my development as a player or a person. The volunteers do a great job behind the scenes to keep the club going as it is and it will hold a special place in my heart.’’

Manager Dave McGurk was also delighted for the 20-year-old: "Last season Paddy had four clubs come in for him and it never quite worked out for him, and out of all the clubs that came in for him this was the best one as I think he has a real chance to develop there. We’re sad to lose him but delighted at the same time.’

‘’It’s a massive thing for the football club as we want to promote youth through the academy. They did brilliant work with Paddy before handing him over to us and we’ve improved his game again and he’s got his move. We’ve only played a small part though as it’s Paddy that has had that hunger with the way he has looked after himself away from training, getting nutritionists involved and that’s what he needed to do to get to that next step.’’

Fleetwood Town’s Development Squad Head Coach Stephen Crainey, said: "Paddy was brought to my attention and when I got close eyes on him in training and from day one, I could see a lot of things in Paddy. In terms of his football, he's got good knowledge, a good left-foot, good athleticism, and he's a top player – I can't wait to see where I can push him to see where he can get to.

"He's been a credit to himself since the day he walked into the building as his application has been spot on. In terms of mixing with the group I had late on last season, he's been different class and hopefully he can push himself and touch that first team at some point."