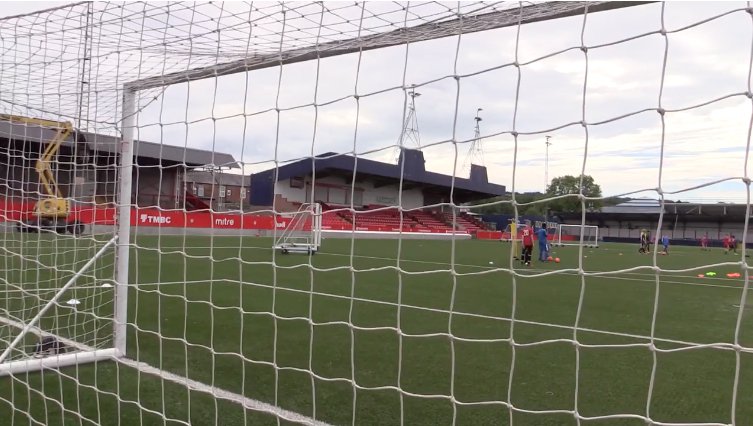 Hyde United made the trip to Stafford Rangers on Saturday and returned with their first three points of the season.

The Tigers entered the game having been knocked out of the FA Cup by AFC Fylde the weekend earlier, but any signs of a hangover were quickly swept aside as Dave McGurk's side put in a solid performance and won 2-0, thanks to goals from Paddy Lane - who penned a contract extension with the club 24 hours earlier - and Chinedu Uche.

It was the hosts who made a better start to the game after putting Hyde under pressure, resulting in a top save from goalkeeper Joe Green before Tom Morris cleared off the line.

However, Hyde hit back and took the lead in the 34th minute from the penalty spot. Stafford's Dan Burns was shown a straight red card for bringing down Tom Pratt, leaving the referee with no choice but to award the spot kick, which Lane converted.

Hyde made their numerical advantage count but were made to wiat until the 90th minute to put the game to bed. Uche's shot took a deflection and ended up in the back of the net.

The Tigers' home fixture against Whitby Town this weekend has been postponed due to a Covid-related issue.