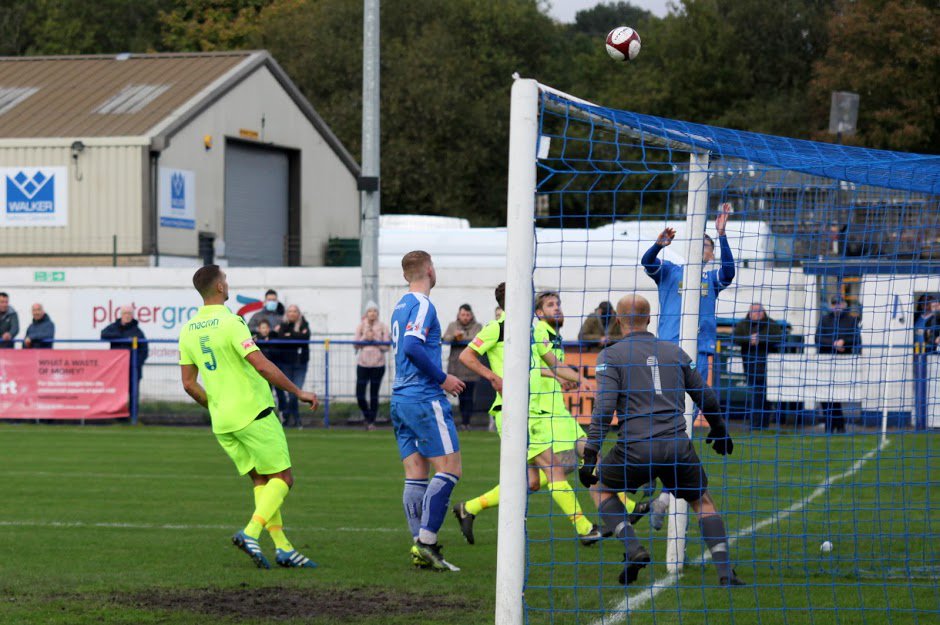 The opening fixtures have not been kind to Glossop and Saturday saw them play the fifth team from the top six at the start of play. Kidsgrove had won their first three games including a victory over highly-rated Leek Town.

In front of an excellent crowd of 333, Glossop came out of the blocks the better team in the first half and really should have been ahead at half time. The Kidsgrove goalkeeper, Kieran Harrison, made some excellent saves to keep his side level going into the break. The best chance of the half came to GNE when a free kick was looped over to the back post, a header back into the box saw Will Hartshorne fire just wide. Despite the lack of goals, it was an entertaining half as the Blues created a lot of chances but they just could not convert.

After the interval, Glossop again came out looking the better of the two sides having a few half chances but nothing clear-cut. As the half went on Kidsgrove grew into the game and had the better of things in the final twenty minutes. Thorpe hit the home crossbar after 70 minutes and, in added time, Kidsgrove thought they had snatched all three points. Sub Ben Chesters ran on to a loose ball and went past Latham. As he shaped to hit the ball into the empty net, a great defensive block by Devon Matthews saved the day for the Hillmen.

Both teams had fought fiercely throughout, and a point may have been a fair result in the end. Manager Pete Band was satisfied with the team’s effort and performance and praised the great support from the home crowd.