Harry is on a mission to change the future 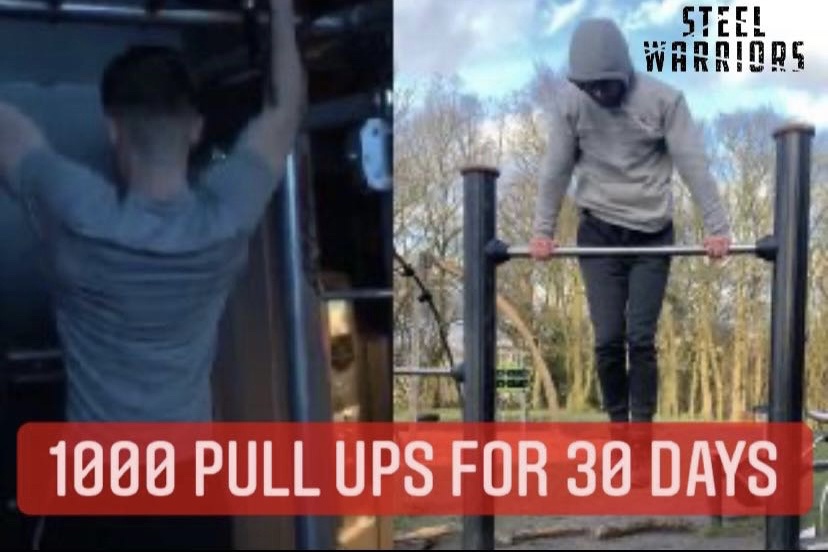 A teenager from Stalybridge is on a mission to transform our streets into safer places and encourage healthy activities for young people.

Harry Pike, a 16-year-old student at Ashton Sixth Form College, has committed to completing 1000 pull ups each day for 30 days in order to raise funds and awareness for Steel Warriors.

Using steel to build lives rather than destroy them, Steel Warriors melt down knives taken off the street and recycle this material, creating outdoor street gyms. They also lead street workouts using these gyms with the aim of bettering the lives of young people affected by crime, violence and social exclusion, ultimately giving them the skills and confidence to create positive futures.

The organisation has a goal to build a UK-wide network of gyms to empower young people and foster strong and better-connected communities.

‘By having these better-connected communities, we ensure that areas become safer and more united’ Harry says. He has agreed to show the ultimate level of dedication by completing this intense fitness challenge and testing himself beyond his limits.

Completing this amount of pull ups is by no means an easy task and will require an incredible amount of effort and commitment to accomplish.

Whilst awaiting the gyms to reopen, Harry completed his pull-ups in Cheethams Park as well as at home before racing to the gym when restrictions were lifted.

‘I chose pull ups as they are the staple of callisthenics, which is the type of training Steel Warriors are using to combat knife crime’ he explains.

Harry says he has been threatened a ‘handful of times’ on the streets and is desperate to change this for future generations.

He has currently raised over £700 and has had donations filling his page since its creation on March 20.

He says he has found the 30 days to be ‘very hard’, with an increase of calories needed to ensure his strength is in top condition, Harry says he has had to ‘eat more than ever before.’

‘At the moment I’m not really exerting my energy into anything other than my pull-ups physical activity wise and I have made sure to end each day of pull ups with a long muscle soak bath’ he says.

Waking up as early as 5 am to ensure he can complete some of his pull-ups before starting the rest of his day, Harry has shown a commendable amount of dedication to his fundraiser and will make an impressive change to the communities that need it most.

His 30 day challenge drew to an end on Tuesday (20th) with his donation page currently standing at a remarkable £747 after only setting his goal for £100.

Harry is keeping his fundraising page active until the April 30, hoping to receive as many donations as possible, https://gofund.me/380ed0b7

More information on the work that Steel Warriors do can be found here https://www.steelwarriors.co.uk