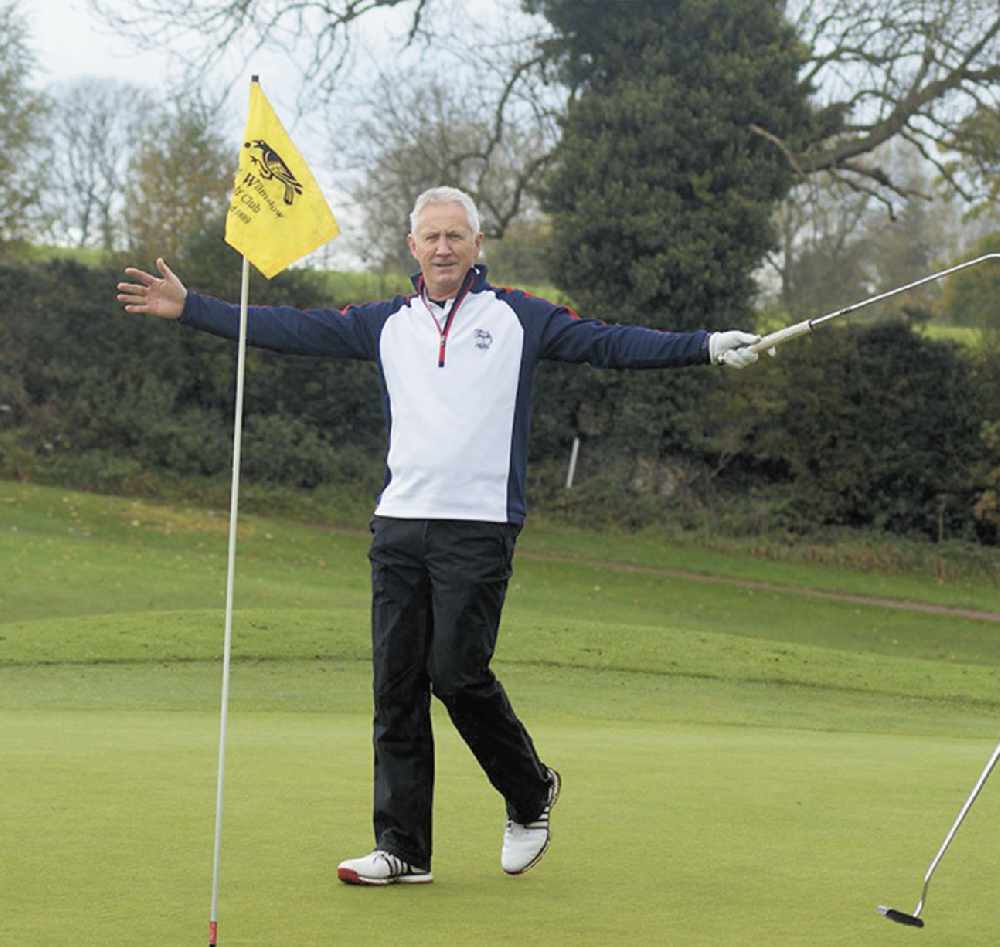 Following a truncated 2020 golf year due to the coronavirus pandemic, the Lancashire Union of Golf Clubs re-elected Harry Tunnicliffe for a second term as its president for 2021 at the Union’s AGM.

Harry will be the first president to serve a second term since the 1950s.

Harry Tunnicliffe has been the chairman of the Southport and District Golf Association since 2003 and will celebrate 50 years as a member of the West Lancashire Golf Club in 2020, having been captain of the club in 2000.

Harry was born in Southport in 1946, moving to Blundellsands / Crosby in 1970 and more recently locating to Formby.

He attended King George V Grammar School in Southport and represented the school at cricket and rugby.

He married Liz in 1970 and has three children – Chris, Helen and Caroline and three grandchildren.

Prior to taking up golf, and for some time afterwards, Harry was a keen footballer.

He represented Southport School boys in goal and went on to join Southport FC as an amateur. He played in goal for the Mersey Docks and Harbour team for many years before suffering a knee injury and taking up golf more seriously.

He joined the West Lancashire Golf Club in 1970. His lowest handicap has been three which has slowly moved up to 10, as age and health have caught up with him.

He was a regular member of the WLGC scratch team for many years and team captain for four years.

During this time the team won the Beacon Championship (twice), the Selwyn Lloyd Rosebowl (for the first time) and the Southport and District league title.

He joined the executive of the Southport and District Golf Association where he set up and ran the Junior Section League for nine years and since 2003 has been chairman of the Association.

The Association is proud to have produced several tour players including Lee Slattery, Matthew Baldwin and Tommy Fleetwood.

l One of the highlights for mixed teams in clubs affiliated to the Manchester and District Golf Alliance is to play in the Archie Preston Mixed Foursomes Inter Club Knock out.

It features seven pairs in each team led out by their Captain and Lady Captain and they aim to reach finals day in autumn when the current holders, Alsager GC who won the coveted trophy in 2019, will be the hosts.

This season the rules have been changed regarding entries and players under 18 years can play for their club teams and the Alliance has also issued guidance and regulations re Covid regulations.

In the preliminary round, Alsager will be straight into action when they host Knutsford.

Getting byes into the last 64 in round one are: Blackley, Crompton and Royton, Dukinfield, Fairfield, Saddleworth.

Over the years Andrew, a life member at Didsbury Golf Club, former assistant pro at Bramhall player on the European Tour and European Seniors Tour, golf broadcaster, golf coach and organiser of many golf overseas trips and other competitions at top courses in Europe, has raised thousands of pounds for various charities.

The event at Bramhall will be a special 30th charity pro am which gives the opportunity for amateur players to be part of a Team of Four with a professional golfer from the European Tour, Seniors Tour, Challenge Tour and leading professionals from the North Of England to raise funds for different charities.

This year the chosen charities all have very personal associations with Andrew’s family and he is proud to have them as partners - they are The Together Trust, Prostate Cancer UK and Derian House Children’s Hospice.

Andrew said: “I do hope you will be able to join us and make this tournament an enjoyable day and a great success for those less fortunate than ourselves.

“Bramhall is one of the country’s best parkland courses where I started my professional career.

“It is limited to 23 teams in a shotgun start and to find out more details of how to enter etc check out the Andrew Murray Golf website or email Sandra@andrewmurraygolf.com.”