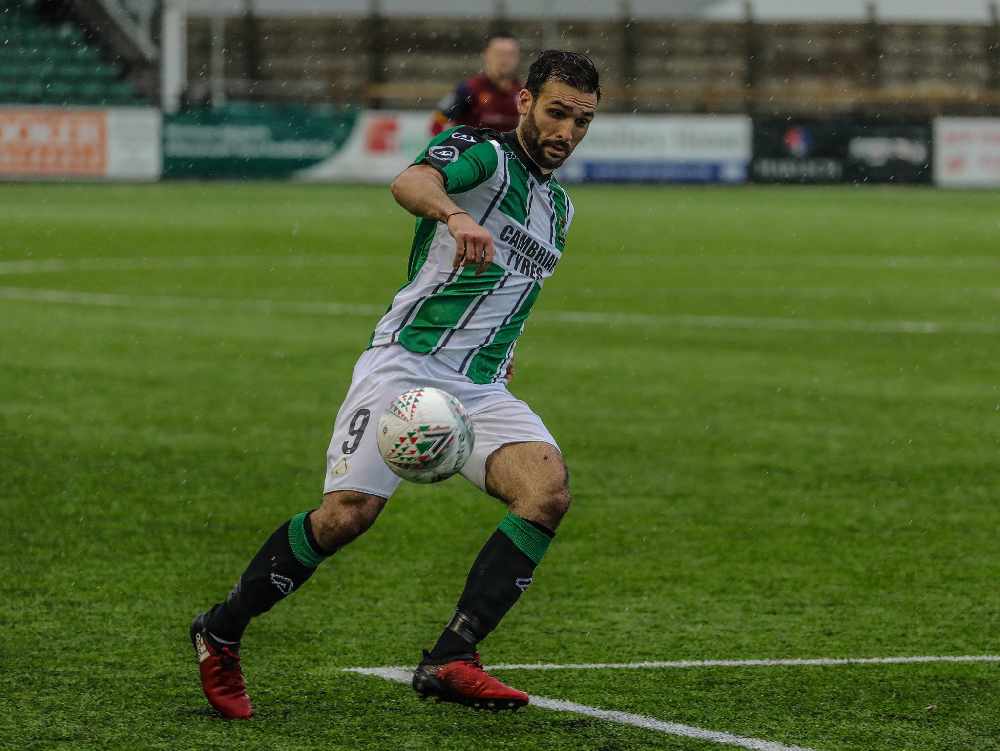 Glossop North End have boosted their attacking options with the capture of prolific forward Porya Ahmadi from Aberystwyth Town.

The Iranian-born frontman scored plenty of goals for his previous club in the Welsh Premier League and could be the answer to Glossop’s scoring troubles so far this term.

The Hillmen have failed to find the net in their last three matches and have scored just 10 goals in their 11 games in all competitions so far in 2019/20.

Ahmadi, who is commonly known as Rio, started his footballing career in Sheffield United’s youth academy before moving into non-league football with the likes of Chorley and Salford City.

He made headlines at Salford, after scoring hat-tricks in consecutive games in 2014.

The 26-year-old has ventured into the borough previously with New Mills, and counts Mossley and Droylsden among his former clubs.

His arrival was announced by the club on Thursday night and his wealth of experience could stand them in good stead in the coming months.

The striker could make his debut for the Hillmen in their BetVictor South East Division clash at Cleethorpes Town next Tuesday evening (October 1).