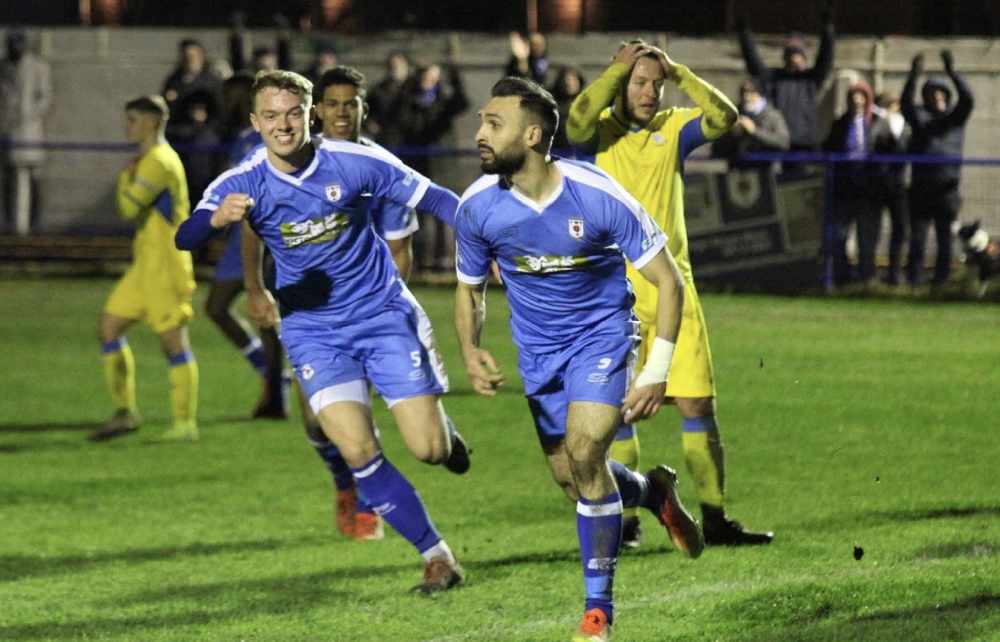 A feature of non-league football is how often teams can change with the introduction of new players. Glossop had won comfortably at Newcastle in August and Newcastle had struggled for much of the following months. They arrived at the Amdec Forklift Stadium with a refreshed squad including young loanees from professional clubs such as Port Vale and Burton Albion. As a result, they gave the Hillmen a difficult game. Newcastle defended well with five at the back and Glossop struggled to create clear-cut chances.

Newcastle came closest to scoring in the opening minutes as a Glossop defender’s misdirected header was cleared off the line. Glossop then dominated possession for a long period and the Newcastle keeper had to save well from Sheriff. Glossop were carelessly conceding free kicks around the edge of the box and after one of these a low shot forced Latham into an excellent save. Just before the break an excellent move put Ekpolo in, but his shot was high and wide.

The second half saw Glossop create several half chances. Wilshaw headed powerfully but straight at the keeper and then Hartshorne headed just over the bar. The game seemed to be drifting to a scoreless draw but on 78 minutes a Glossop free kick in a good position was blasted wastefully wide by Mills. Newcastle went straight down the other end, the Glossop defence failed to clear the danger and a low cross led to captain Wilshaw turning an attempted clearance into his own net.

Glossop battled hard for the equaliser, but their efforts seemed in vain as added time ticked away. In the final minute, a long throw from Mills was headed on into the area and Ahmadi managed to find the perfect header into the angle of post and bar. Glossop had rescued a point and the home crowd went home with a spring in their step – four points out of six in 2020 so far.