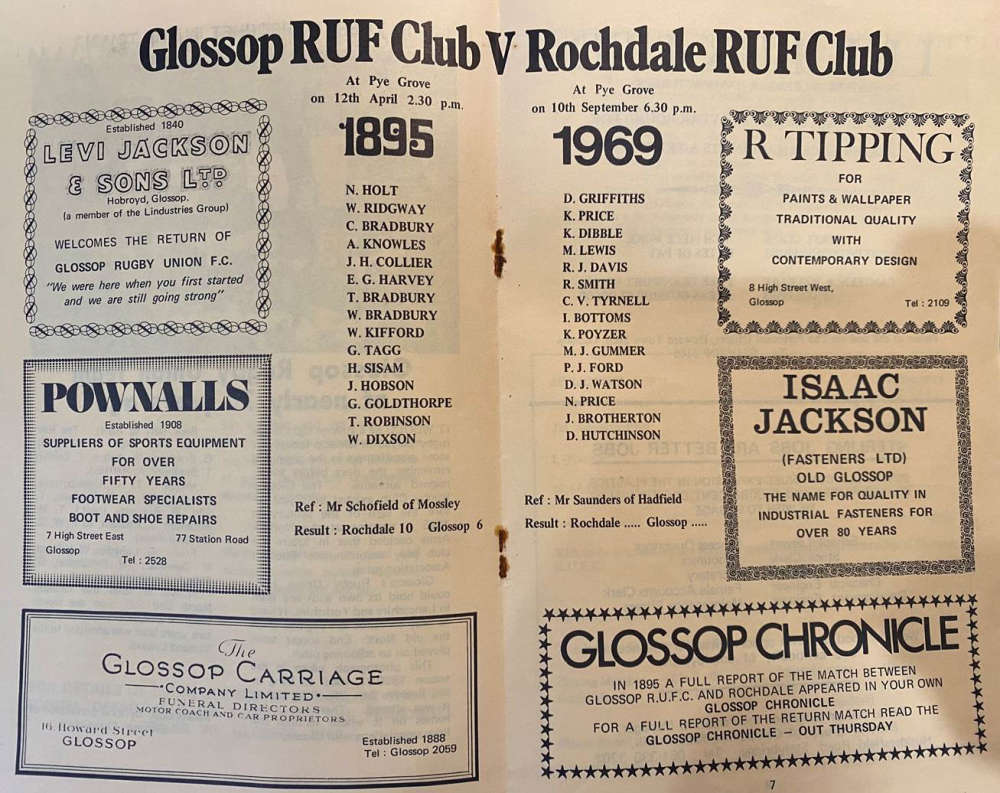 There was no rugby in the calendar on Saturday for Glossop Rugby Club and knowing this at the start of the season, the Hillmen booked the day for their rescheduled 50th Anniversary Celebrations to take place.

At the end of the 2019 season the club wanted to celebrate its 50th anniversary and how fitting that 2019 was the season they were promoted to the highest level they had ever played, but unfortunately, due to the pandemic, the club was forced to postpone the celebrations until now.

So, on Saturday November 6, Glossop had a 50th Anniversary Grand Gala Dinner at the Oaklands Hall, Hyde.

250 people were invited, made up of founder members (some of which played in the first game in 1969), Ex-Presidents, committee members, players old and new, down the years from 1969 to the present day.

The fun started with a Prosecco reception (sponsored by Rosellie Ltd), before an hour or so of mingling, drinking  and meeting friends old and new, telling each other tales, reminiscing of old times and past games and reminding each other of what they got up to on their way back from such and such game in deepest Derbyshire.

After a delicious three course meal served so well by the staff at Oaklands Hall, the club took the opportunity to honour the 1st and 2nd XV for their promotions into their new respective leagues and then were delighted to honour a number of members that had done so much for the club over the years. Some of these members had helped in such a way that if it was not for them, the club would not have survived. Some had taken on the idea of starting a Minis & Juniors section and if that had not happened many years ago, it would not have blossomed into the huge important section of the club that it is now.

Many Minis & Juniors continue on to play senior rugby, indeed approximately 60-70% of the present 1st XV are guys that have come through that section. It was the perfect time, on the celebration of our 50th year, to say a big "Thank You" to these members and present them with a "Life Membership"

Following the dinner, for those that could make it into the dance/music room, here was a live band called "Stax of Soul" who entertained attendees until midnight, after which, there was a DJ until 01:30.