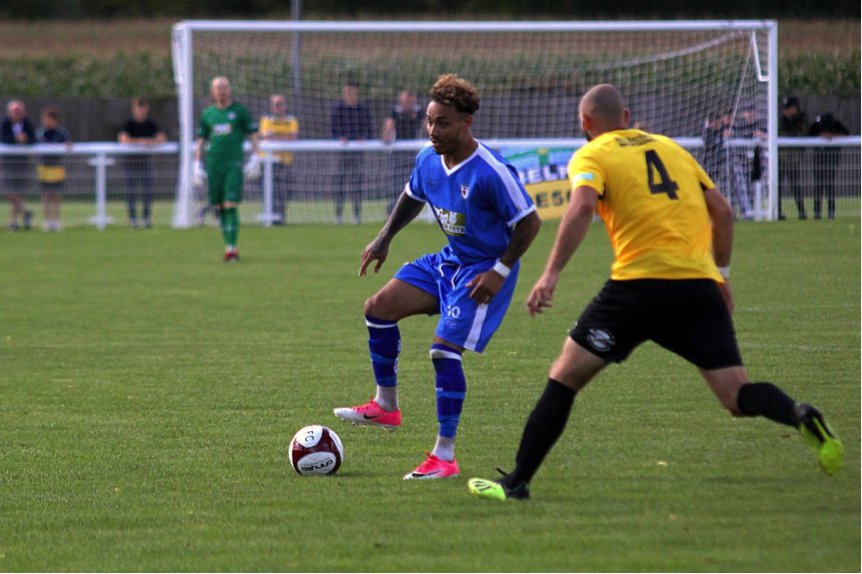 The Hillmen were beaten 2-0 at Derbyshire rivals Belper Town on Saturday.

Glossop now sit 14th in the South East Division with four points from as many games after a first loss since the 1-0 reverse at home to Stamford on the opening day.

In front of 304 fans at The Silver X Stadium, the Hillmen endured a tough first half in which they withstood intense pressure from the hosts.

Nathan Curtis attempted to lob Glossop goalkeeper Dale Latham in the eighth minute but his effort went wide of the target, before Riece Bertram went close with an effort from eight yards which found the side netting.

Glossop’s first effort at goal came on 24 minutes when Kayde Coppin flicked the ball off his foot, but Belper keeper Ryan Musselwhite dealt with it comfortably.

Braulio Maeico tried his luck from the edge of the area in the 38th minute but the ball went high and wide of the goal.

The action livened up just before the break as a brawl near the dugouts ensued, resulting in Glossop joint-manager Pete Band and Belper’s assistant manager Mickey Norbury both being shown yellow cards by referee Dean Steatham.

The hosts broke the deadlock on 56 minutes when Derry Robson met Craig Nelthorpe’s perfectly flighted cross from the right-hand side with a firm header which flew past Latham.

Glossop sent on Mason Livesey, Henry Limpishi and Jordyn Fitton from the bench in a bid to aid their pursuit of an equaliser and began to look more menacing.

Limpishi lashed a shot just over the crossbar and Coppin forced a good save from Musselwhite.

But Grant Black’s Belper team sealed the three points with 11 minutes remaining to maintain their unbeaten run this season. After Nelthorpe had gone close earlier with an effort from Steve McDonnell’s cross, birthday boy Bertram got the all-important second goal when he swept the ball home from 12 yards.

The Hillmen kept going and tried to retrieve the situation in the closing stages. Jack Tuohy, who scored two penalties in the 2-2 home draw with Stocksbridge Park Steels on Bank Holiday Monday, came closest to grabbing a goal in stoppage time with a fierce effort which was tipped over by Musselwhite.

Glossop joint-manager Band felt his side’s defeat was a fair result and his team have room for improvement in front of goal.

“They took their chances and we didn’t take ours,” he told GNE TV after the game. “We had a few in the last few minutes. We had a few in the first half but we didn’t put them in. We defended well. It’s just frustrating that when we do get the opportunities, we have to compose ourselves to put them away. We have to keep working on it.”