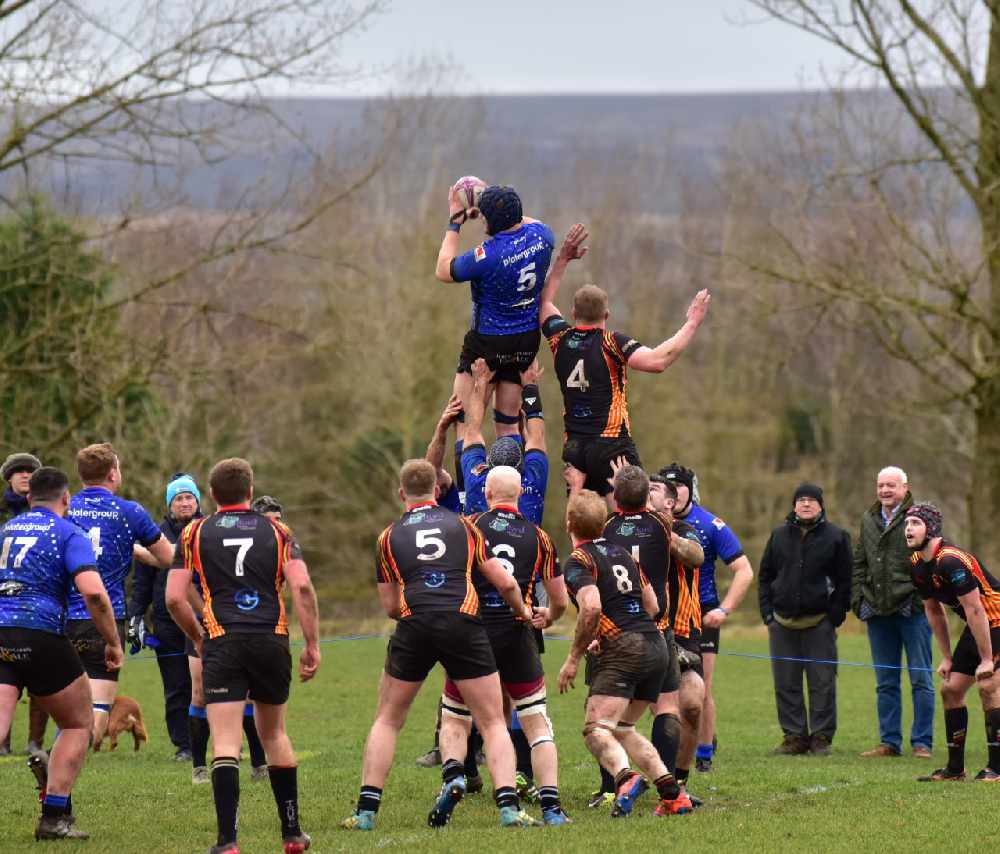 Glossop opened their 2020 home account when they welcomed Tarleton to Hargate Hill.

The last time the visitors had conceded fifty points was when Glossop visited Carr Lane at the start of the season and prevailed 28-51. Between then and now, their results show that they are often on the wrong end of close results, so the Hillmen were expecting a tough encounter. Whilst Tarleton did offer a physical battle and showed efficiency particularly in the forward pack, a dominant first half was the platform for one of Glossop’s most complete performances yet.

Glossop kicked off towards the clubhouse and with the wind behind them. They camped deep in Tarleton territory and took an early lead when Dave Stanley powered over from a five metre scrum.

The visitors struggled to gain a foothold in the match, with the Glossop pack working well to give the backs front football which they used to good effect. With Glossop dictating play, the first half brought four further tries for the home side, with centre Zak Round grabbing a brace, and wingers Matt Sonczak and Max Horsfall both crossing the whitewash after solid build up play by the home team. Despite the blustery conditions, Tom Dearnaley was on target with three of the five conversions.

In response, Tarleton’s most meaningful visit to Glossop territory brought a well struck drop goal to get them off the mark but they had a mountain to climb as the teams turned around at 31-3.

The second half brought more of the same with Glossop controlling proceedings and adding a further three tries, two of which were converted. Tarleton, to their credit, attacked with purpose when they were able to gain possession and were rewarded with a converted try despite the best efforts of the home defence.

The first of the second half Glossop tries came via an excellent team effort which was finished well by Jonny Tennant. This was followed up by Tom Dearnaley ghosting through the tiring defence to put down under the posts and finally Damien Chabas capped a fine individual performance with a deserved try in the closing stages.

This was a pleasing display in front of a good home crowd, with the Glossop forwards working well both in the set piece and in the loose, complimented by a clinical performance by the back line which was well marshalled by Tennant and Dearnaley.

The Hillmen sit third in North 2 West, four points adrift of leaders Manchester but having played a game less. Should they win their game in hand they would be propelled to the top of the league and into automatic promotion territory.

A stern test awaits next week when Glossop visit Northwich to take on Winnington Park, who historically have proved to be thorn in the Glossop side.