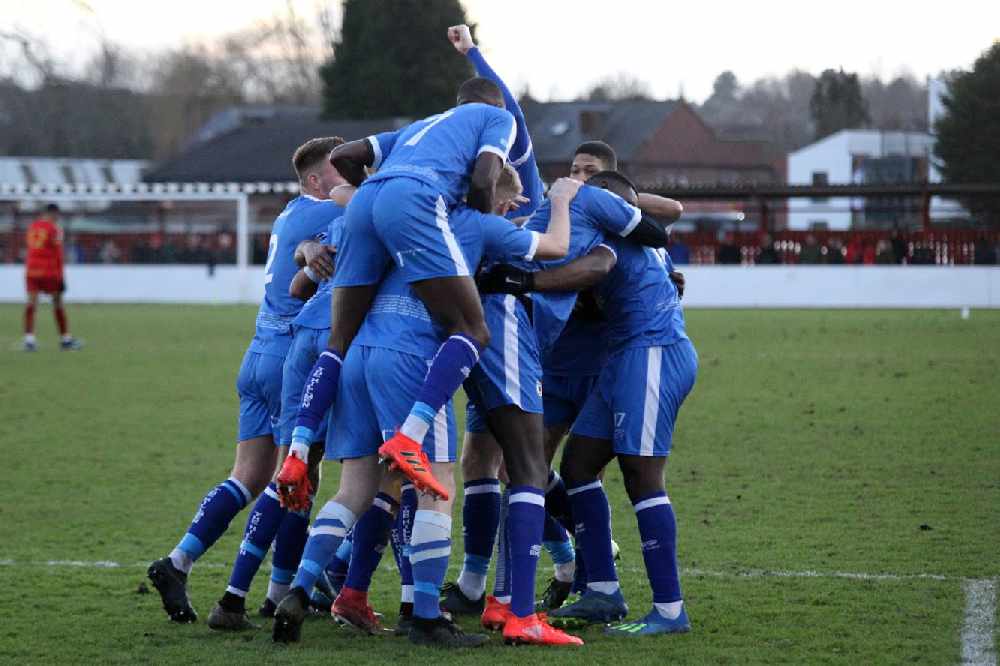 Glossop travelled to Ilkeston on Saturday with a lengthening injury list and a squad close to the bare bones.

Jack O’Leary started his first game on his loan return and Alex Rosenberg made his full debut. He replaced leading scorer Ahmadi who has suffered an injury which will keep him out for a long period. Both teams and the large crowd paid tribute to Matlock Town’s Jordan Sinnott before the game began.

In the circumstances, the travelling fans arrived more in hope than expectation but from the off, Glossop were on their game and put in an all action 90 minutes. Maeico’s dribbling run took him into the box but his shot was parried by the home keeper. Then excellent approach work from Burey produced a shot from Rosenberg which was just wide. At the other end, Latham had to pull off a flying save to a shot heading for the top corner. A cross from Mills gave Maeico a clear header at goal but he was off target.

Glossop started the second half on the front foot, and they created several half chances. Ilkeston then had their best period of the game but the GNE defence stood firm and Latham produced another good save. After 70 minutes, Glossop’s superior fitness started to tell, and they moved forward with menace. A shot was cleared off the line and the game seemed to be heading for a 0-0 stalemate. However, on 81 minutes, a long throw from Mills was not cleared by the Ilkeston defence and substitute Henry Limpishi found space to fire home the loose ball. Glossop saw out the last ten minutes to complete their first league double of the season and continue their good form on the road.

Joint Manager Pete Band praised the whole squad for their efforts and believed the performance was up there amongst the best performances of the season so far.