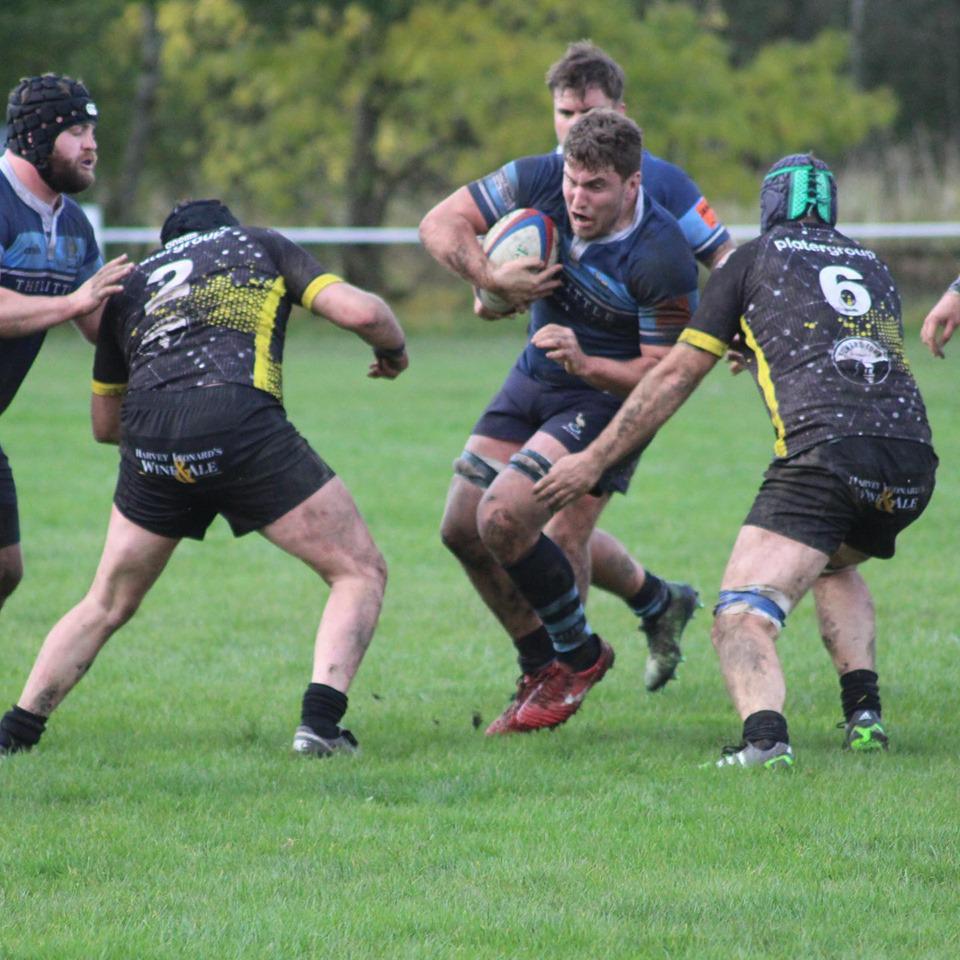 A second half blitz saw Glossop return from Aspull, near Wigan with another five points to keep them top of the league after seven games.

The hosts are new to the division following their recent promotion and they started brightly,  playing like a team well established at this level.

Five minutes later, Glossop hit back and got on the scoreboard after the forwards repeatedly hammered the Aspull try line, with Damien Chabas forcing his way over to give Glossop a two point lead at 3-5.

For the remainder of the half, Glossop were put under real pressure by the home team, falling well short of the standards they have set themselves in previous weeks.

On 20 minutes, Aspull took the lead from Glossop when flanker Bennett scored a try which Reeve converted. Before half time, Reeve punished Glossop’s indiscipline with two further penalties and the teams turned around at 13-5.

In the second half, the Hillmen came out transformed and put together a much improved performance. The forward pack, marshalled excellently by scrum half Sonczak, took the game by the scruff of the neck and their powerful and dynamic playing style took the game away from the hosts, who struggled to keep up with the pace and intensity set by the visitors.

The Glossop scrum was particularly dominant, meaning Aspull rarely had clean front foot ball to release their back line. The line out was also functioning well for Glossop, and from this platform they were also able to impose their strong driving maul on the hosts.

A standout performance from Chabas in the back row saw him add to his earlier try  with a second half hat trick to rack up a personal haul of twenty points. Other try scorers were Dave Stanley, who powered over from a scrum close to the Aspull line and second row Sam Gibson who coasted through under the posts in the final few minutes.

Rob Sonczak kicked well both out of hand and from the tee being successful with five conversions and a penalty.

In response to Glossop’s 38 points in the second half, Aspull only managed a solitary penalty, despite resolutely pushing for a score in the final two minutes. Final score Aspull 16,  Glossop 43

After a disappointing first half where Glossop seemed unable to get going, the dominant second half pleased the coaching staff and Glossop now look to a tough test next week when Bolton visit Hargate Hill.