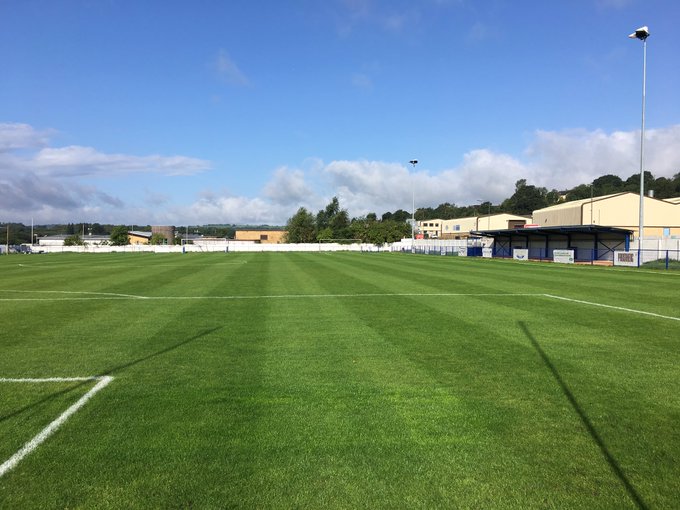 It was a different game over the weekend as Glossop lost 1-0 at home to Sutton Coldfield in a fixture that included four red cards.

Glossop had the first chance after four minutes as Dylan Fitzgerald tried an effort from range but the keeper gathered comfortably.

Just one minute later Sutton thought they were ahead as they worked a good move but as the shot came in it rebounded off the post.

In added time of the first half, Glossop had a great chance after some great play down the right-hand side saw a ball floated in which bounced kindly towards Braulio Maeico but he could only stab his effort straight at the keeper.

Sutton started the second half in a positive manner and in the 50th minute they went close as Reece Leek dribbled through the midfield and fired a powerful shot towards goal but Dale Lathum saved well to keep it out.

Maeico went close again for Glossop as he tricked his way around the box and fired a shot towards a goal but the keeper was there to gather.

In the 80th minute, the deadlock was broken with a superb goal from Sutton’s Leek. He got the ball on the left after a big punt upfield as he took the ball onto his right foot and curled a lovely effort into the left-hand corner.

In the 86th minute, Mohammed Sheriff had a great chance to level the score after a cross was whipped in and he had a free header at the back post but he headed over the bar.

In the 87th minute, Sutton were down to ten after Ryan Shaw was shown a second yellow card for dissent.

The game ended 1-0 and Glossop’s poor home form continued but three red cards were given out after the game. Glossop’s Maeico was sent off along with Reece Leek and James Beresford after an altercation.