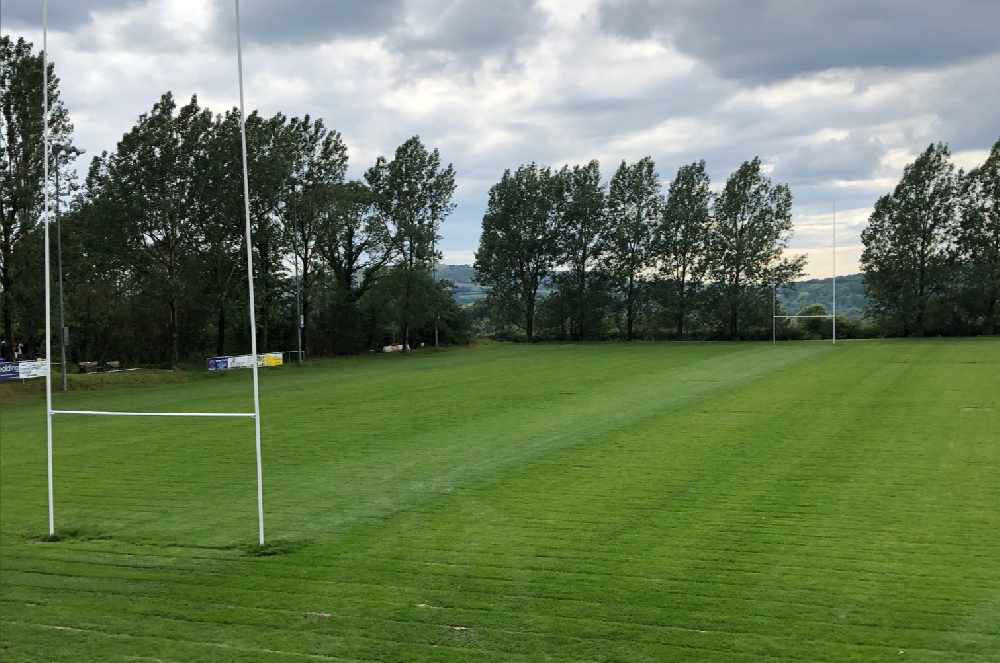 There was a healthy crowd in attendance to see Glossop play their first home game since their promotion to Level 6.

Following an opening day draw at Altrincham Kersal last week, this weeks opponents were the once mighty Firwood Waterloo, a club rich in history and very well established at this level.

It was The Hillmen that would take the spoils in their first meeting, however, with Glossop’s forward dominance paving the way to a 31-24 victory.

Early Waterloo possession was well defended by Glossop,  who looked up for the challenge in the opening exchanges. Soon it was the visitors’ turn to put in a defensive shift, and on the fifteen minute mark a good turnover by Waterloo saw them kick from inside their own half to relieve pressure. The ball took a wicked bounce to wrong-foot  the Glossop back three and visiting fly half James Ratcliffe gathered and scampered in unopposed for a converted try.

Undeterred, the home team stuck to their task, and over the next ten minutes they displayed their power up front with a number of strong scrums and mauls. Having progressed well into Waterloo territory, a clever box kick over the top by scrum half Jonny Tennant was well chased by replacement winger Joe Parker, who won the foot race to dot down in the corner. Rob Sonczak landed the tricky conversion with assistance from the upright to level the scores.

On the half hour, Waterloo’s reliable kicker O’Brien was on target with a long range penalty to edge the Merseysiders in front, 7-10.

Glossop’s response was prompt, and a few minutes later a line out drive was followed up with a strong midfield carry by Lewis Winterbottom. Chris Sonczak was in support and showed great footwork to score to the right of the posts. Brother Rob nudged over the conversion and Glossop carried a 14-10 lead into half time.

The visitors came out of the blocks fast in the second half, and retook the lead with a well worked try from prop Jenkins after sustained pressure.

It took just five minutes for the Hillmen to respond, when another midfield break by Winterbottom had the Waterloo defence scrambling. Another clever kick over the top from Tennant was this time chased and gathered by Chris Sonczak, who touched down for his second try of the day. Rob Sonczak was again on target with the conversion and Glossop led 21-17.

With the Glossop forwards exerting more pressure in the set piece as the game went on, a catch and drive from a line out was controlled well and driven over the Waterloo line. Harry Moore emerged from the bottom of the pile with the ball, for a well deserved bonus point try. Sonczak again converted to give Glossop a little breathing space at 28-17.

With ten minutes to play, the visitors refused to roll over, and in keeping with the see-saw pattern of scoring that had preceded, Waterloo launched an attack deep in Glossop territory and hooker Tindall crashed over for a converted try to bring them back to within four points of the hosts.

The final score of the day went to The Hillmen, with Rob Sonczak landing a fine penalty from long range, putting Glossop seven points to the good.

For the final few minutes Waterloo pushed hard to find an opening, but could not break down the home defence. Finally Glossop were able to effect a turnover and bring an end to what was an entertaining fixture played in good spirit.

Next week Glossop visit Wilmslow looking to continue their strong start to the season.