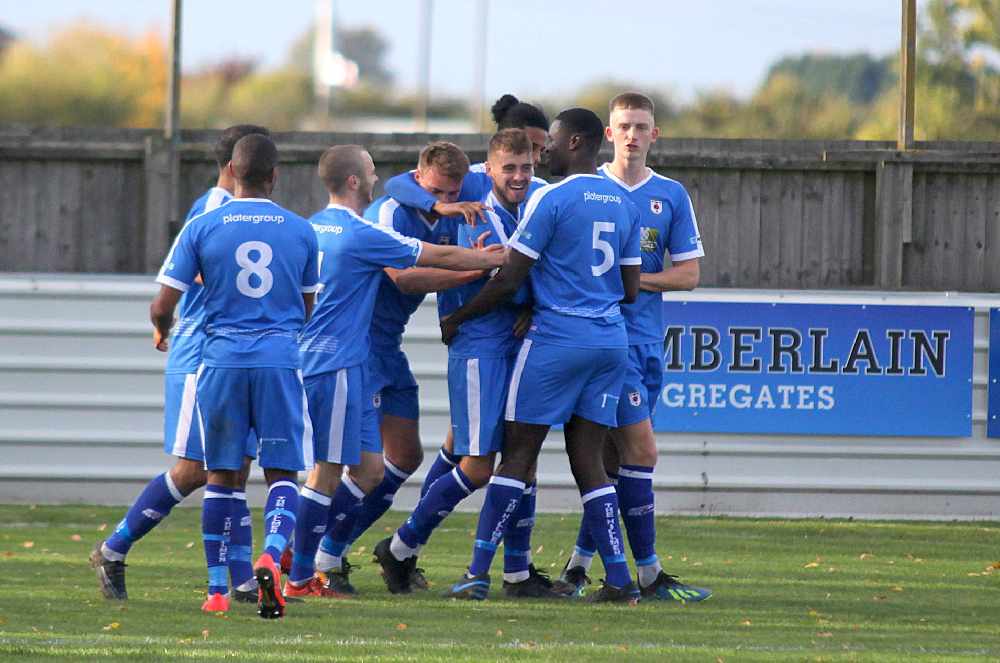 Glossop battled to a 1-1 draw away at Wisbech Town over the weekend in a game where both teams can be satisfied with the point.

Going into the game the two teams were separated by a point with a relegation fight looming it a was a huge fixture for both sides.

Glossop started the game brightly and their pressure came off in the 12th minute as they opened the scoring through Jordyn Fitton. The striker headed in a Bevan Burey cross at the back-post leaving Wisbech Goalkeeper Sam Wilson left with no chance.

The Hillmen’s joy was short-lived however as Wisbech were level just five minutes later. The goal came from Liam Marshall after a towering header as he latched onto a beautiful delivery from Declan Rogers. A fiery start after the opening 20 minutes in this hotly contested game.

In the 27th minute, Glossop should’ve been ahead after a cross picked out Porya Ahmadi who had a free header from just 5 yards from goal, but Sam Wilson saved superbly to keep it level.

On the 39th minute, Wisbech should’ve done better after some nimble footwork by Tiago Nassunculo on the right-wing to outwit his man and cross a teasing delivery past the six-yard box but no one gambled for the tap in.

In the second half, Glossop started brightly and their best chance came in the 59th minute as that man Ahmadi again had a chance from just yards out but his shot was saved brilliantly again by Wilson.

Ahmadi had the chance to win the three points for Glossop with a freekick from just outside the box in the 88th minute but he curled it just over the bar.

And in the 93rd minute, Wisbech had the chance to snatch the three points as Antonio Jaquite created some space in the box but Dale Latham saved superbly for Glossop to save the point which was the least they deserved.

The result leaves Glossop in 16th place on ten points after eleven games.