Glossop fight back to take victory 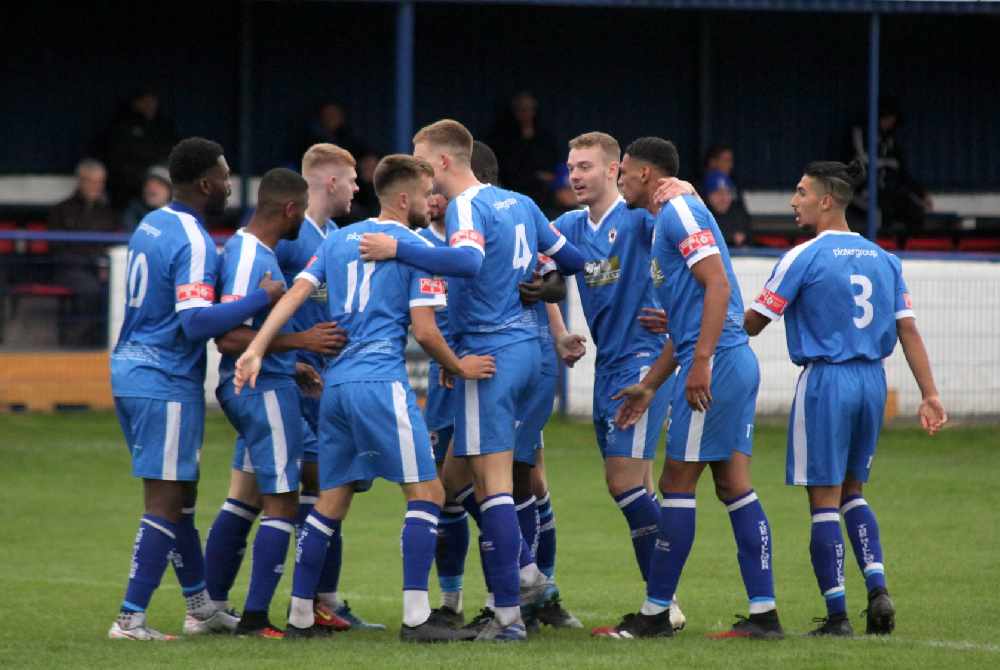 The Hillmen recorded their first win of the season in front of 254 spectators at the Amdec Forklift Stadium on Saturday.

A cagey first half saw both teams have chances, but the game seldom left the middle third of the pitch.  Cleethorpes had the edge and consistently looked dangerous.  Glossop’s first real sight of goal came 34 minutes in, with the Cleethorpes centre half, caught in possession. Hawley squared it to an eager Fosu-Mensah, who had to settle for a blocked shot from 25 yards.

The deadlock was broken just before the break. Hannah crossed a low ball to the back post, where Cleethorpes captain Scott Vernon met it with outstretched right foot from four yards. Glossop were jolted and finished the half strongly, with Hawley looking dangerous.

After the break, Glossop’s first attack yielded the equaliser. A counterattack saw Hawley pick the ball up on the halfway line. He found Fitton, who sent a long cross into the Cleethorpes box. Burey’s shot hit the Cleethorpes centre half and cannoned into the net.

On 56 minutes, Vernon let fly from the edge of the box, but Latham dived well to his left and tipped the ball over the bar to keep the scores level.  On 70 minutes, a long ball from Yoak reached Hawley, who passed neatly to Fosu-Mensah just outside the box, The Dutch striker hit a low shot to the bottom right of the goal.  The Glossop faithful erupted and at last the fans had something to sing about.

Goal scorer Burey was sent off soon after, picking up two yellows in quick succession. Cleethorpes pushed forward but the home team saw the game out.