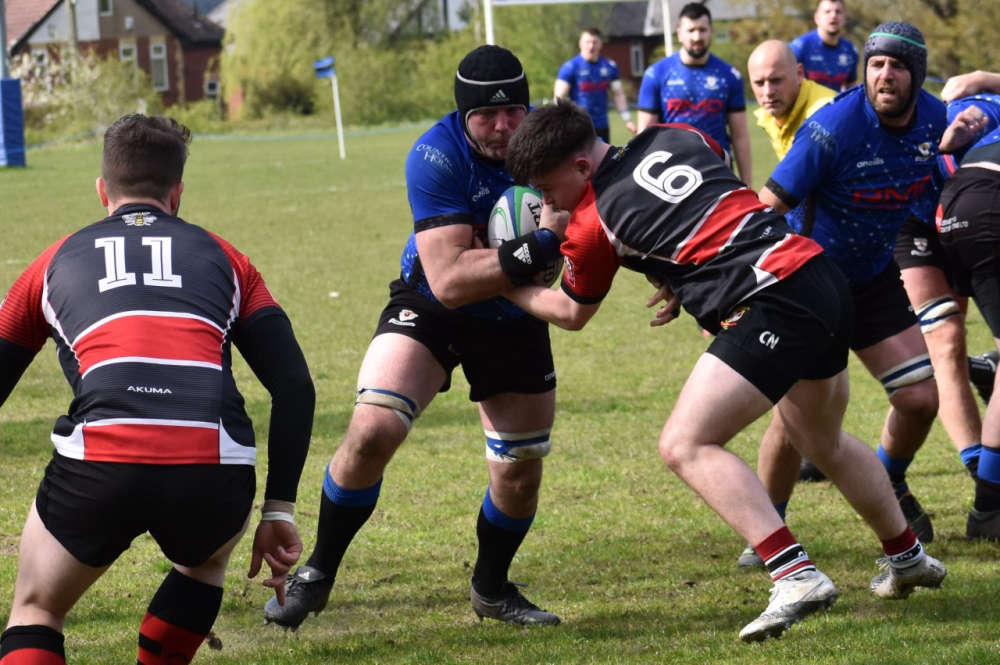 Saturday was a very blustery day on the hill with Glossop welcoming Altrincham Kersal. It was a draw in the away fixture at Kersal earlier in the season, so with Glossop having lost only two games at home, there was a buzz about the place and a feeling amongst the crowd that Glossop had a chance to end the season on a high.

Altrincham had the wind advantage in the first half and took advantage of a slow start from the Hillmen, racing to 0-7 lead. More poor defence from Glossop led to Kersal scoring two more tries through the heart of Glossop’s defence.

Not for the first time this season Glossop had a mountain to climb and got off to a better start in the second half and dominated much of it. Two quick tries from Tom Benbow and a scrum walk over made the score 14-19.

A converted try was needed to win the game, but despite Glossop's best efforts the Kersal defence held firm.