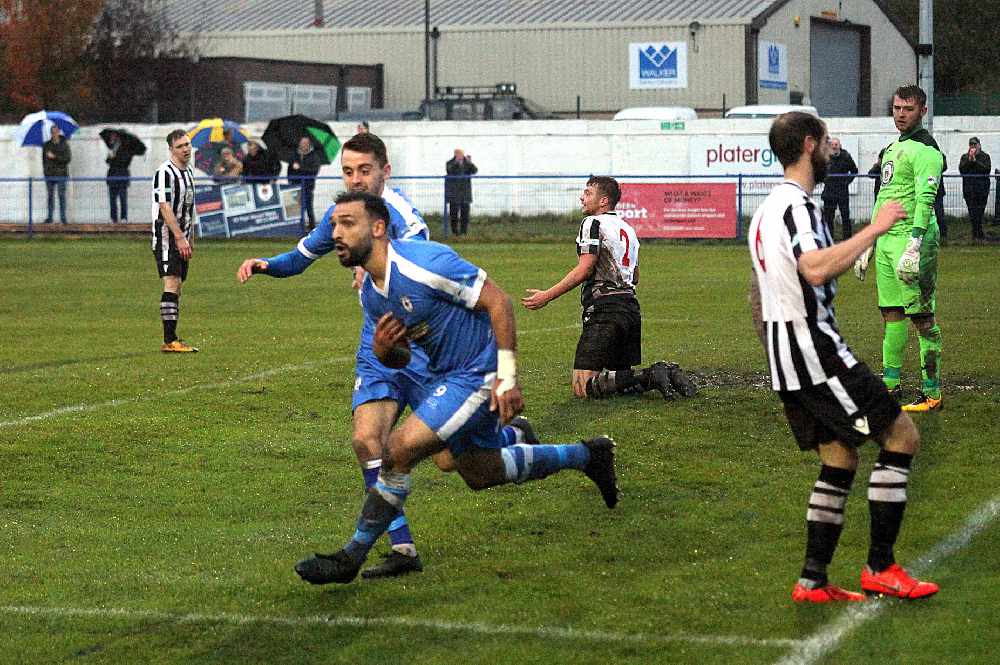 Glossop fought back to secure a 1-1 draw on Saturday afternoon as they hosted top-of-the-table Carlton Town.

In pretty murky conditions in the High Peak, it was the visitors who started much the better. Akaunu opened the scoring on six minutes, picking up a loose ball in midfield, outpacing Reward Mwakona and firing low past Dale Latham in the North End goal.

A clearance from a corner was sliced to Danny Elliott. He slipped the ball to Oliver Clark who cut into the left-hand side of the penalty area and fired low and hard, only to see his shot strike the post with Latham beaten.

Glossop responded and Jordyn Fitton crossed from the left to Jack Tuohy, whose shot drew a fine diving save from Steggles.

Tyler Blake then caused the Glossop defence to concede possession and Elliott fired at goal but Latham did well to keep the strikeout.

Toby Moore, having another fine game alongside Martin Ball, did very well to head a cross from the right away from the danger area.

Carlton should have extended their lead on the 34th minute. Clark won the ball from Bakari Coulibaly on the right-wing. He crossed for Blake who shot just four yards from goal and looked certain to score, only for Latham to pull off an outstanding save.

Ahmadi had the first effort, dragging a shot wide of goal before Steggles made a quite wonderful save, somehow blocking a Tuohy strike at close range that looked a certain goal.

Tuohy then lofted a delightful chip over the Carlton defence to Ahmadi who volleyed high over the bar.

They advanced down the right and when the ball was crossed to the near post Ahmadi fired past Steggles and into the roof of the net. Quite astonishingly, that was the first goal conceded by Carlton away from home in the league this season.

Carlton on the other hand always looked like they might create one more chance and indeed they did, in the fifth minute of added time. Johal crossed, the ball was only half-cleared and Elliott saw a goal-bound shot cleared just ahead of the goal line.

The result leaves Glossop in 14th place with 11 points.