Glossop bounce back from defeat 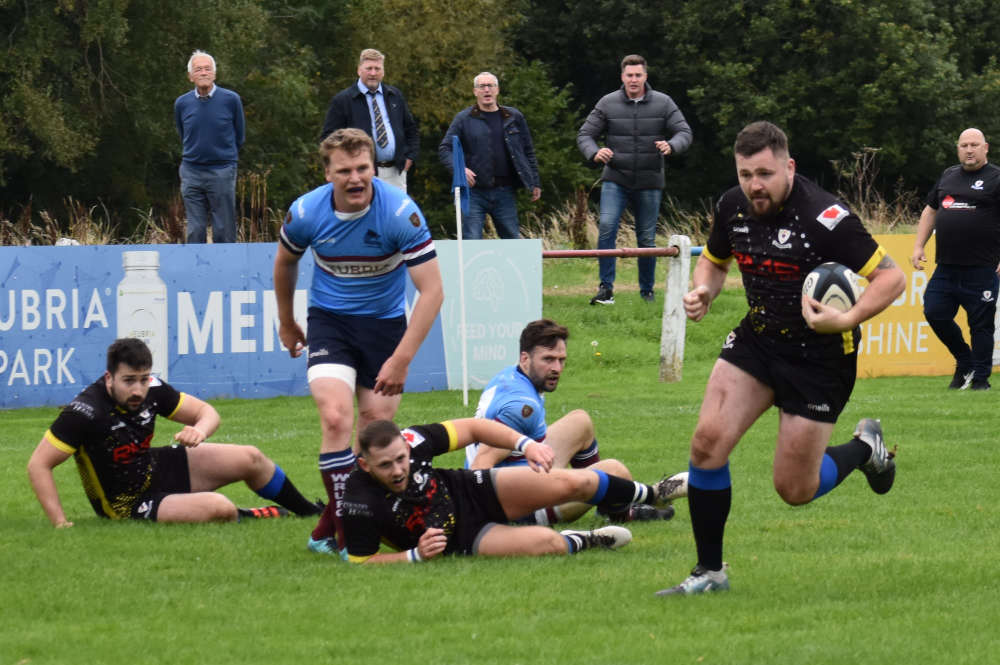 Glossop bounced back well following their first defeat of the season at Stockport last week, with a comprehensive win away at Wilmslow.

The early exchanges were evenly matched, but  Wilmslow were able to take a 7-0 lead when a speculative kick ricocheted around the defence and the home scrum half was quickest to react and gathered to score under the posts.

The visitors responded well, and the travelling faithful were in for a treat before half time with Glossop scoring two excellent tries. Firstly Josh Edwards was on hand to finish off a flowing team move started by Harry Moore, and scrum half Jonny Tennant also scored following a strong break from Lewis Winterbottom. Rob Sonczak was successful with both conversions to give Glossop a 7-14 lead at half time.

After the break, it was more of the same from Glossop as they continued to stretch the home defence. Man of the match Kieran Wain scored his first try of the season, and shortly afterwards Sam Wilkinson followed suit, giving Glossop an all important bonus point and a healthy 7-28 lead with twenty minutes to play.

A fifth try scored by Max Horsfall on the left wing looked to put the game to bed, as Glossop entered the final quarter leading 7-33.

However, Wilmslow showed great resolve to concede any further points and in fact dominated the remainder of the game. The visitors, creaking under the Wilmslow pressure, began to fall foul of the referees whistle and would see yellow cards shown to Rob Sonczak, Dave Stanley and Sam Wilkinson. Unsurprisingly, Glossop were now further under the cosh and Wilmslow scored two well constructed tries in the final ten minutes to leave the scoreline at a much more respectable 21-33.

Next week (October 16th) Douglas make the journey from the Isle of Man to take on Glossop, with a revised kick off time of 1330.