Glossop begin 2020 with hard-fought away victory 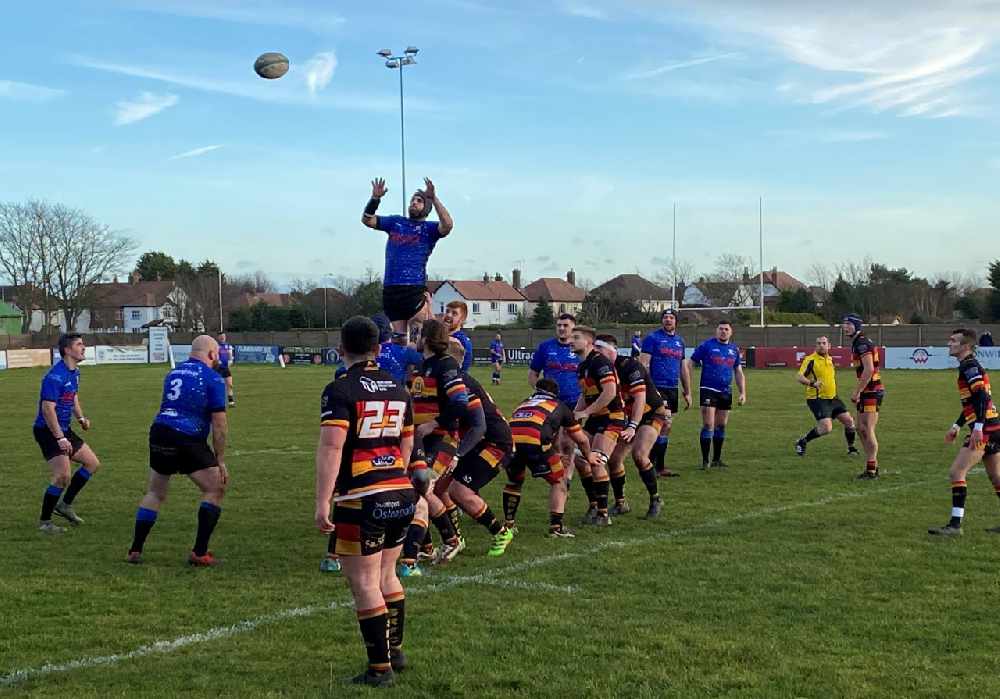 Following a two week break from league action over the festive period, Glossop opened their 2020 account with a tough fixture away at Southport, the in-form team in the league who had won their last six league matches in a row.

The Hillmen had a strong squad to select from, with only Lewis Winterbottom (illness) and Jake Gibson (suspension) unavailable for the trip to the seaside town. A reshuffle saw Tom Dearnaley slot back in at fly half with Zak Round pushing out to play centre.

The opening half saw some exciting rugby played by the visitors, playing into a stiff breeze but showing no sign of rustiness after the Christmas period. Both the backs and forwards linked well and the team showed a commendable ambition to attack wide with an expansive style of play, pleasing the large crowd.

Southport rarely touched the ball in the opening 40 minutes, with Glossop dominating possession and territory but all too often, mistakes cost them and allowed Southport to stay in the game.

The Glossop account was opened by Josh Edwards who crashed over after just a few minutes, following some patient build up play to give Glossop a 0-5 lead.

The hosts looked shellshocked and their cause wasn’t helped when Glossop No.8 Dave Stanley powered over from a strong scrum close to the Southport line to add another Glossop try, 0-10.

Southport found a way back into the game when against the run of play, a Glossop mistake gifted them a penalty, which was converted by home captain and fly half Charlie Attis to make it 3-10.

Attis soon followed up his first attempt with another well struck penalty to keep Southport within touching distance at 6-10.

Unfazed, Glossop got back into their rhythm and launched another attack deep in Southport territory. After numerous phases, scrum half Jonny Tennant squeezed over from close range in typical fashion for a try which this time Dearnaley was able to convert, increasing the Glossop lead to 6-17.

Before the break, Southport would land two more penalties to leave the game in the balance at 12-17, despite Glossop having dominated the game for most of the half.

With the wind at their backs in the second period, Glossop again showed some attractive attacking play, the pick of which culminated in a superb team try, finished by Greg Moran after the ball was shifted from left to right through numerous pairs of hands to give Glossop a deserved fourth try bonus point. With the wind in Glossop’s favour, Dearnaley converted to give Glossop some breathing space at 12-24.

However, Attis would yet again punish Glossop’s indiscipline with a further penalty (15-24), frustrating the visitors who couldn’t seem to break free on the scoreboard. 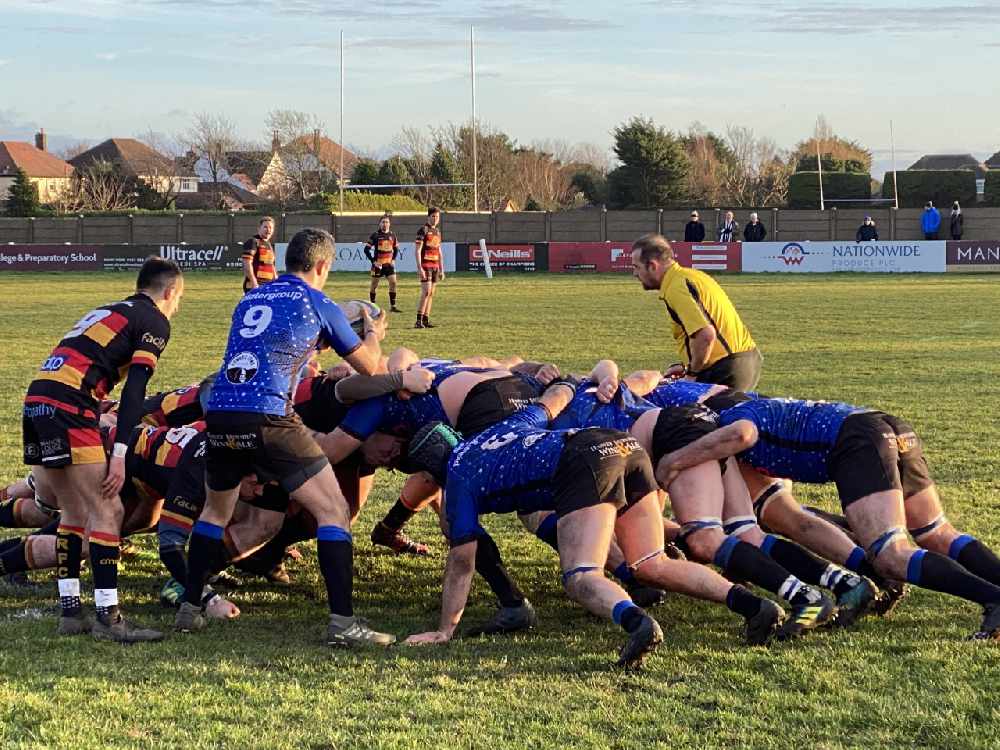 At the mid-point of the second half, Southport enjoyed their best spell of the match and forced Glossop into a tough defensive shift. Despite the visitors now being on the back foot, their defensive efforts were rewarded when Tom Dearnaley intercepted a loose pass on halfway and set off for the Southport line. Matt Sonczak was in support, and sprinted in for an unconverted try to stretch the Glossop lead to 15-29.

The final 20 minutes belonged totally to the home team. Glossop found themselves infringing at a worrying frequency, and they were made to defend with 14 men when Jack Bailey was yellow carded.

With a numerical advantage, Southport pressed the Glossop line and scored a deserved try wide on the right which was converted to make it 22-29 and bring Southport to within one try of the Hillmen. The wave of Southport attacks continued, and with Glossop under pressure, Sam Wilkinson was shown a yellow card for repeat team indiscipline.

The final five minutes saw a huge defensive effort from Glossop. Southport battered the Glossop line looking to level the scores, but the defence held strong, eventually turning the ball over when time was up. This was an excellent defensive effort to match the attacking play which had been on display earlier in the game.

Director of rugby John Openshaw said of the performance: “For the first game after the Christmas break the lads looked fantastic and sharp. The patterns of play were precise and it looked as if we had never been away.

"We should have dominated this game from start to finish scoring five tries to Southport’s one. The reality was that our indiscipline caused a high penalty count against us which allowed Southport to stay in touch until the end of the game.

"With Glossop down to fourteen men on two occasions, the lads showed great spirit in keeping Southport out as they relentlessly attacked our line. I am pleased with the result and this is a great start to the new year.”