Gaz and co. do the business 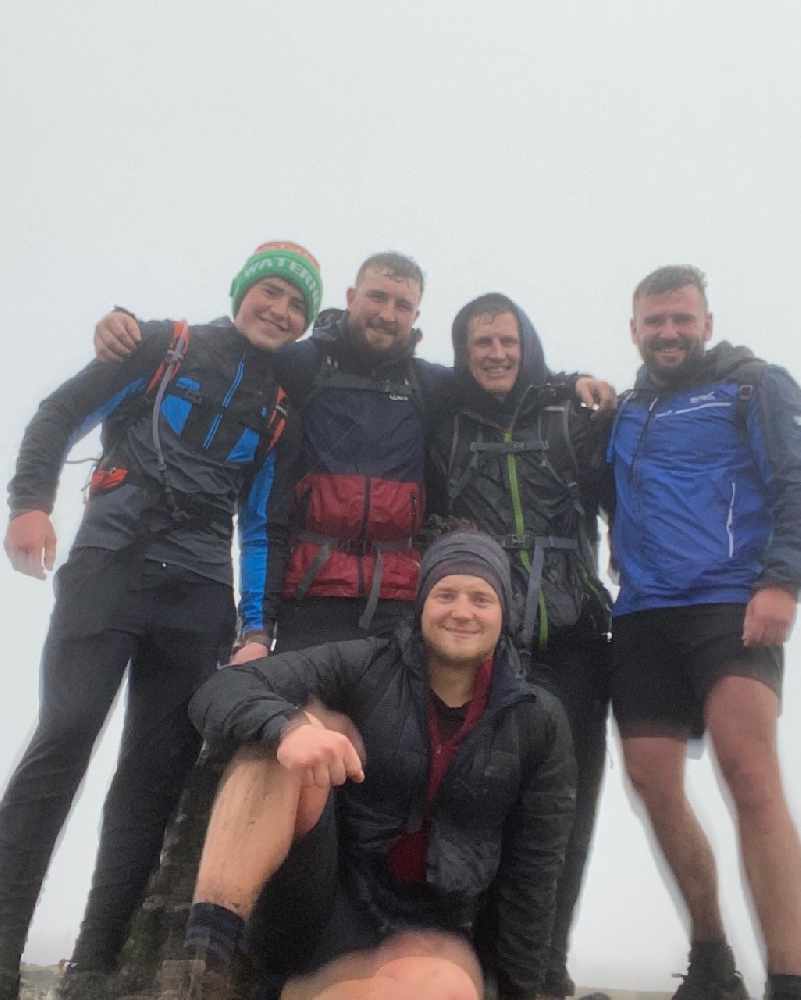 Moorside-based Owen, a Waterhead junior before embarking on a pro career that took him to Salford, Sheffield and hometown Oldham, where he has been captain for the past four years, conquered Pen-y-Ghent, Whernside and Ingleborough with his pals and current Waterhead players Mitchell Birch, Matty Holland, Dale Lowe and Jenson Hamilton.

They were raising money for 19-year-old Thomas, a grandson of Waterhead legend Steve Webb, who is desperately in need of a communications device costing more than £8,000.

Said Gareth: "The initial target is £4,000 and we're about 85 per cent of the way there. A massive thank-you to everyone who has donated and who sent best wishes.

"We set a seven-hour target and we finished a few minutes outside it but considering the appalling weather and to say that none of us had previously hiked anything like that distance, or those gradients, we were very proud.

"Once we reached the third peak it was nine miles back to the car and that's when the pains started.

"Two of the lads started to cramp up and my knees, groins and a foot gave up on me, but we were delighted to get behind a cause like this and we wish Thomas and Shirley, his grandma who is spearheading the fund-raising, all the luck in the world."