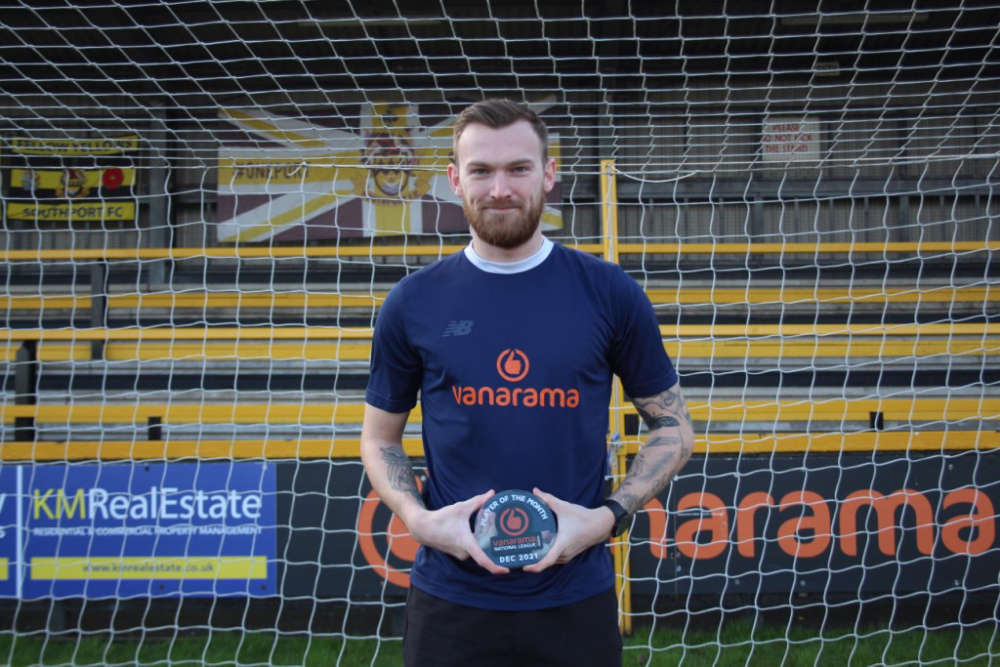 Former Curzon Ashton goalkeeper Cameron Mason has been awarded the National League North Player of the Month Award for December.

Mason, who was Curzon's longest-serving player before his departure in the summer of 2021, conceded just one goal in the month.

The former Chesterfield shot-stopper helped Liam Watson's side to five victories and one draw in all competitions, propelling the club sixth in the National League North.

During his time with Curzon, the 25-year-old found his efforts rewarded with a call-up to the England C squad in March 2020. However, due to events that unfolded just a few weeks later with Covid-19, Mason was denied the chance to make his bow for the Three Lions.