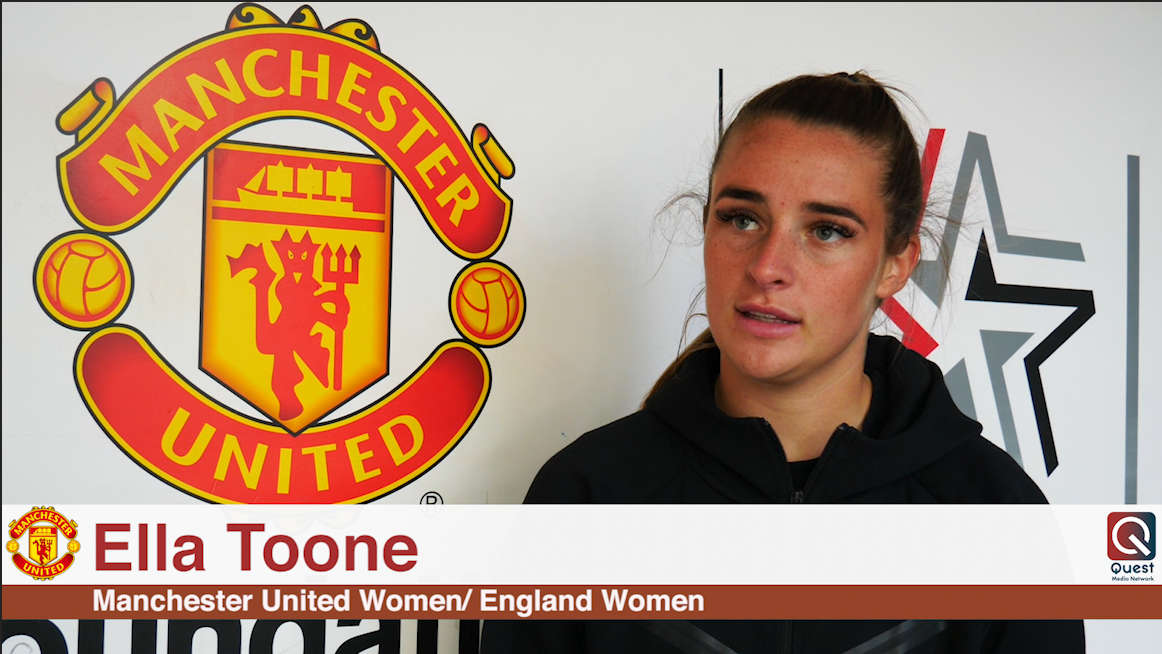 After an outstanding season with the Manchester United Women’s Team,  Dynamic midfielder Ella Toone has been named as the club’s Player of the Year.

The 22-year-old scored nine goals in 29 appearances for the Red Devils, while adding eight assists.

Ella’s work-rate on the pitch has been matched by her efforts off it, with her ongoing efforts in the local community being rewarded with the Manchester United Foundation Community Champion award.

Ella, who has also played for Manchester City and Blackburn Rovers, recently visited Great Academy Ashton to inspire the next generation of girls and to help increase female participation in sport.

Ella has also recently been called up to the England Women’s provisional squad ahead of Euro 2022 in July.

If selected as part of the Three Lions’ confirmed squad, Ella will prepare for an opening round fixture at Old Trafford against Austria on July 6, before taking on Norway on July 11, and Northern Ireland on July 15.

This year’s final will take place on Sunday, July 31 at Wembley kick-off 6pm.