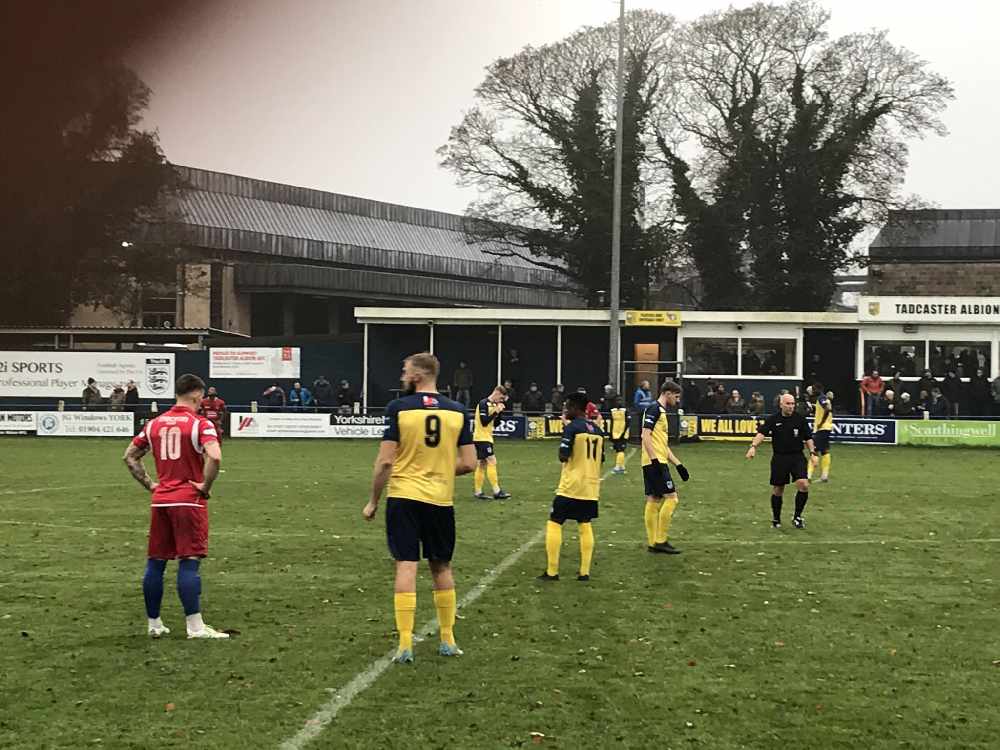 A mistake by Chris Thompson and a superb strike by Dos Santos on the stroke of full time saw Droylsden fall to a 2-0 defeat at Tadcaster.

Despite the home side having much of the ball in the first 45 minutes, the Bloods' defence had held firm until Thompson, collecting a back pass, was dispossessed by Jason Day who set up Donald Chimalilo to score just before the half hour mark.

Tadcaster had started strongly, with Day letting rip a shot after just two minutes which clipped the cross bar. However, until the goal, chances had been few and far between.

A Domaine Rouse free kick, well saved by Burn in the Taddy goal just before half time, was the Bloods' best chance of the half after Danny Wilkins was felled as he broke from the half way line.

The game opened up after the break, Day had a great opportunity for Taddy but could only head straight at Thompson, while Chimalilo should have done better when he skied his attempt high over the bar.

At the other end Kane Hickman’s effort also cleared the bar after Danny Wilkins' cross was only half dealt with by the Tadcaster defence.

With 15 minutes left, Droylsden should have equalised, Rouse stretching at the far post putting his effort over the bar but after that it was all one way traffic.

Thompson saved at his near post from Dos Santos and cleared from out of his area after a ball over the top found day. Mbeke headed over unmarked from a corner before a strike from Dos Santos on the stroke of full time put the result beyond doubt.