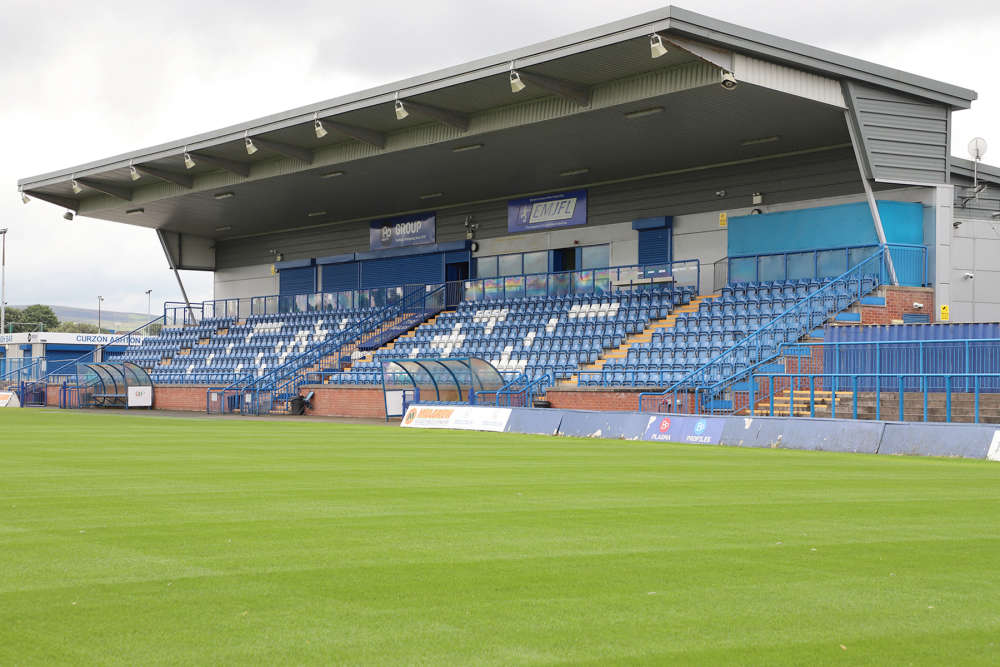 Curzon Ashton came into the game on the back of a four-game unbeaten run. Having not scored in their last two, the home side were looking to turn around their poor goalscoring form. The Nash sat 6th in the National League North table, level on points with the visitors to the Tameside Stadium, Gateshead.

It was a slow opening 15 minutes, with neither side grabbing the game by the scruff of the neck. Gateshead had the better of the proceedings, failing to capitalise on a short back pass by Jack McKay. This followed a fantastic attempt by Gateshead’s Ward, who saw his long-range effort fly just over Chris Renshaw’s crossbar.

The away side’s pressure paid dividends when Mike Williamson latched onto a corner in the 17th minute and fired a first-time finish past a despairing Renshaw in goal. The goal seemed to spur some life into the Nash, who fought back with a couple of good chances through Alex Curran and captain Craig Mahon.

Gateshead replied with two great chances for themselves, first Ward going through on goal and seeing his shot cleared off the line by Matt Challoner and then again, the Gateshead number 12 being thwarted by a superb Renshaw save. On the verge of the break, the away side forged a great opportunity down the Curzon right with Olley firing inches wide of the upright.

Going into half-time the away side had seen much the better of the chances, forcing Renshaw into a few great saves, with Curzon really struggling to impose themselves into the game. Williamson’s goal separates the two sides at the half.

Curzon came fast out the traps with forward Nyal Bell fashioning an opportunity for himself with a great touch, firing his shot wide of the post. Another half chance for the Nash with Alex Curran seeing his volley flash past the post, following a Mahon cross.

Just shy of the hour mark the Adam Lakeland made a double substitution in the hopes of changing the game, seeing Matty Waters replace Matty Rain and a return to action for Adam Thomas, taking the place of Nyal Bell. Thomas jumped straight into the action looping a cross just over the Gateshead crossbar. Although seeing the better of the play, the Nash were unable to create any clear-cut chances for themselves.

Gateshead saw a great chance go abegging midway through the second half, seeing a header go wide of the post off the back of a free kick. Once again, the away side saw two great chances with 15 minutes to go on the clock, first Campbell forcing a block out of Barton and Ward, once again involved for the away side, this time cannoning the crossbar from 20 yards out.

A great chance for Curzon with 10 minutes left, midfielder Jack Dunn latching onto a loose ball from a corner and firing his shot just wide of the left upright, the home sides’ best opportunity of the match.

As it was, despite the best efforts of the Nash players, the game finished 1-0 to the visitors. Everyone connected with Curzon would be excused for feeling aggrieved to come away from this match without anything to show for it. However, despite the negative result, there was plenty of positives for Adam Lakeland’s team to build on and take forward.