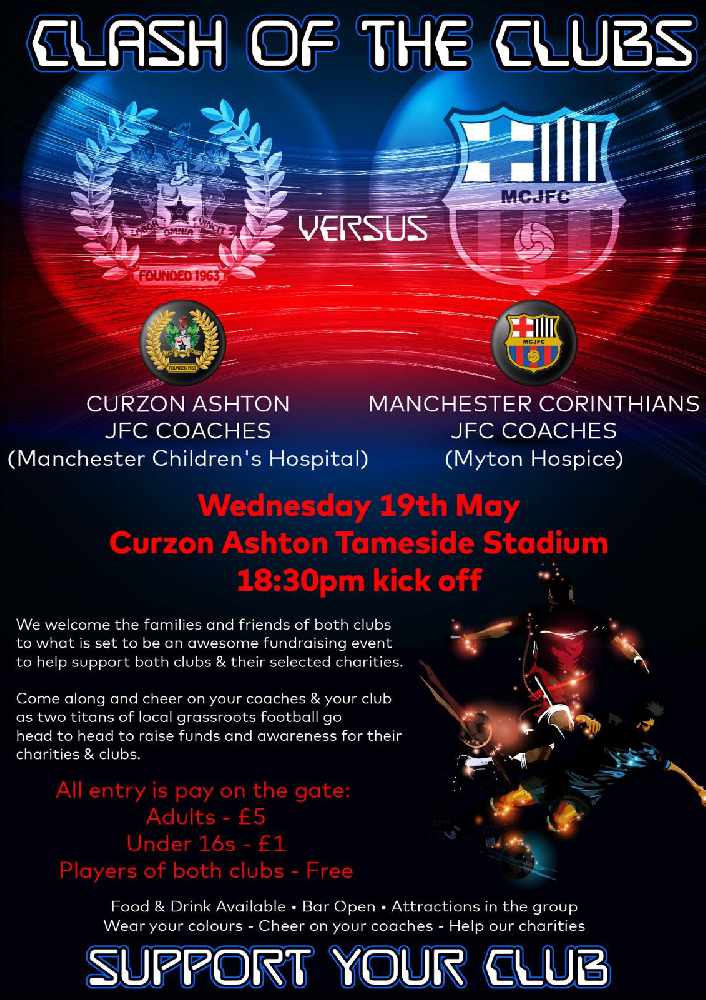 A charity football match is taking place at the Tameside Stadium on Wednesday, May 19 between Curzon Ashton's Junior Coaches and Manchester Corinthians Junior Coaches.

The game is being held to raise funds for the Manchester Children's Hospital and Myton Hospice.

Entry to the game has been prices at 5 for adults and 1 for Under 16s. Players of both clubs gain admission for free. Food and drink will be available and the bar will be open. 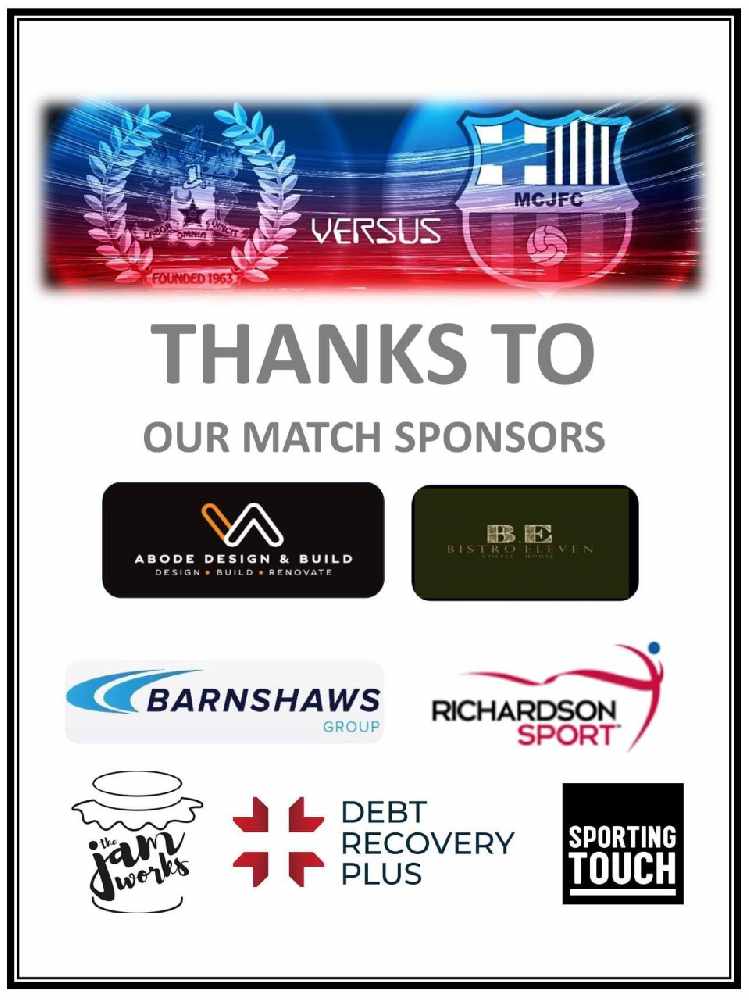 A spokesman for Curzon said: "Curzon Ashton JFC are delighted to stage this event which will see two giants of NW grassroots football come head to head to raise money for two great causes. Two of our Curzon Ashton junior players, Jimmy Gledhill & Tom Jackson are currently being treated on ward 84 at Manchester Children’s Hospital. Both Families are close to the club and everyone at the club wants to show their support. We hope everyone can get down & support both clubs & both causes. " 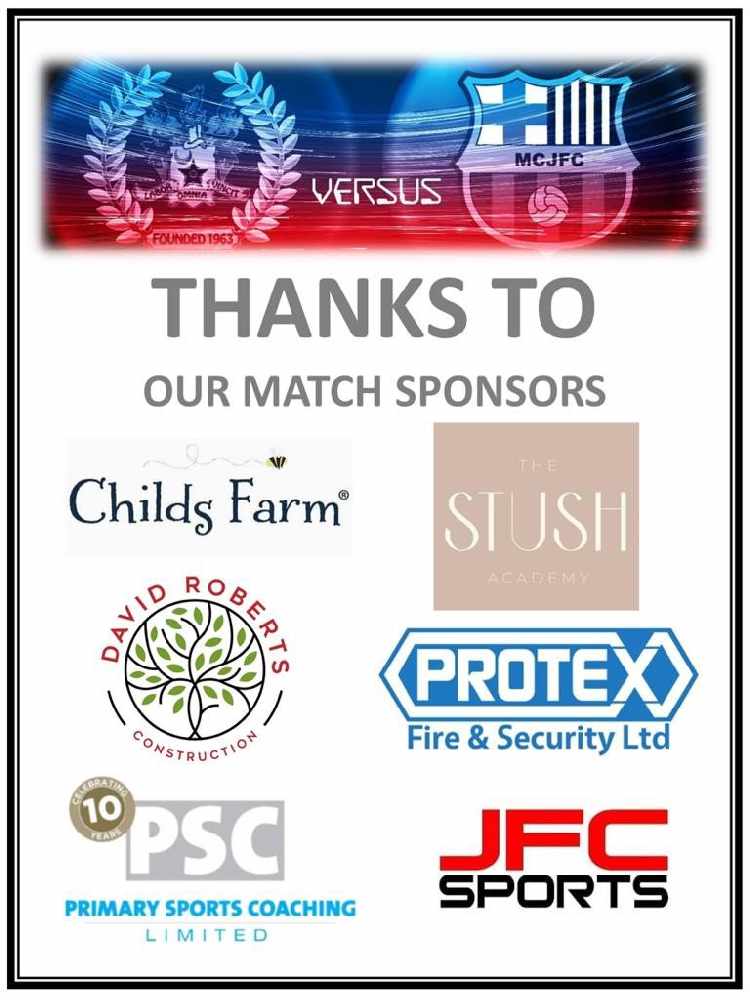 A spokesman from Corinthians said: "We are delighted to come together with Curzon Ashton JFC for what should be a brilliant event in aid of two worthy causes & two cracking grassroots football clubs. Although Myton Hospice isn't local, it's one close to our hearts at Corinthians as they recently cared for one of our parents, Brian Collins before he sadly passed. His son James still plays for the club, so we want to support the charity in Brian's honour. We hope everyone can get down & support both clubs & both causes."