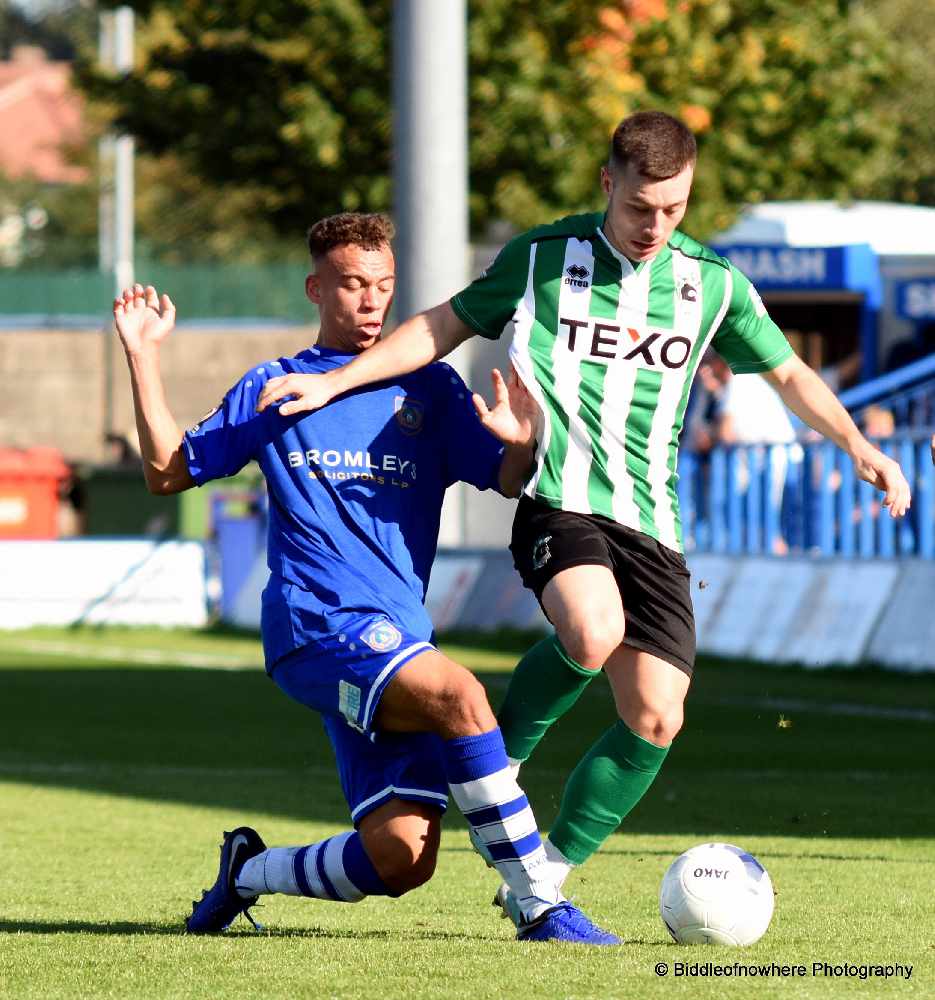 Callum Saunders dinked the Nash into an early lead, but a struggling Blyth side battled their way back into contention through Oliver Scott’s tap in midway through the half.

A stunning strike from Luke Merrill – the first of two screamers from the young midfielder – restored Curzon’s lead before a quickfire double from Callum Roberts swung the tie in Blyth’s favour.

Merrill’s second levelled the scores for a third time only for Roberts to dance past the home defence to complete his hat-trick and seemingly send Blyth into the next round. 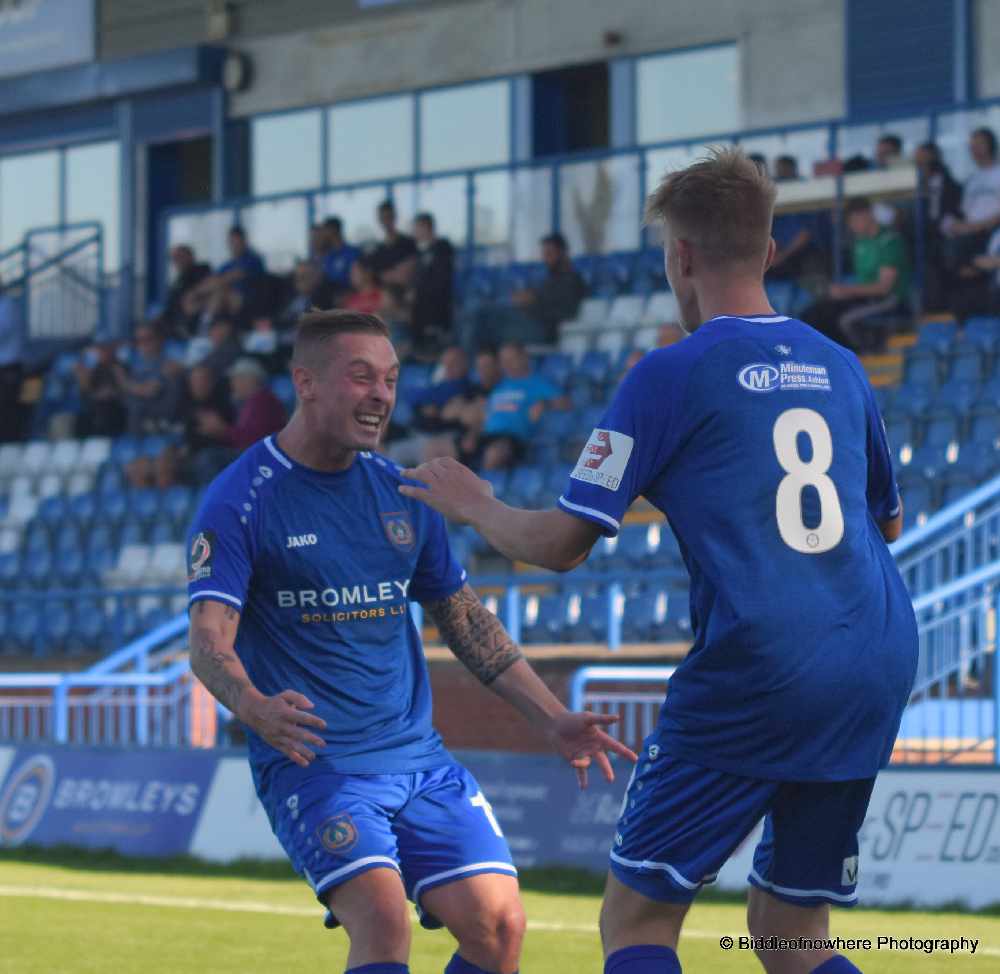 But there was one more dramatic final twist as Trickett-Smith – with his first goal for the club – struck a volley towards goal which struck the post and only barely crossed the line, earning a replay to be played on Tuesday night.

The fact that Spartans doubled their goal tally for the season in a single game will be a concern for Mark Bradshaw, but the overriding feeling at the end of a manic afternoon will be relief that the Nash are in the draw for the next round on Monday.

There were three changes to the Curzon line-up that were heavily beaten by Brackley last week with Olly Thornley and Luke Merrill returning to the team and Trickett-Smith making his first start since joining on loan from Port Vale.

The home side started brightly and Matt Regan had already saw a header flash over the bar by the time Saunders gave them the lead five minutes in.

Trickett-Smith collected the ball inside his own half and delivered an inch perfect through ball for Saunders to run onto, the striker shrugging off the challenge of Lewis Ritson before neatly lifting the ball over the advancing goalkeeper.

Despite that early goal, Curzon failed to take the initiative in the game and Blyth levelled midway through the half.

After Thornley brought down Adam Wrightson on the edge of the box, Cam Mason added another stunning save to his growing highlight reel by tipping Roberts’s free kick onto the crossbar. There was no opportunity to celebrate, though, as the rebound fell kindly to Scott to slam home.

With half time approaching, the Nash retook the lead in spectacular style.

Isaac Sinclair, Josh Askew and Merrill worked a neat passing triangle in midfield with the latter then pinging an excellent ball forward onto the chest of Saunders. He laid it off to Trickett Smith who turned and found the oncoming Merrill who finished the move he started by sweeping an unstoppable first time shot into the top corner from 25 yards out.

The momentum swung back the way of the visitors at the beginning of the second half as two rapid strikes from Roberts put Spartans in front for the first time. The first came as he drilled a low free kick into the bottom corner and his second came with a similarly powerful effort which went under the diving Mason.

A rollercoaster afternoon continued as Curzon found an equaliser of their own just a few minutes later when the lively Trickett-Smith dummied a Luke Wall cutback and Merrill sidefooted another beautiful curler into the top corner.

As time began to run out the game turned into an end-to-end barnstormer with both teams keen to avoid a replay and reach the 3rd qualifying round outright.

Trickett-Smith wasted a fantastic opportunity to put the Nash back ahead with ten minutes left when he shot straight at Blyth ‘keeper Mark Foden and that allowed the visitors to immediately break through Wrightson, whose eventual effort whistled wide of Mason’s right-hand post.

As the clock ticked by 85 minutes, Blyth thought they had won it when Roberts waltzed through a tiring Curzon defence and shot across Mason into the far corner, completing a superb hat-trick in the process.

Thornley was stationed up front in the closing stages as Curzon threw everything at the away defence and in the second minute of added on time they cracked.

With goalkeeper Mason in the box to attack Wall’s corner from the right-hand side, the cross fell to Trickett-Smith in space whose volley struck a post and edged over the line over the diving Saunders’ head.

The ball was hurriedly cleared by a Blyth defender, but after fierce protestations from the Curzon players and some consultation with his linesman, referee Matt Corlett awarded the goal.

Debate raged at full-time as to whether Saunders got the final touch, but the important thing is that the Nash have kept their FA Cup hopes alive.